Wow, it’s been awhile…ummm about a month and a week to be more exact. I’ve been busy, lazy and also pretty happy with my hair for the past few weeks. But at least I’ve been taking pics so there’s stuff to catch up on. I took out my fro braids about four weeks after braiding them. They didn’t last as long as last time, volume wise cos I had more shedding but they did their job. So I’ll start off with those… 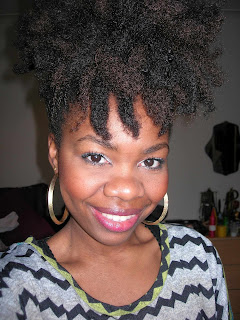 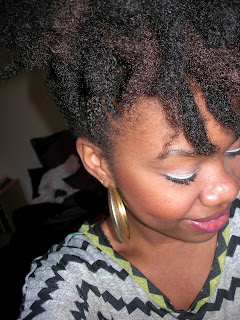 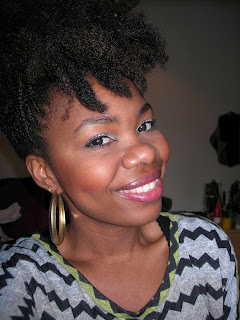 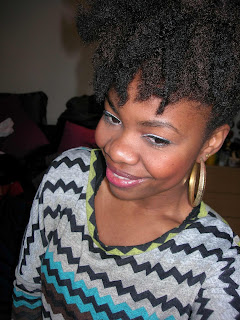 This and the high side pony became my go to styles after about week 1.5. For some reason the hair was locking and shedding quicker than they did last time. When I took them out, I was worried my own hair had also locked but I was very careful with how I detangled it afterwards. As usual, I DC’d but then I decided I’d try doing bantu knots for a different way of stretching it. I split each section into two and twisted them around each other and then twisted the now joint hair around until it spiralled onto itself. It seemed to work and stay in that way… 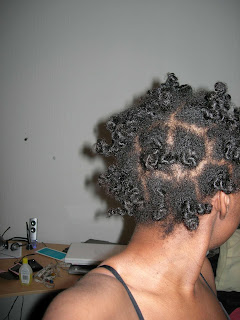 But then when I undid them…oh boy was my hair not happy. It was all tangled and knotted up, not soft at all and overly coiled too. It looked like I had a bad curling session at the salon…you know those tight coils that older ladies wear…not good. So I wasn’t very impressed, especially cos I was prepping my hair to head out. So I had to do some damage control and comb a bit of the hair, after finger combing it and just used my clips to do a twist up. 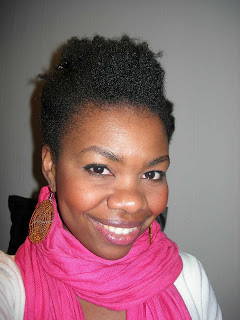 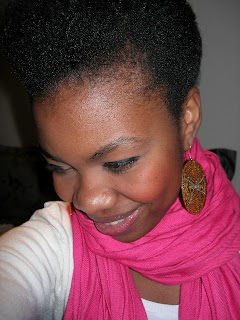 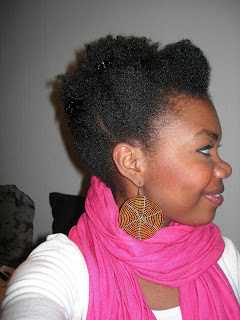 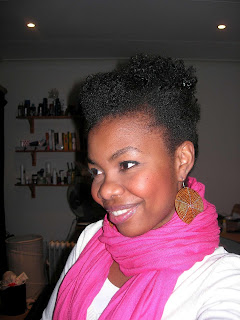 It turned out okay, my hair was still shrunken though but at least presentable. Suffice to say, I’m never doing bantu knots again. I’ll stick to doing my mabutu and flat twists thank you very much.

That eve I had either braided or flat twisted for Monday morning: 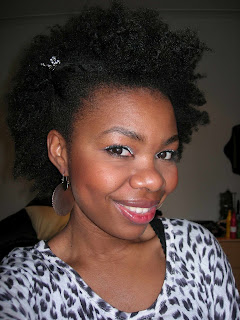 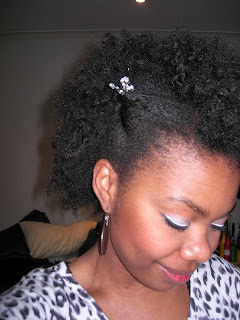 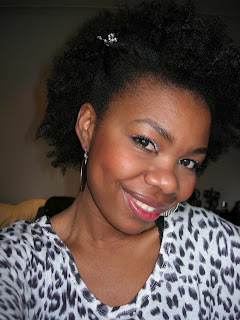 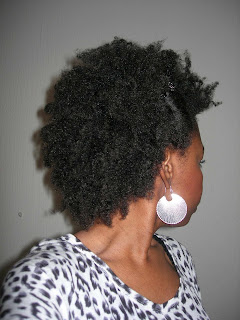 I was happy with how it looked but my hair itself was still a bit knotty from the bantu twists. You can see the curl definition is a bit better at the back but that’s all I’m going to give it credit for. I bought this little butterfly clip over a year ago, when I was so excited to get hair accessories, but like the other red orange one, I still hadn’t worn it until now. Cute an helpful little things those. This was the beginning of my leopard print style challenge week. 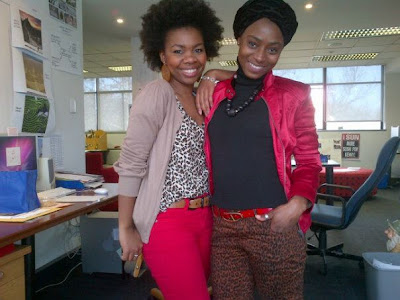 I think this was on Wednesday…let my fro be…I’ve been doing that quite a lot these past few weeks.

Earlier in the week, I finally got my hands on my own leopard print hair scarf/head band. Love the whole wire inside thing so I can shape it how I want. R20 from Mr. Price :D. Rocked it as a bow on Friday. 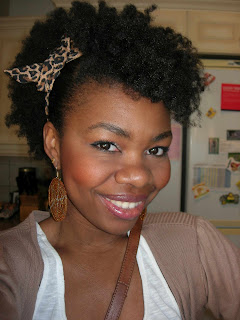 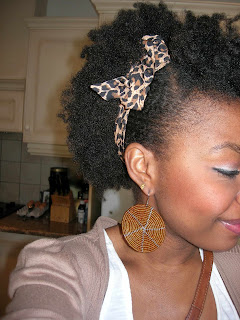 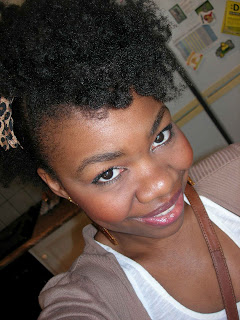 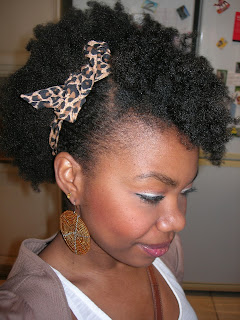 By then I was already battling with what I was gonna do with my hair for Sean & Ann’s wedding. The original plan was to get it braided but that didn’t happen so I started looking for ideas and hair accessories I could wear on the day with my own hair. I also got a cute gold beaded headband from Mr. Price the same day, also 20 bucks. By the way, it’s fast becoming my go to store for cute and affordable anything. Love it.

The following week, on Thursday before the bridal luncheon and drinks, I went out for dinner with Aida and some other girls. It was a fabulous girls’ night out that featured good wine and great company. I decided to do my twist up style but with a twist: 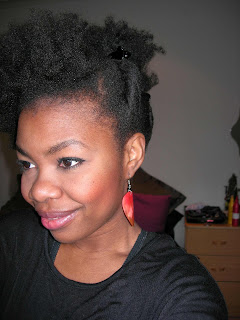 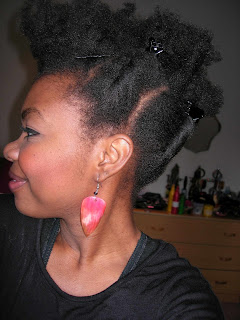 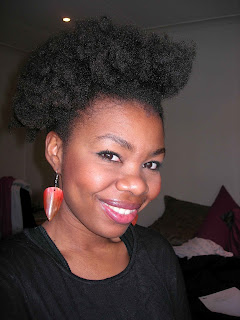 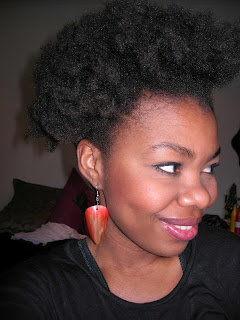 Instead of four twisted sections, I did 3 and left it as an asymmetrical style with my hair in a sort of side something (can’t call it fro or anything else). I twisted three sections, secured with my clips and pinned a bit of the front more to the side. I also pinned the part closest to my ear so it didn’t hang awkwardly. Can’t see it here but I was wearing my new Cotton On blue and black top and silver pointy flats which I exchanged for red boots in the eve.

For the bridal luncheon and drinks, I wore the same style as below. My hair was feeling soft and bouncy by then and I had spent the last couple of weeks minimising the times I would pull and slick down my edges. I think I saw that week that I can do it say once and the rest of the time I can pull off less tension styles nicely. The weather has been up and down and before below’s Friday look, I had worn my hair in a beanie to avoid the rain. I undid the mabutu that were underneath the next day and rocked the below style. 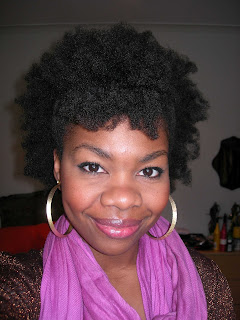 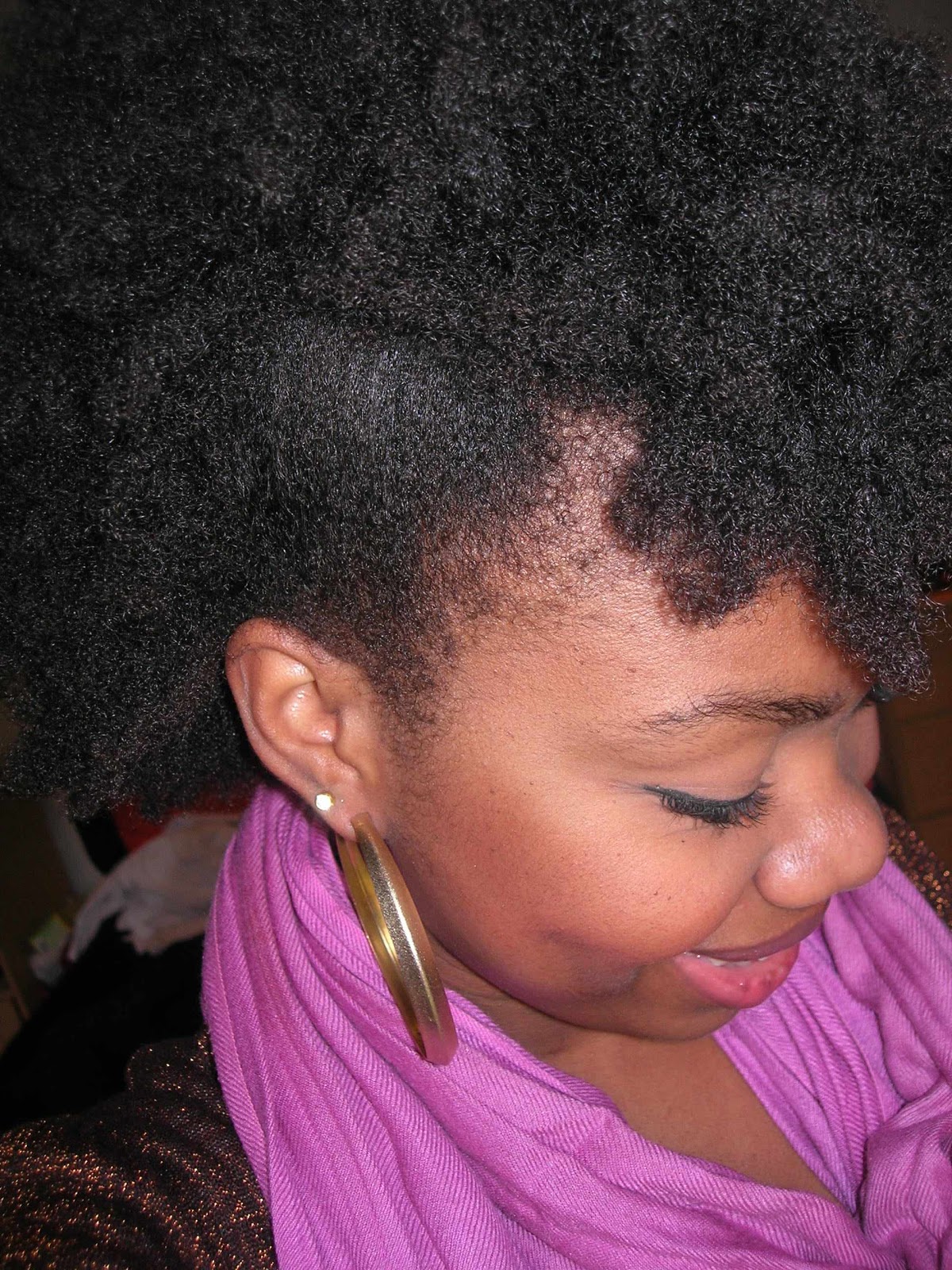 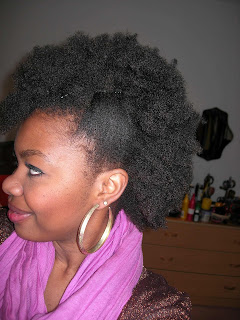 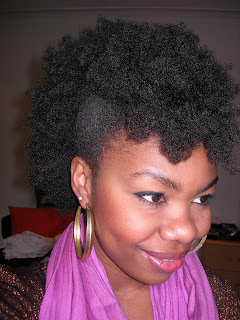 All I did was take a slim section from the sides and pinned them toward the middle. Then I used pins to make the front hang a bit. I love this style cos it  gives me the fro hawk look without pulling my hair too much and it’s quicker than my previous way of doing the fro hawk. Quick and easy. I’m liking that motto for my hair these days.