After falling in the shower on Monday (I know, I’m far too young to be doing that), I didn’t go to work that day, nor was I prepared to get cleaned up for any photos. And on Tuesday, I still wasn’t feeling so hot and neither was my poor bum which took the brunt of the fall…ouchies. But on Wednesday, I got interested in my appearance again and so took these pics… 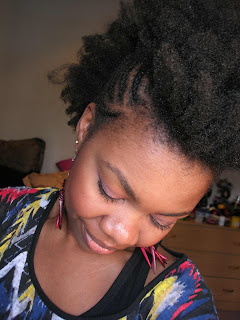 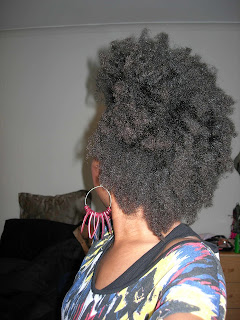 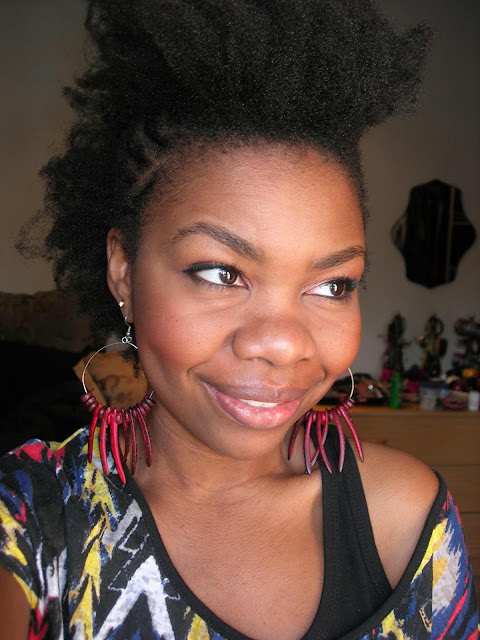 I’ve been quite tired these past few days after work, with being on cooking duty this week so I haven’t been doing my usual braids in the eve as religiously as I should. So when I didn’t braids, I managed to tie the loose hair with an elastic hair band, pinned it to secure, and wrapped as usual.

On Thursday aka last day of the week 😀 : 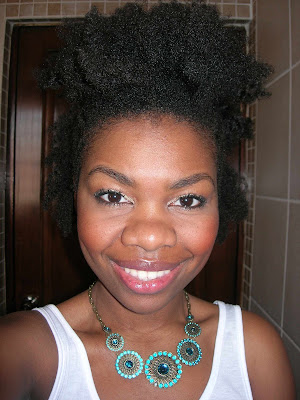 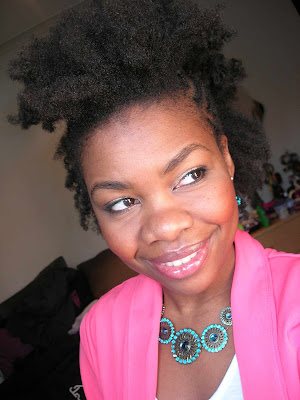 On Friday I enjoyed a day of rest. From work, from my hair, from everything else…except The Good Wife.

On Saturday, the weather turned for the worse and it stormed in the morning. I was a bit grumpy and had wanted to rock my hair in its full glory, but it being quite damp affected my hair and made it shrink a bit 🙁 Ah well, I managed to fix it up as best I could in the car on my way to help Zuli bridal gown shopping. And for the first time, I experienced what some other naturals have said before when they see a fellow natural walking around somewhere and even though it’s not verbally expressed, a sort of moment of kinship happens. That happened to me that day when I went into the Cupcake Boutique (gorgeous lil’ cupcakes that’ll make your day – Lonehill Mall) and was pleasantly assisted by one of the shop assistants, a fellow natural. Her hair could’ve been about the same length as mine, not too sure but it was in a high puff. Looked cute. Anywho, me: 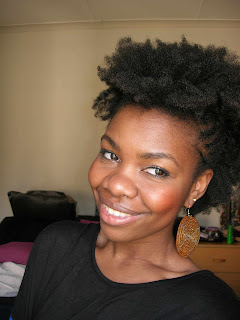 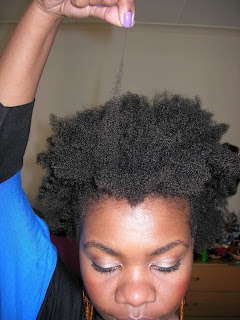 On Sunday morning I saw that my hair was proper dry. Even though I had been spritzing, I think not braiding it took a toll on my hair and I had no choice but to quickly fix a sort-of-hawk before we headed out to the Exclusive Books sale. I knew I was going to wash it later that avie so I just pinned up the back and pulled up the front. 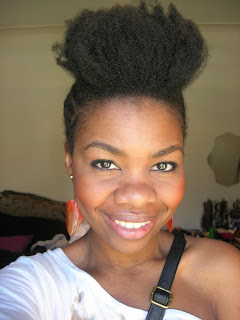 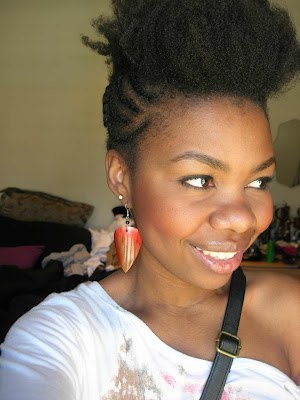 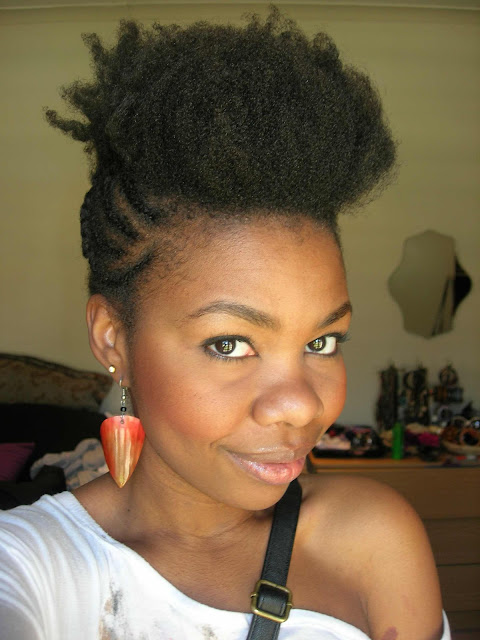