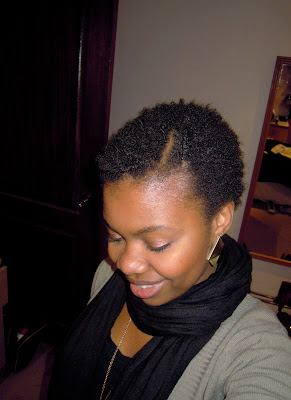 The second month after I big chopped, I was still excited but I began to feel calmer than the last month. I’d noticed that my hair had already grown a bit and gotten thicker. It was the dead of winter but I continued co-washing my hair several times a week. It was so liberating being able to shower without a shower cap on! I continued experimenting with bold lipstick and make up, I felt very bleh without it.

I also made a conscious decision to not look at photos of myself of when I was still relaxed or weaved up, because I didn’t want to start envying my “old” hair, nor look at it until I was ready and 100% fully confident with my hair and length. But I did look at it, and when I did I felt bad sometimes. I envied my previous length and also how much “easier” it was for me. But I know now that “ease”, isn’t really ease as opposed to being comfortable. I’d had relaxed hair for the majority of my life. I knew when it needed moisturising, a trim, a treatment but this natural hair was new to me. So, thankfully I didn’t let it get to me too much. I continued watching YouTube videos and tutorials on natural hair but not as much as the previous month. I was so envious of how they rocked their hair but I kept trying to keep in mind that I had just cut my hair so still tried to give myself some time and also be patient. So I ended up doing what I always do; compromise and work with what I got. When I was bored, I’d draw a line and secure either side with some black pins like in the photo on the left. By then I already had several hair flowers and continued wearing them with a headband because my hair was still too short to rock it on its own. Then, accidentally, I came across this way of wearing it: 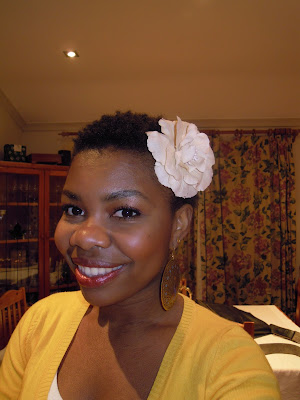 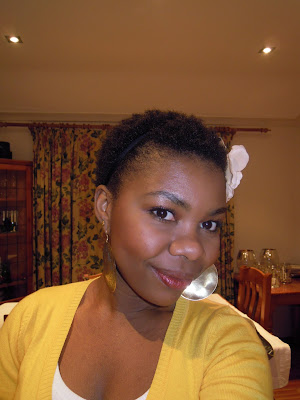 There were a couple of days when I began to get a little antsy and bored
with how limited I was with styles. By then, my hair was just long
enough to start doing flat twists. I’d usually do about 10-12 of them
because my hair was still short, then undo them the next day for a twist
out look. To achieve the “bumps” or curlier look, I’d co-wash and rub some zesty lemon better on my hands then rub my hands on my hair in circular motions all the way around. I’d also use gel (Organic Root Stimulator gel, still use it today) to slick down my little curly baby hair on the edges. I’d then use a headband and pull it upwards towards the back of my hair but not too far as my hair was still too short. I’d then take out a little section in the front to give it a teeny weeny mohawky effect. Once I discovered this style, I was hooked! 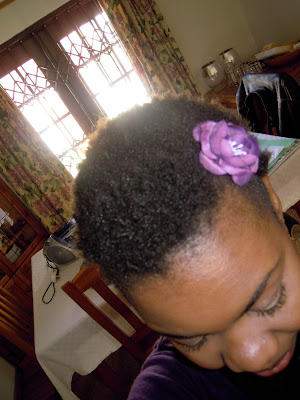 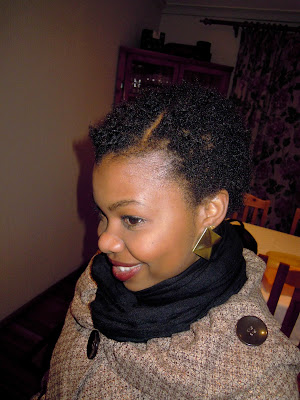 During this month, three of my other friends also went natural. It was
so exciting to see others join me and that I wasn’t alone. On top of the
other things we’d talk about was hair! And shared tips and tricks. I
also wrote my second review of my natural hair journey. I was also starting to itch for length. 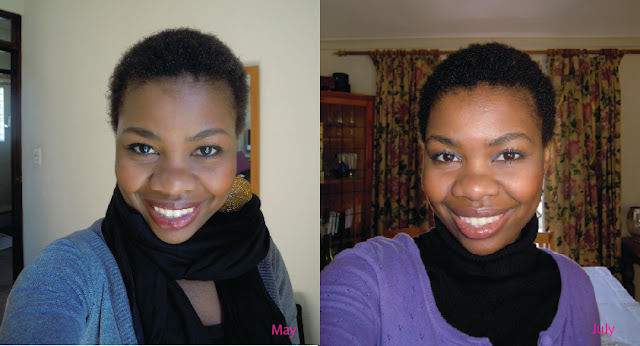 Overall, it was a half-half month. Some of it was good, others were a little lower. But I kept moving…

Next timeline post: Being Natural – 3 Months In (my worst month so far)