It’s been six weeks since I installed my last protective style; the Big Bad Fro. And according to my protective styling calendar, it was time to remove it and set my own fro free! 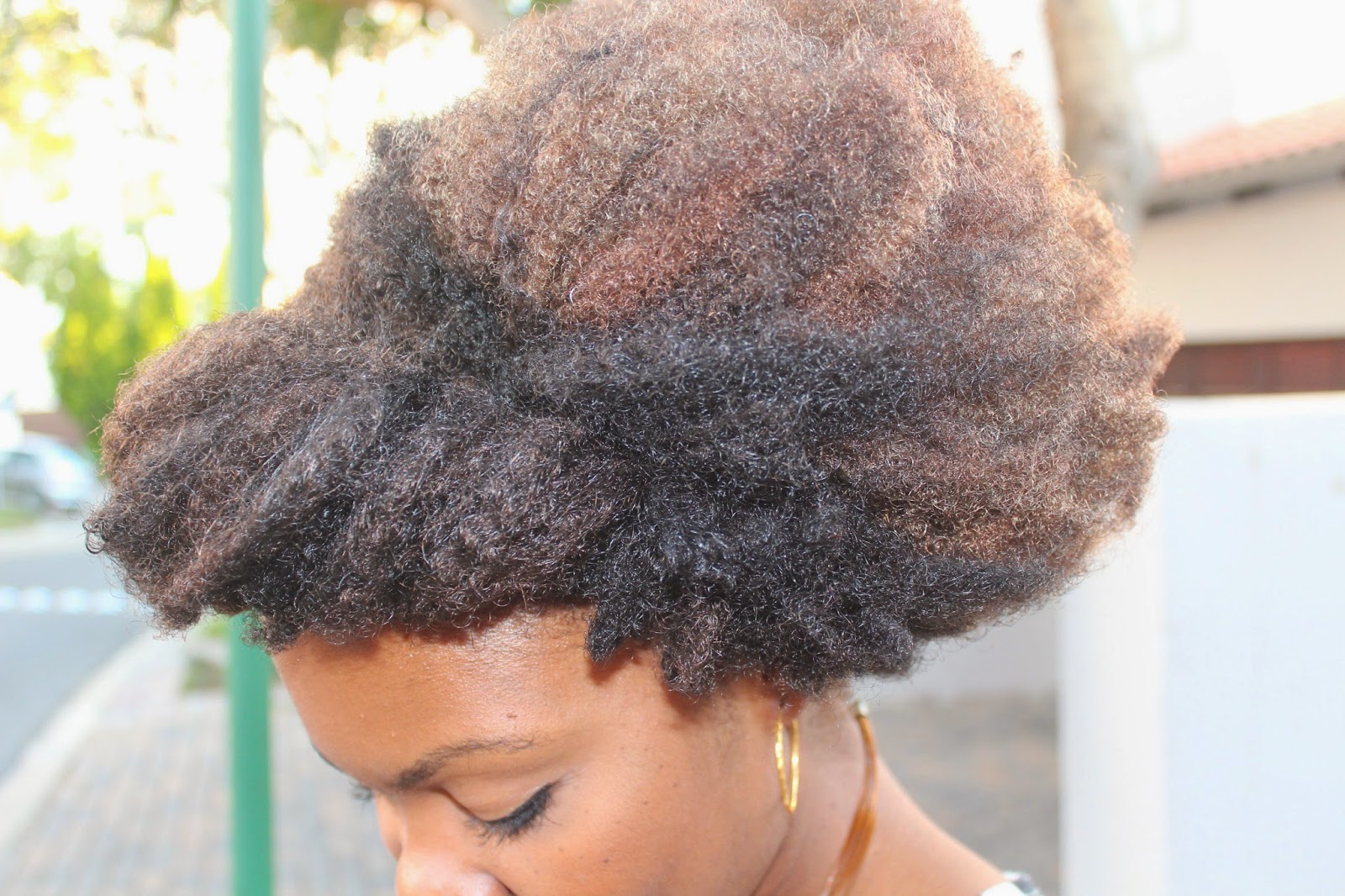 Firstly, I LOVED this weave/braids combo. My regular readers will know the technique has fast become my favourite one. Time wise it’s a life saver. As I detailed in an earlier post, the lady who does my hair took only two hours to install this. The first two weeks were fab. My afro weave was massive and
awesome. It was such a different look, and attracted a lot of attention. What was great was the reason why I installed it to begin with; saves time. To maintain it, I would wrap my hair as usual with my satin scarf at night to help preserve the style. In the mornings I would unwrap, spritz either my own daily spritz on my scalp or a braid spray (I use Restore Plus Braid Spray). By week 3, I noticed the ends of the hair were starting to lock. I wouldn’t go through the same thing as I would with my own hair by twisting it nightly. And a comb wouldn’t go through it either. So it eventually began locking. To reduce the locking I had to quickly fluff and separate it in the mornings.

I have to say, I was strangely surprised when it was about 4 weeks in and I honestly began missing my own fro. As much of a time and lifesaver this stye was, there really isn’t anything quite like feeling your scalp when you moisturise. I found it very interesting that although I had this massive fro on my head (ie. what I’d always imagined Fro would grown up to be) yet I still longed for my shorter, more modest (but own) fro! I also had to get creative and remix the ways I would style the hair.

So here are some pics I took 5 weeks in, featuring my lil’ furry baby Cinnamon. 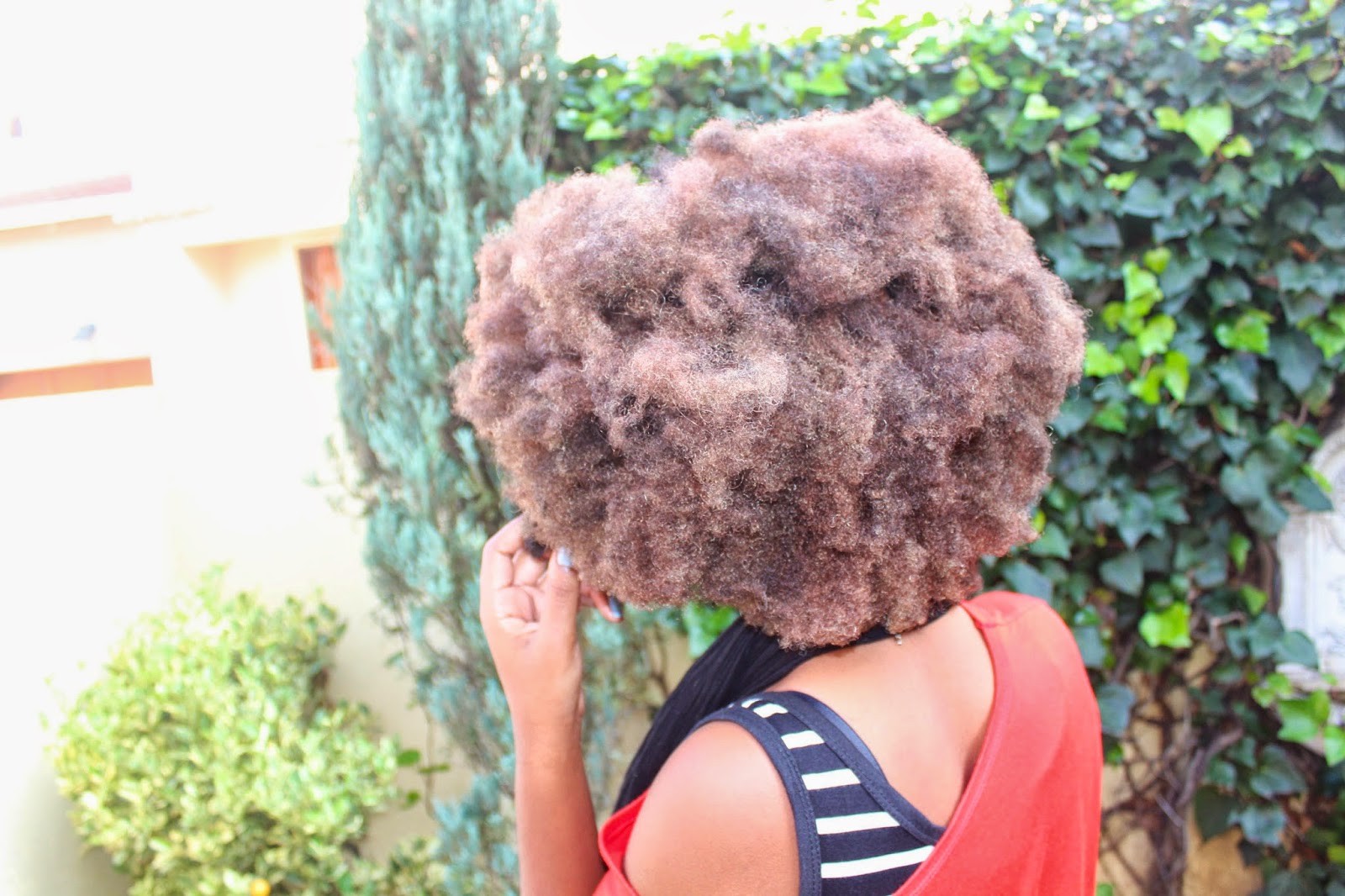 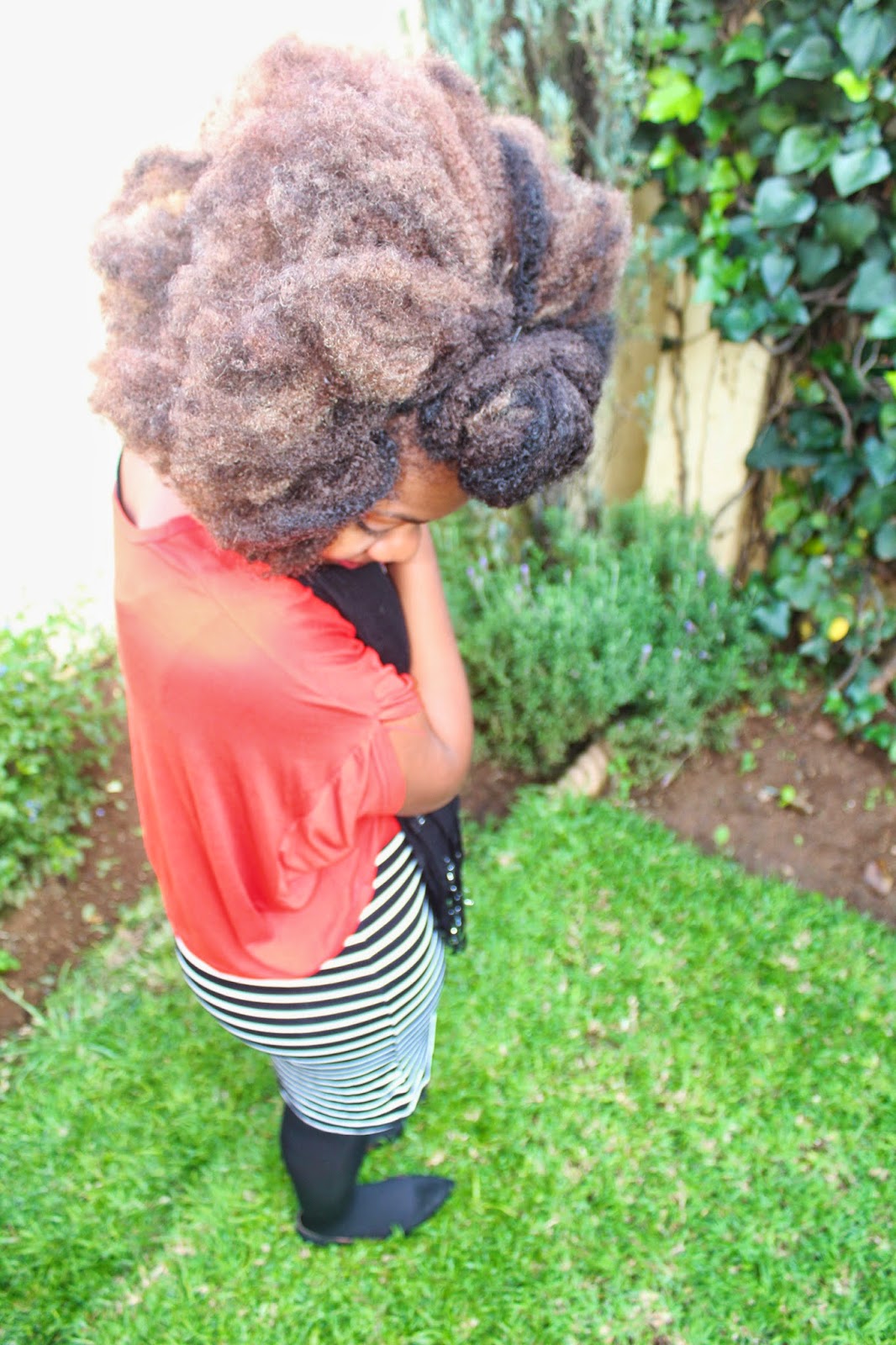 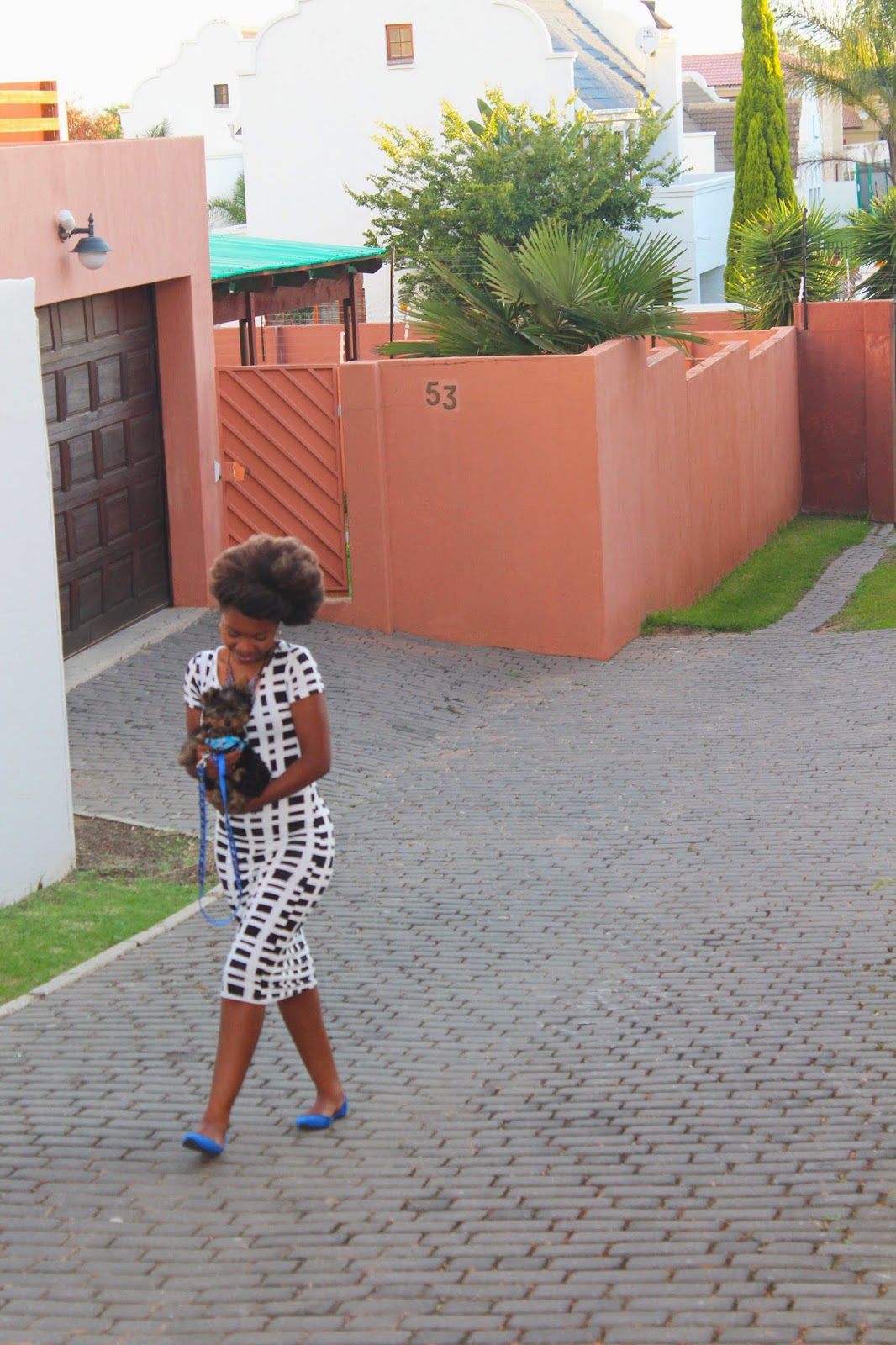 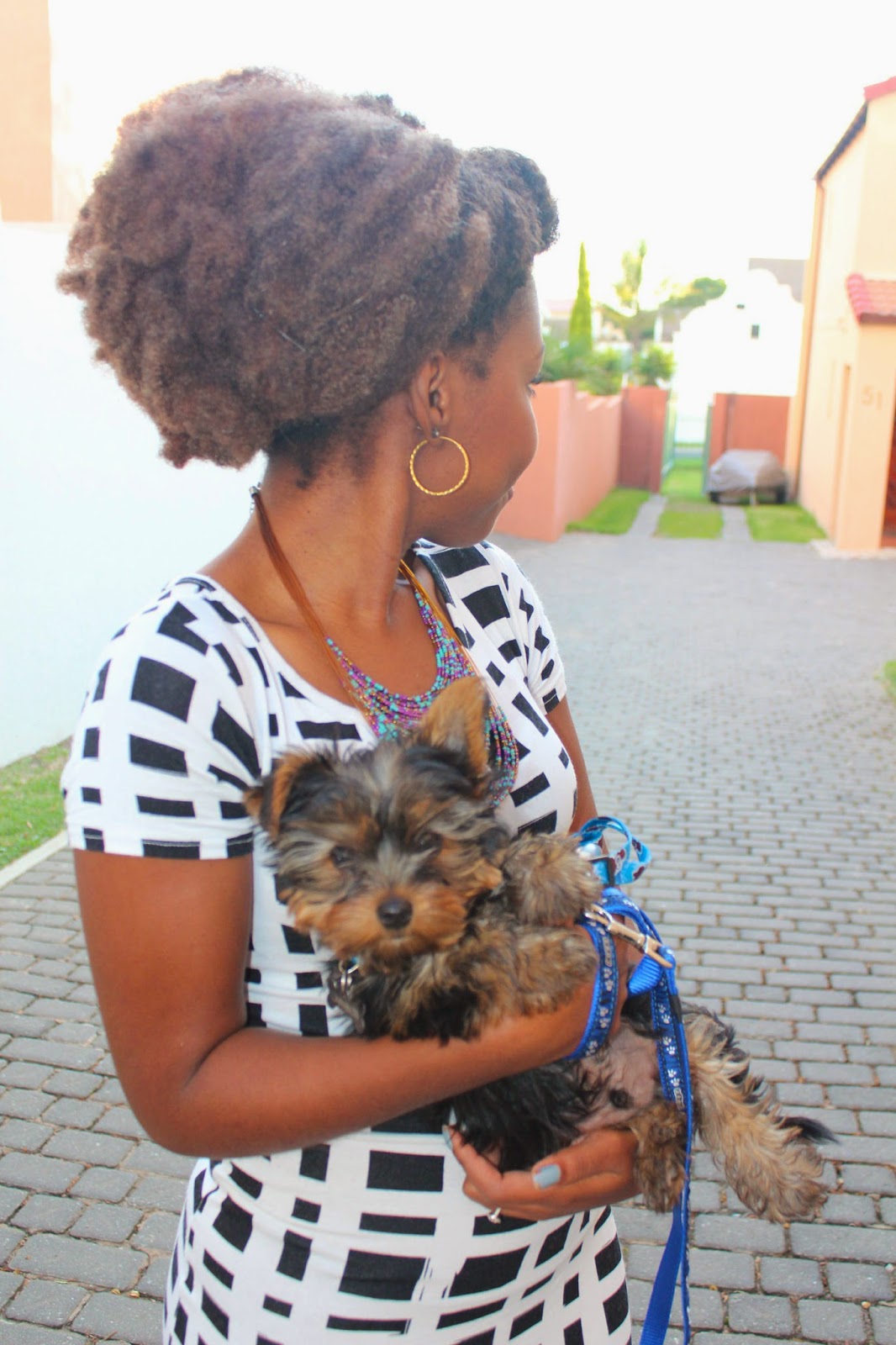 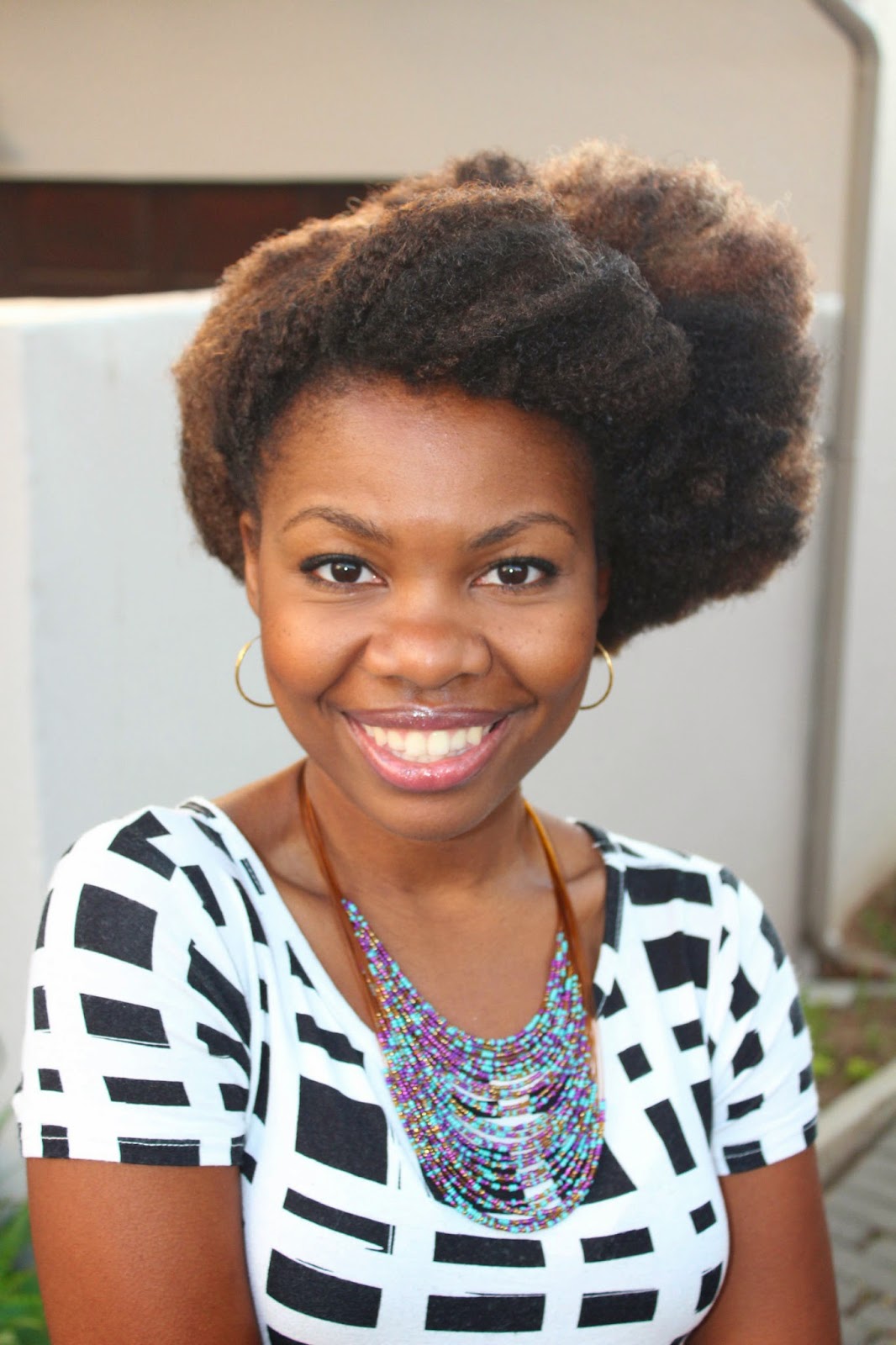 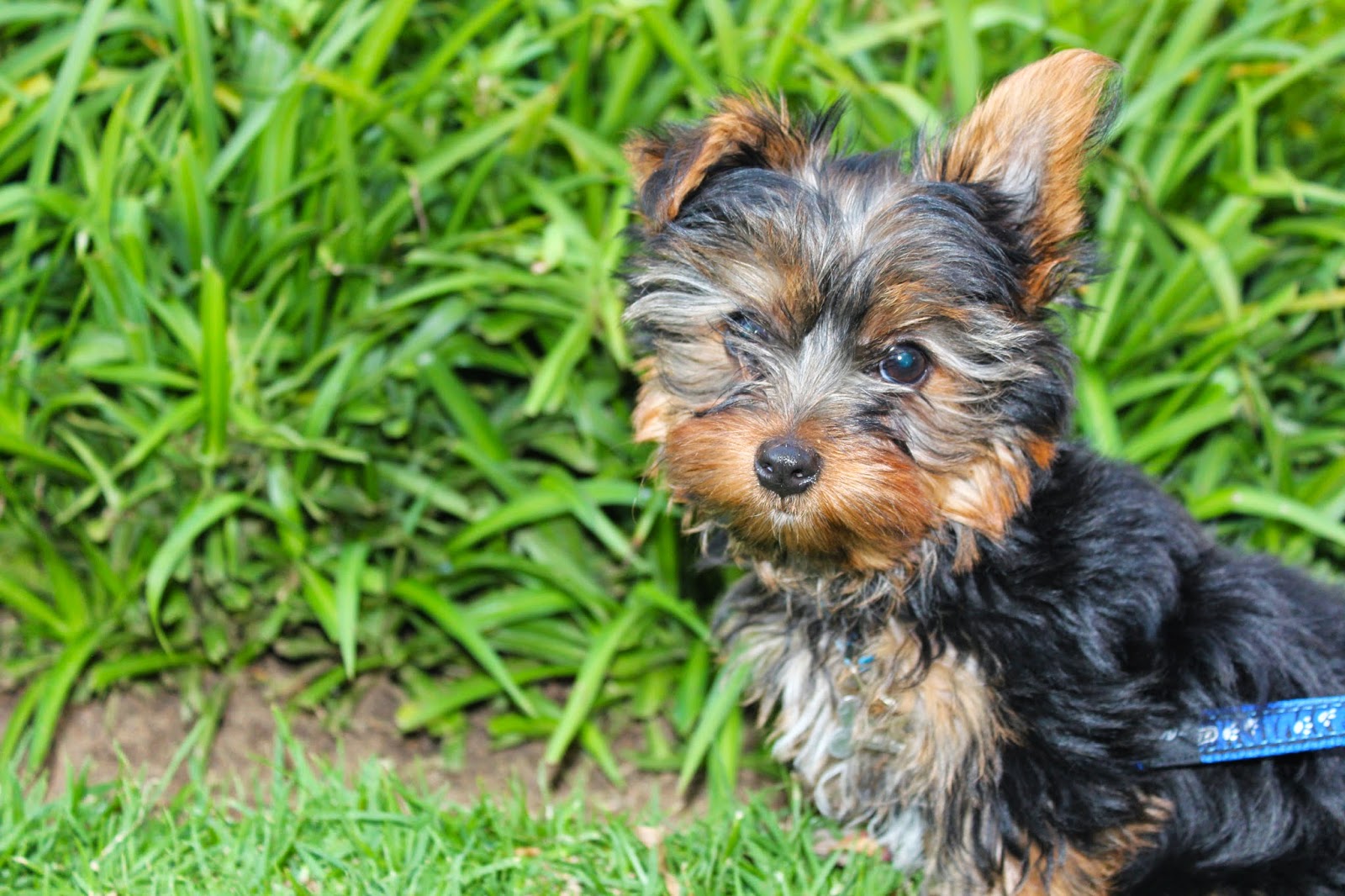 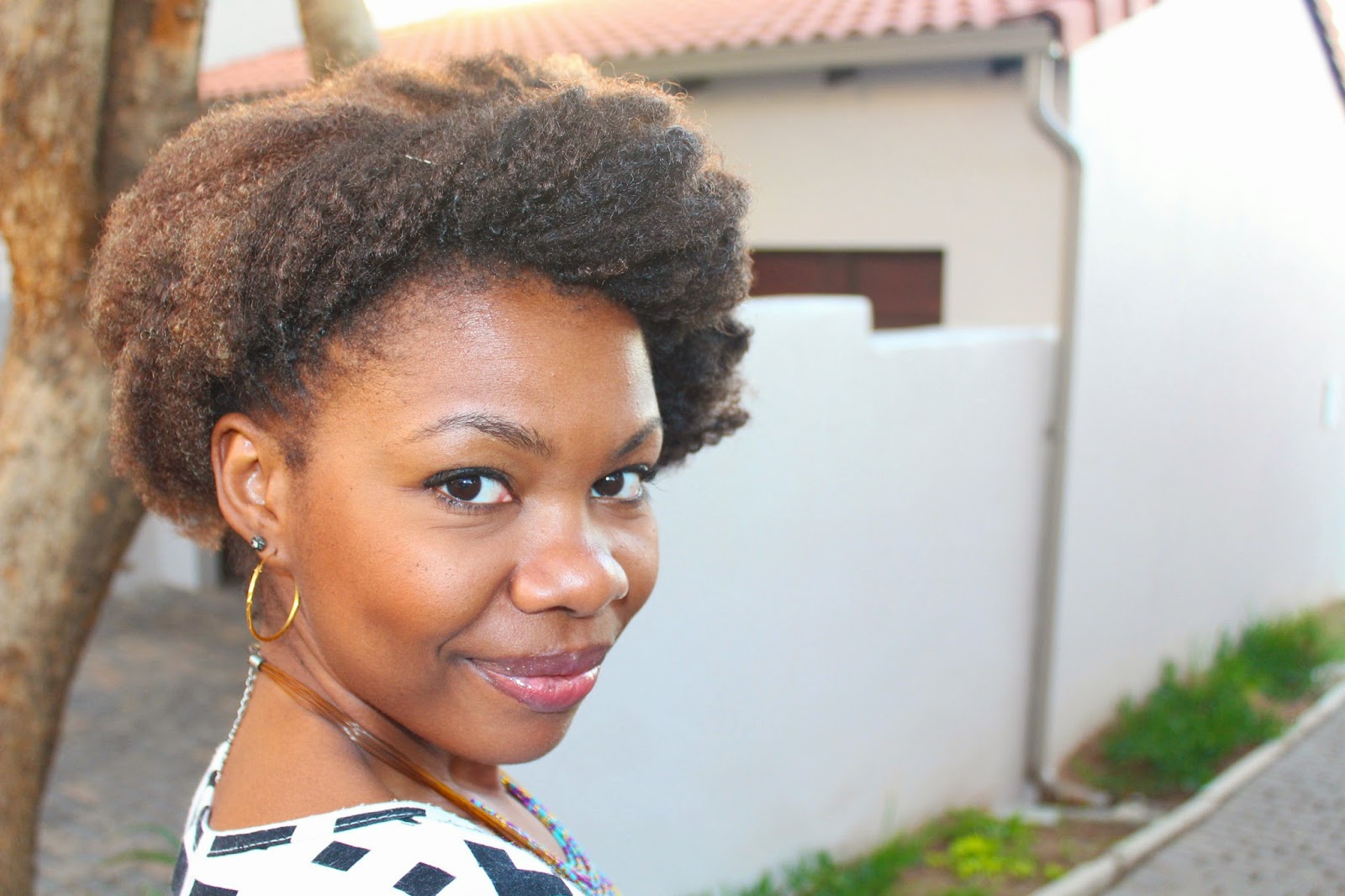 Well by week 5, the Big Bad Fro wasn’t really that big and bad anymore. It  held up but I had to snip off most of it. What arose from that was a nice preview for a cute asymmetrical bob afro style I would
love to try with my own hair sometime: 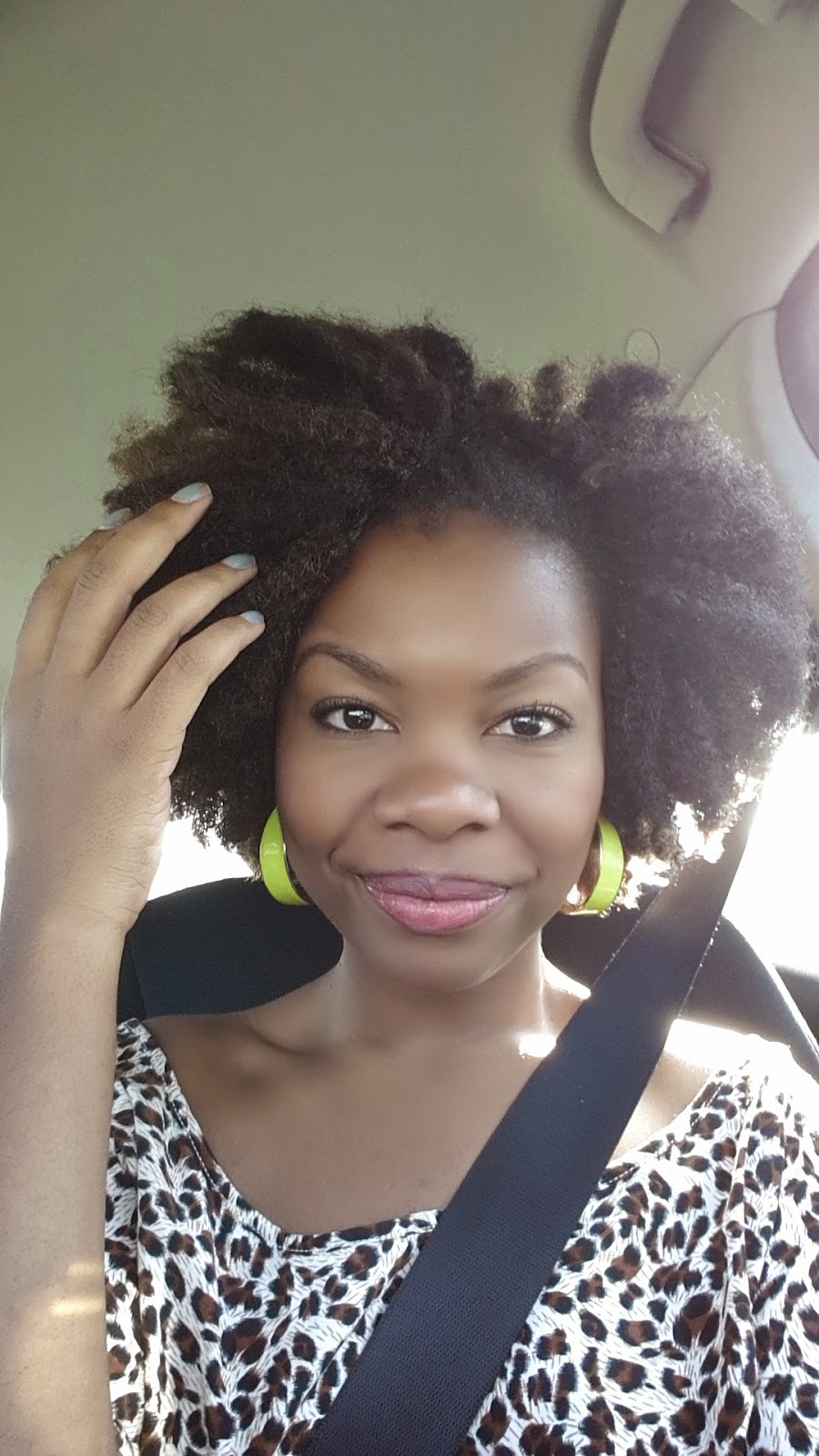 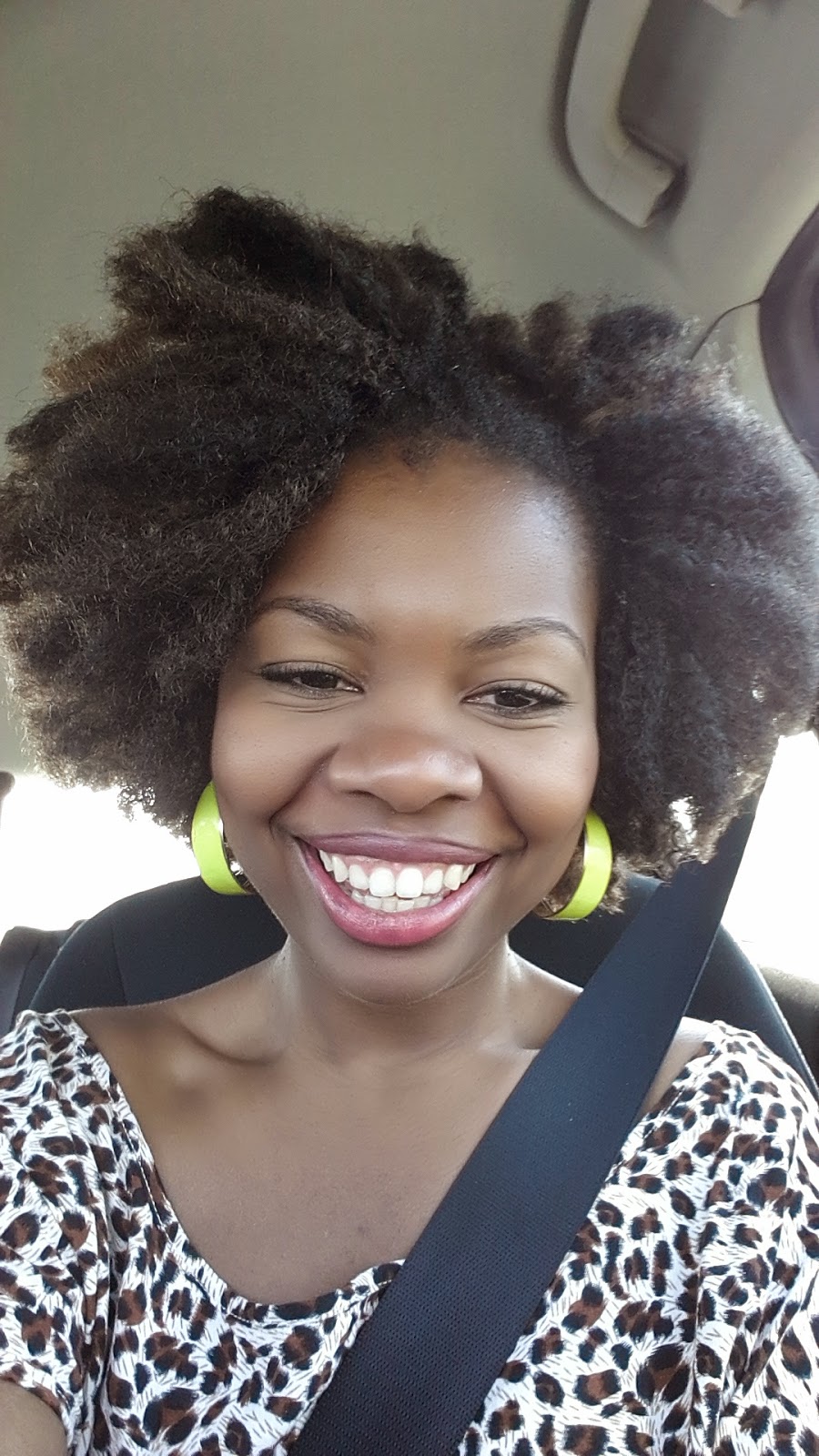 Six weeks was completed by this weekend and as the next couple of weeks will be hectic ones for me, I knew it had to come out either way. By last week, the extensions were looking much more raggedy than at first. I know that’s normal but as I said on Facebook and Twitter, it really acted like a fro and began dread locking and that wasn’t the look I was going for! Someone on Instagram asked me if I have done any braid outs on it and for it I was like, isn’t this one of the points to have a weave in the first place? So I don’t have to sit for hours prepping it like I would my own.

When this past weekend finally came, I was relieved to finally get to see my own hair again. But it didn’t come quickly or as easily as I thought it would. I sat myself down on Saturday evening (around 5pm) thinking I was going to undo, wash, treat and detangle my hair by bed time. Ha! By 10pm, I had only undone about 1/3 of the braids in front. Yeah. I was so frustrated, I decided to sleep and continue the next day, making me miss a social commitment. After running some errands Sunday morning/afternoon, I finally finished removing the weave at around 9pm last night. I woke up in the early hours of this morning and washed, deep conditioned and detangled my hair before heading to work. I had to lightly blow dry it so not to get claimed by the bitter cold that’s crept up on us. It’s really hard seeing how much shedding your hair goes through in one go after keeping it away for so long. But anyways, here I am! 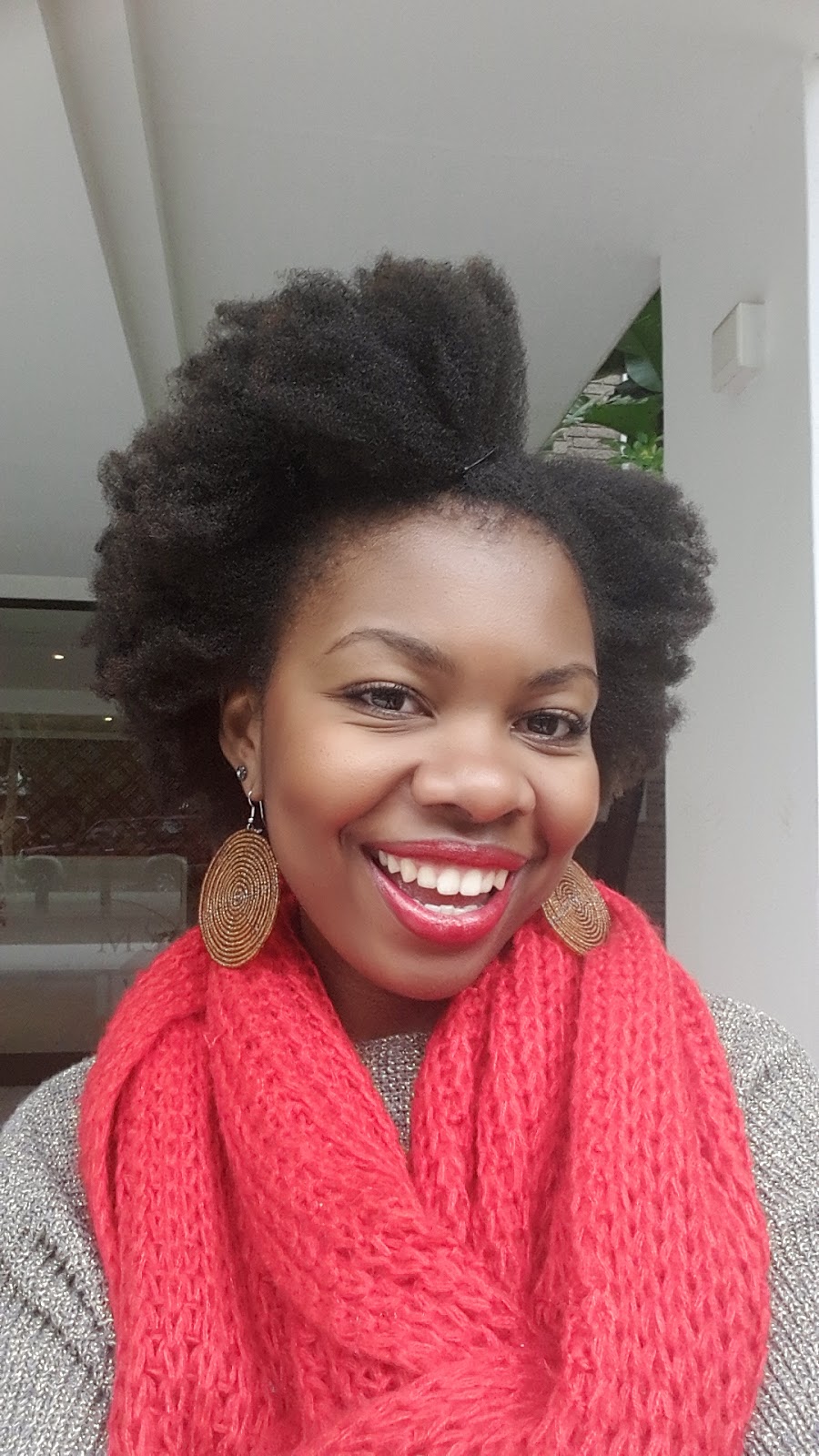 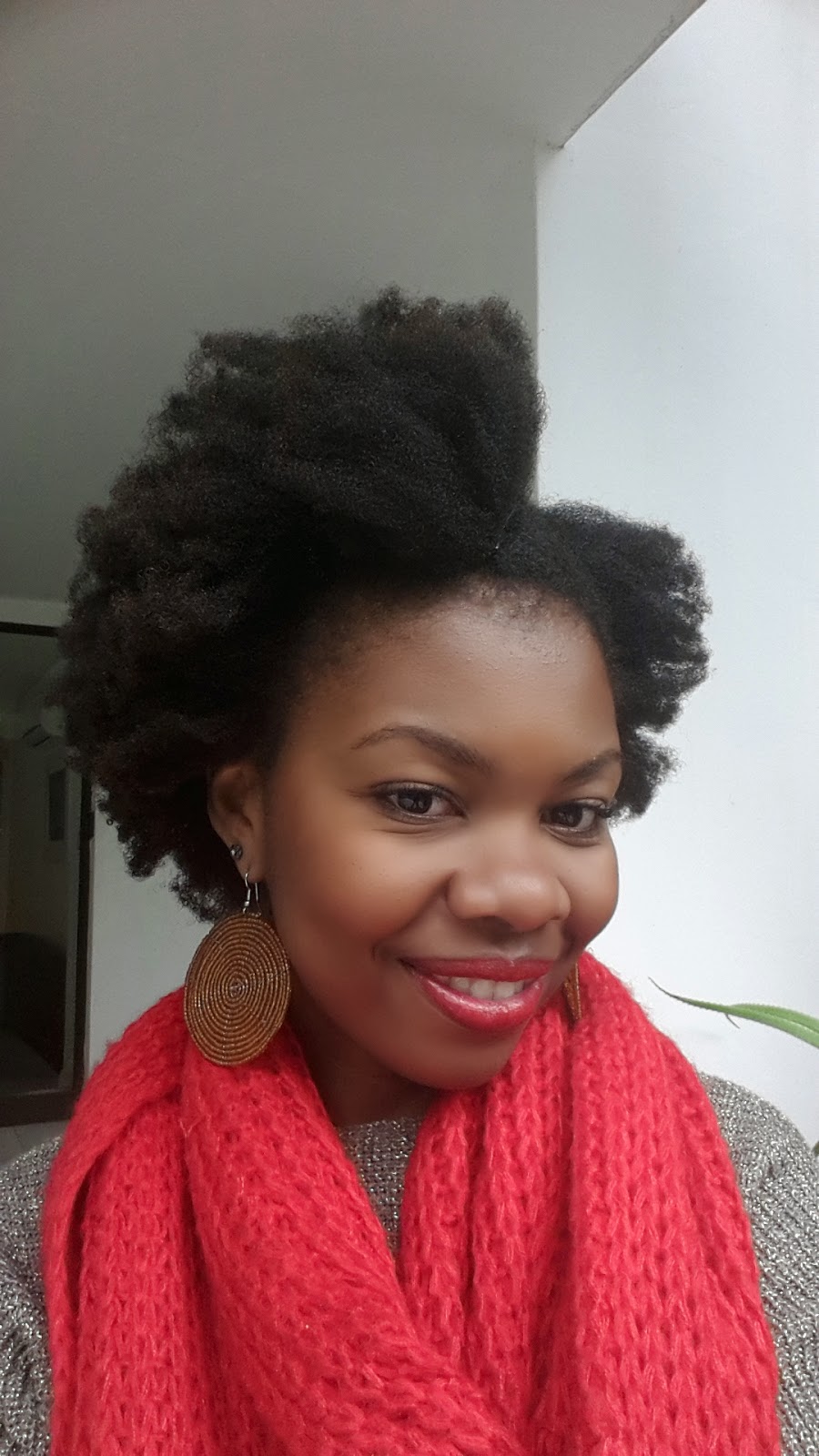 Rocking my own fro again :