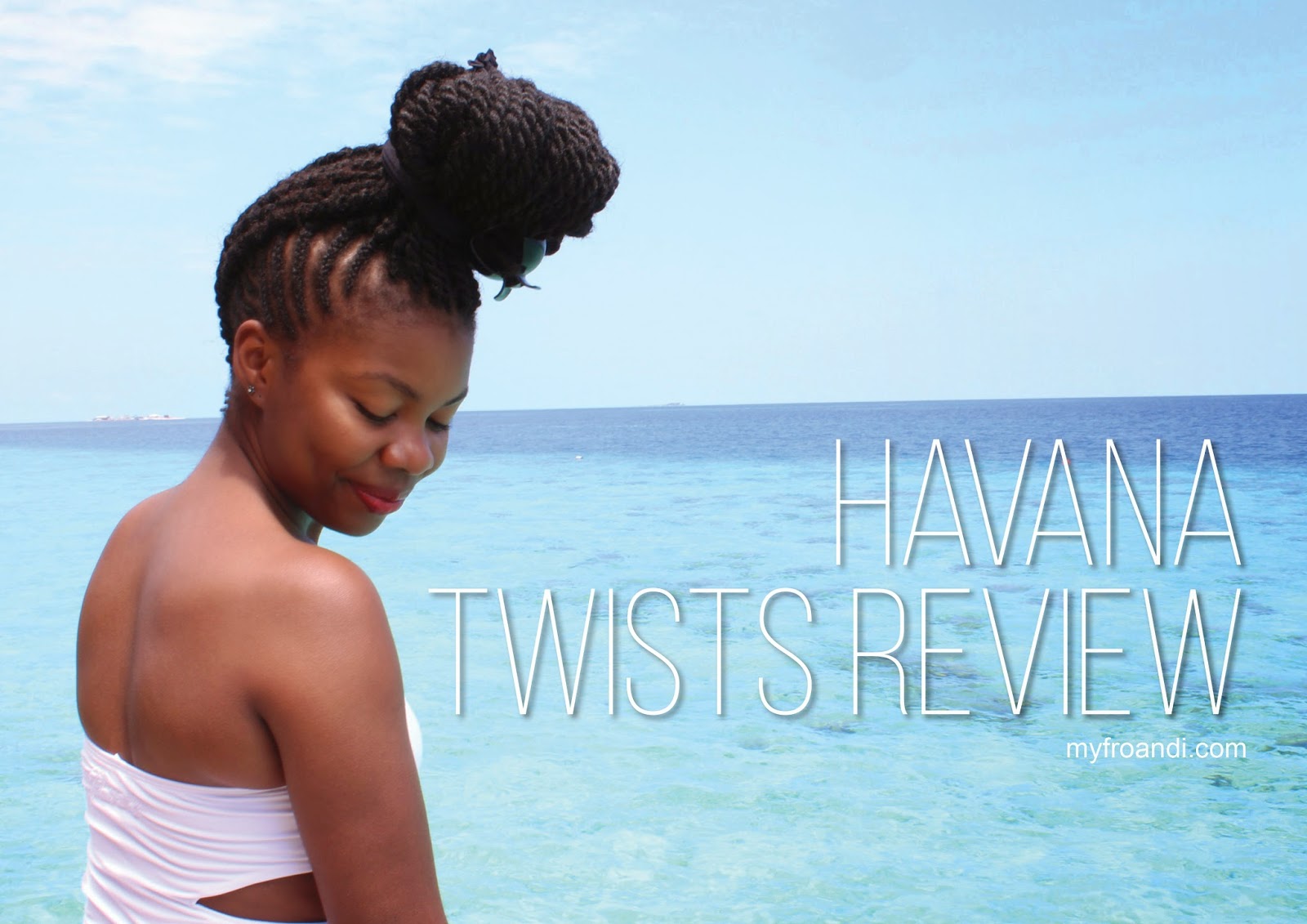 As of last weekend, Fro is officially back. So now that I’ve had my few weeks with the havana twists and really tested them on my honeymoon, it’s the perfect time to get back to you with a review of the style. 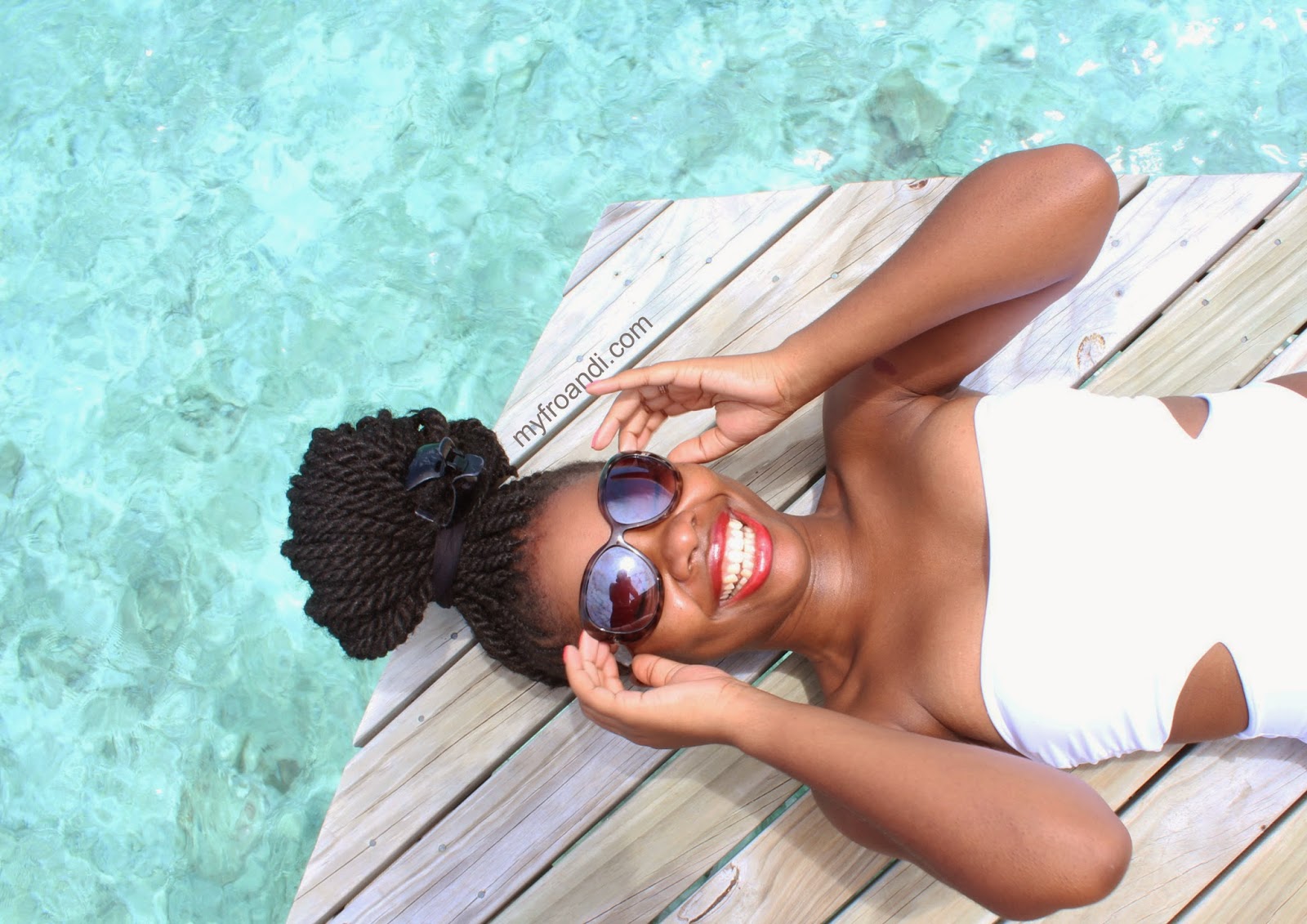 I thought it fitting to have my first protective style of 2015 to be the style I rock whilst on honeymoon. We went to the magical islands of The Maldives. Side note: if you want to experience heaven on Earth, this is where you need to go. It’s as breath-taking as the photos – actually the photos don’t even do it justice. You have to see it for yourself.

So, I knew that I didn’t want to have my own hair out for various reasons: 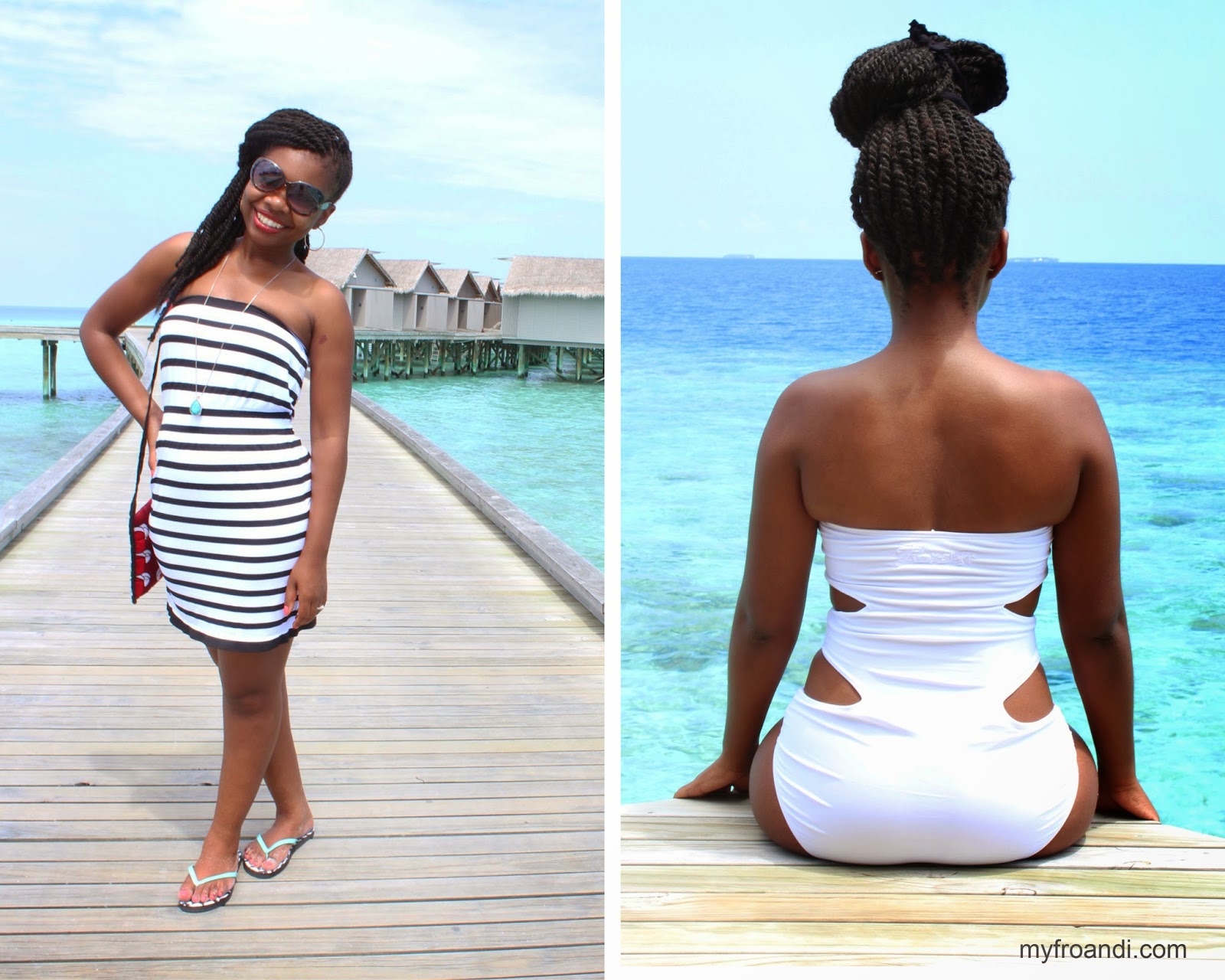 In essence, the hair ticked all three requirements. I was initially worried that the amount of hair used was too much and would get very heavy when wet – which it actually did but what surprised me about it was that it dried very quickly. 20 minutes in the sun and I was good to go. Another worry I had was that it would be too bulky to fit into my new beach hat. So Ruutos graciously accepted to re-do my side cornrows a few days before I left, to lessen the extension load by making them a bit longer so there were less single twists in the middle. So after they edited the hair, my head just fit into my hat. 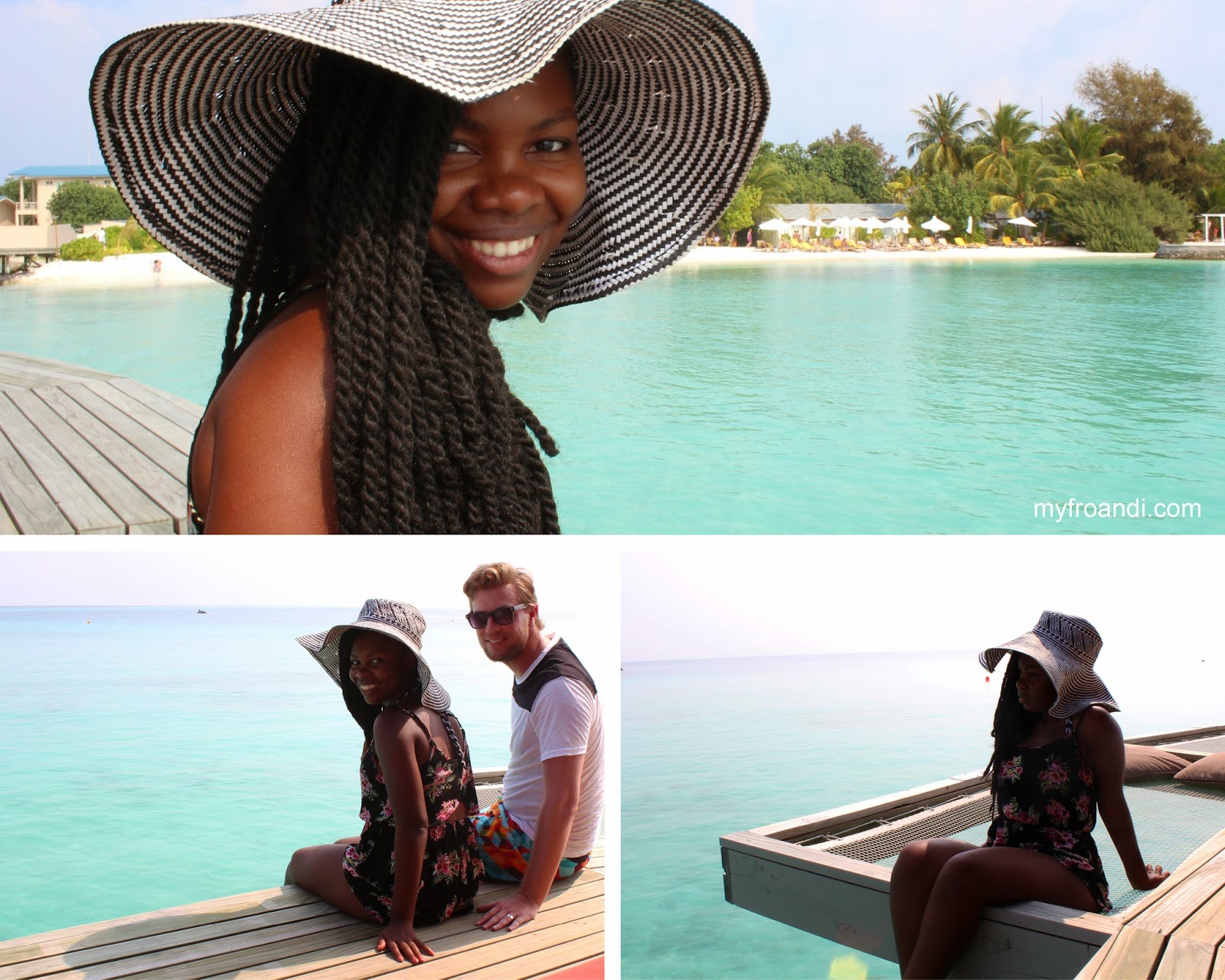 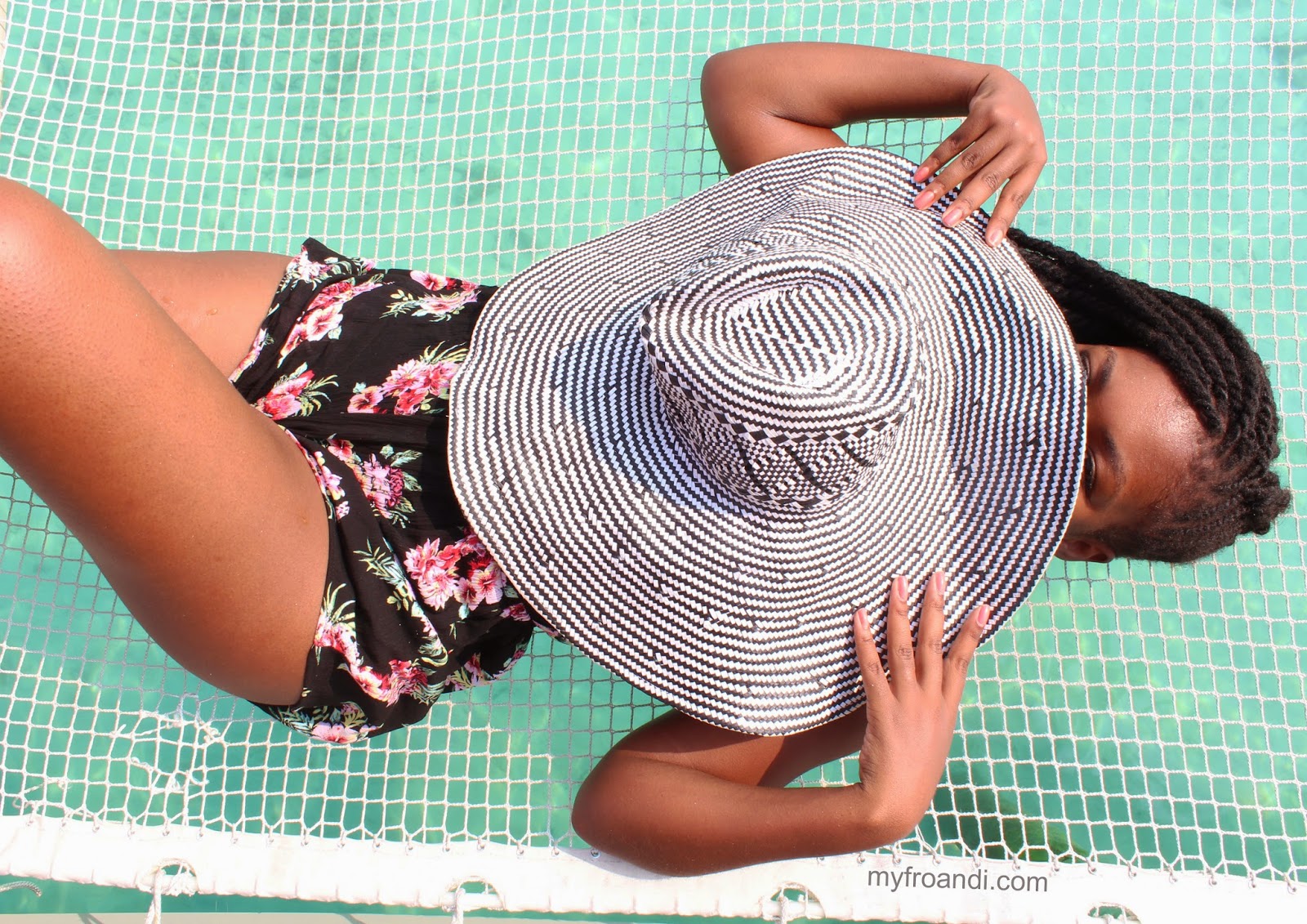 My take on the hair piece: 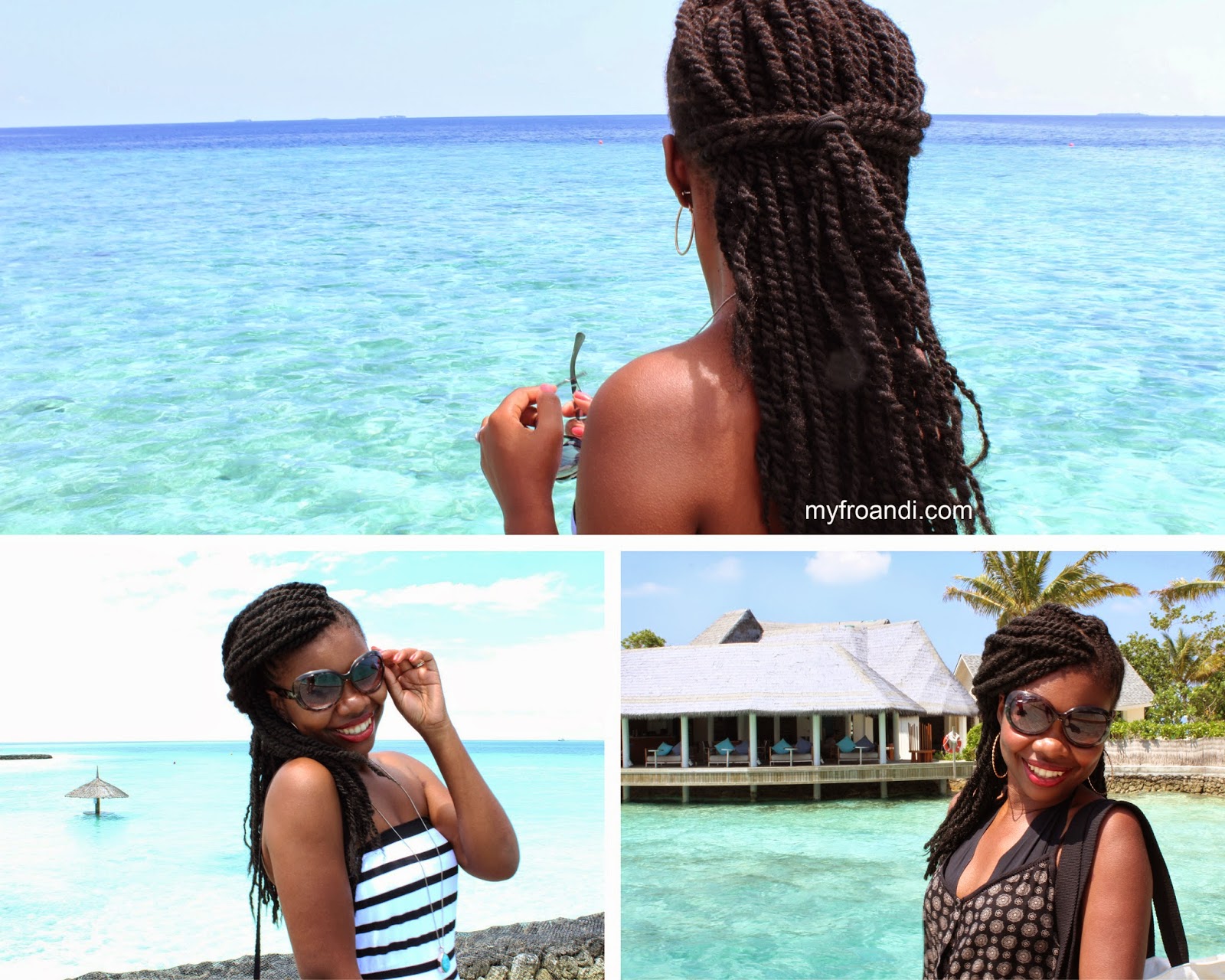 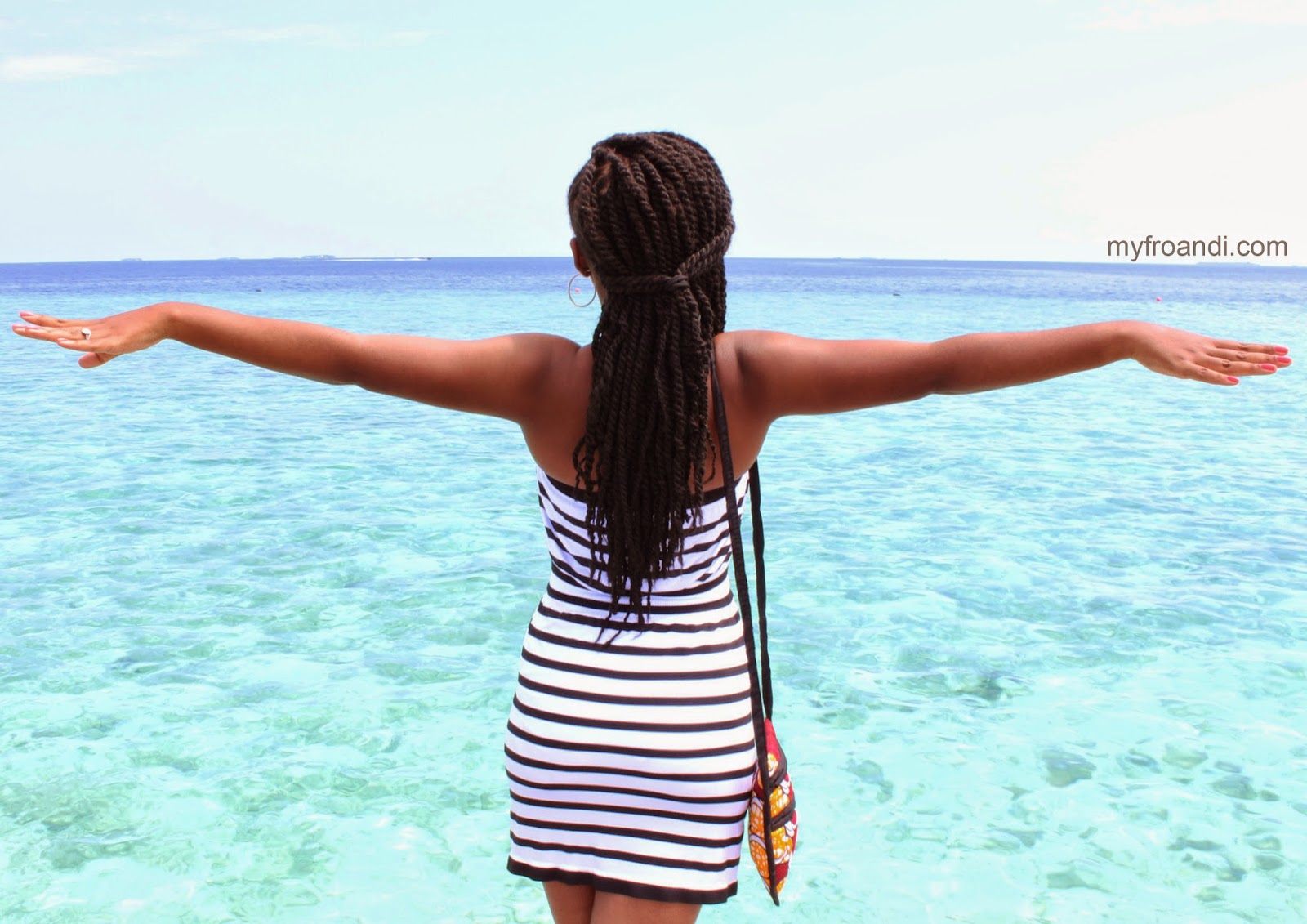 I wasn’t a fan of how the ends looked like. I’m not sure if it was because of the hair piece or the way the salon finished them but they weren’t as neat as how other extensions look after dipping them in hot water.

All in all, I was happy with the style. It did the job and photographed well too 🙂 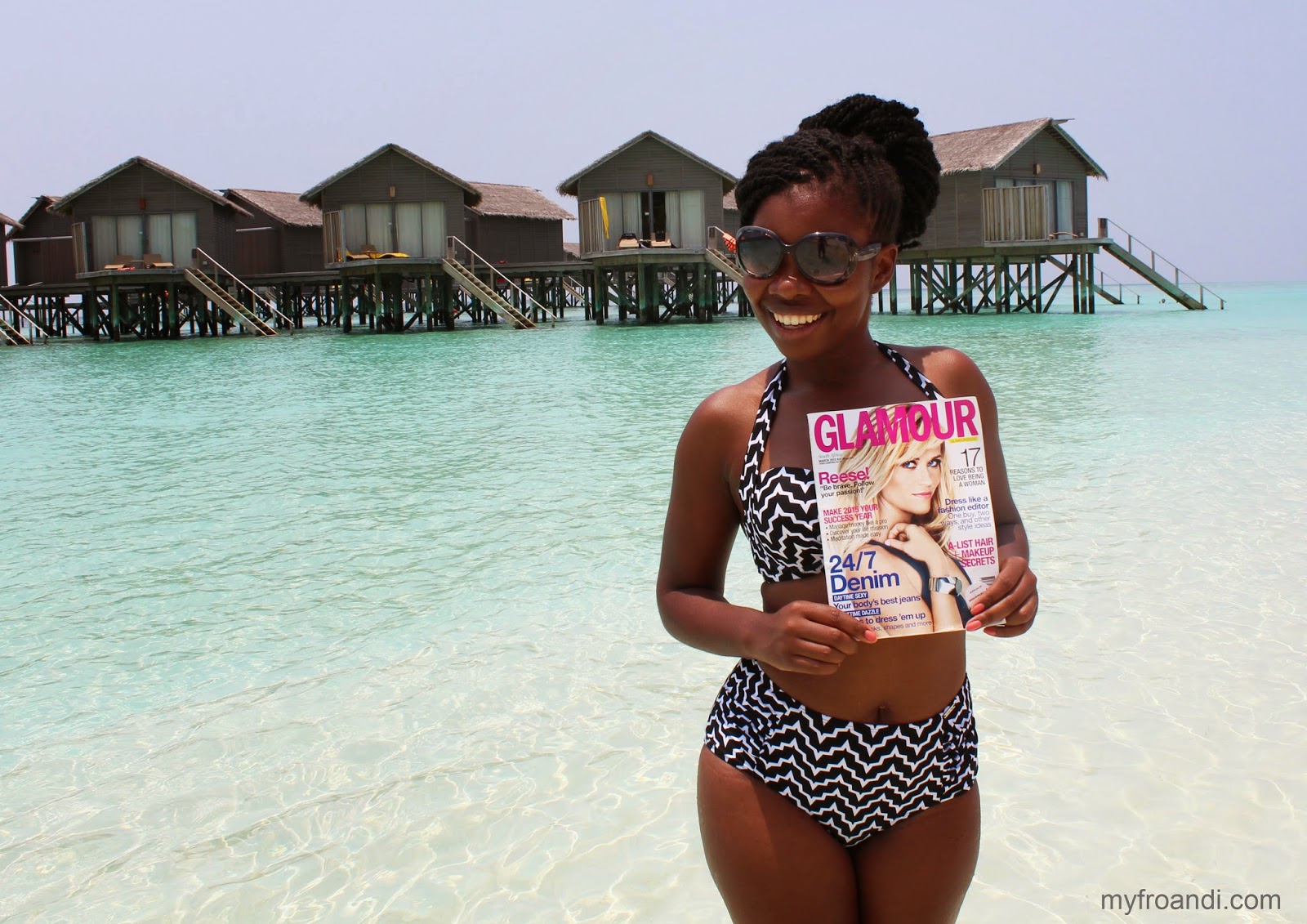 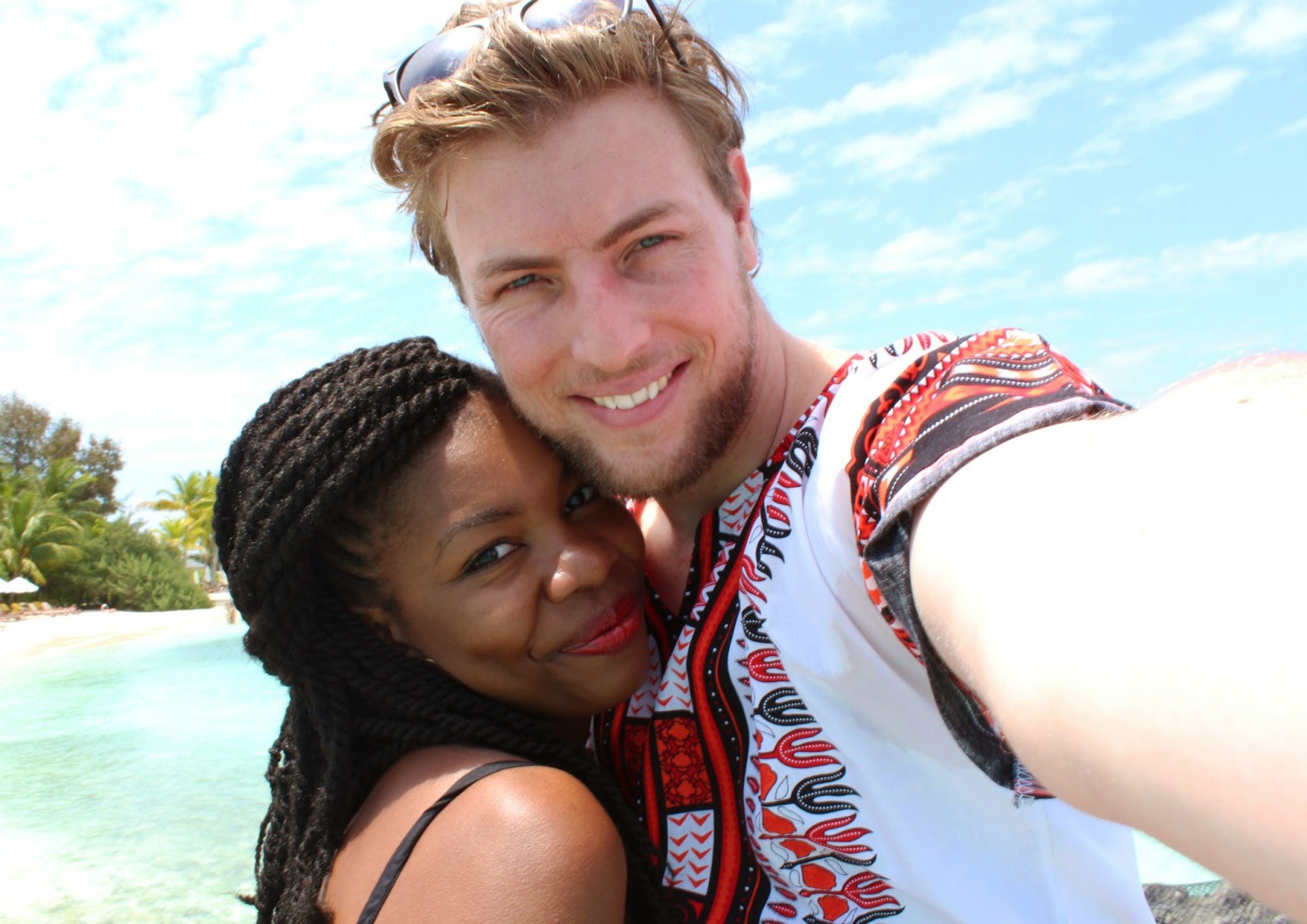