So, umm, I’m kinda over my weave. That was quick. 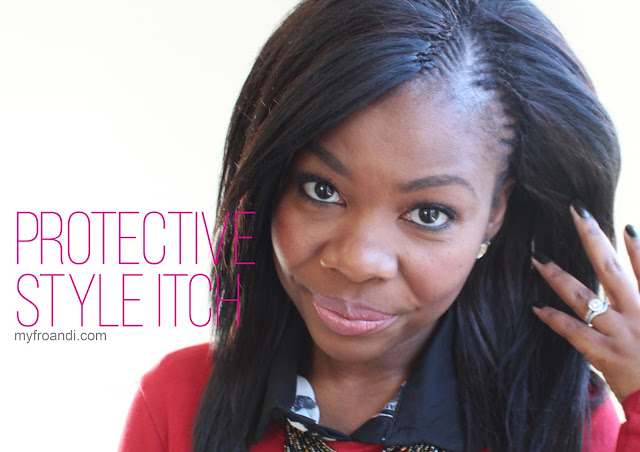 It’s been three weeks and I’m already pining for curly, bouncy hair – whether it’s my own or not. I always do this though. At first, I’m super excited to have a new look, and I genuinely was with this style. I felt sexy and warm (one thing straight long hair has over my fro is keeping my ears warm in winter). Then 3 weeks down the line I start to itch. That usually leads me to stalking other naturals online and lusting over their hair. Even in real life, women walking around with natural hair stand out much quicker to me and they remind me of what I have under here.

What’s stopping me from removing it?

Simply put: I’ve paid for it. So best believe I’m keeping it on for as close to as long to when I had originally planned. Plus, winter’s far from over. And even though I originally planned on wearing two protective styles over the winter months, it’s too soon for me to remove this one and put a new one in. I need to ride this itch out.

What I’ve loved the most about my past protective styles is the fact that they were such time savers. I honestly can’t say that about this one. When I first started wearing weaves in uni, I’d always opt for the straight ones. I still had relaxed hair back then and would straighten my weave weekly with an iron and keep it intact by wrapping it around my head every night. I’ve done that twice since installing this weave. Sigh. I just can’t be bothered. I find that the upkeep of the straightness (kinda ironically) is more maintenance than when I have my own hair out.

Don’t get me wrong, I’m not hating my weave, just feel it’s a bit…bleh. Does this mean I’m over straight hair? I think so, at least for now. Especially after having rocked nothing but curly/wavy/afro weaves and styles the past few years, I’m now no longer feeling the straight hair style. It just lacks ooompf. So next time, it’s some kind of textured hair piece for me.

Am I the only one who misses her hair when it’s in a protective style?