So my Instagram and Facebook followers would know that last week, I tried something I never thought I’d try; I wore a wig. 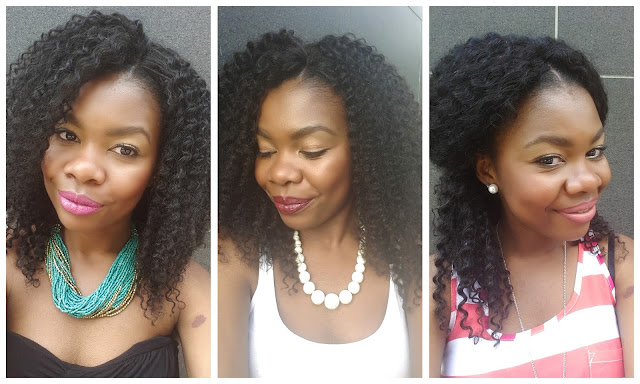 Okay, I can’t actually say that I’ve never worn a wig before because in university when I was still relaxed, I used a hair piece that was practically a wig but it was called it an ‘insta-weave’. Come to think of it, they probably called it that deliberately.


Wigs in general have a bit of a stigma against them, I don’t know why.

I feel as though weaves, phony-ponies and other types of hair extensions are more readily accepted. I was a part of that group of people who thought “a wig…really?” But, in the past year or so, I’ve been crushing on some other women who wear wigs as part of their daily styling and I think they can look great. I mean thinking about it, how is a wig different or more taboo than a weave?

My biggest worry about wearing a wig was finding something that would blend in with my natural hair texture and didn’t look like it was just plonked on my head. The majority of hair stores in SA offer straight, sleek looking hair pieces. It’s been quite hard finding natural, textured hair extensions from weaves to ponies – everything. So I would envy other natural hair ladies across the pond and wish that there was a shop that was readily available where I can find some of these styles.

Since I started wearing this wig, I’ve been seriously considering it to help me protective style long-term. Now, long-term protective styling with wigs isn’t new. A lot of other women are doing it, or have done it and so many celebrities do it (albeit for different reasons sometimes). The whole point of protective styling is to protect it from daily manipulation, heat styling, excessive weather conditions or just for a change really. So I realised around August this year that I’ve been inspired to try grow my hair even more. I’m loving my hair at the moment, the length so far allows me to rock different styles but I do want to try push it further to see how long it reaches before I’m tempted to cut it.

Now that I’ve been wearing this wig for a week, I’ve realised that ‘insta-weave’ I wore throughout uni was pretty much the same thing. I started relaxing and taking care of my hair when I was 20 years old. My sister did it for me and cut about half my hair because it was dead so it ended up being so short I couldn’t even tie it into a pony tail. I knew that I needed to leave it alone and let it grow back. So with the use of an ‘insta-weave’ and two ponies, I grew my hair back. I would retouch my hair every 6-8 weeks and I’d attached the extensions to my hair and that would be my style for the rest of uni. Sometimes I’d put in a sew-in weave but that was more or less my style. Every evening I’d come home, undo the extensions, tie my hair, go to sleep. Then in the mornings I’d undo my hair, tie it back, then attach whatever extension I wanted to rock for the day and just leave it be. That way I was able to grow my hair to shoulder length, because I wasn’t really bothering it. I wasn’t styling it daily, I wasn’t having to blow dry it daily so I’m really considering doing that now with my natural hair just to try and get it out of the length that it’s currently stuck in. Even though I’m enjoying it, I’d like to see how far it can go.

So that is what I’m pondering at the moment. I haven’t completely figured out how I’m going to do it yet, and just like with other new routines, I’ll probably stumble a little. As I said, this kind of protective styling isn’t new but it is to me. So I really want to document it here on the blog, especially if there are other women out there who are also new to wigs and thinking about them as a styling option whether it’s purely for cosmetic reasons or protective reasons so we could learn together. 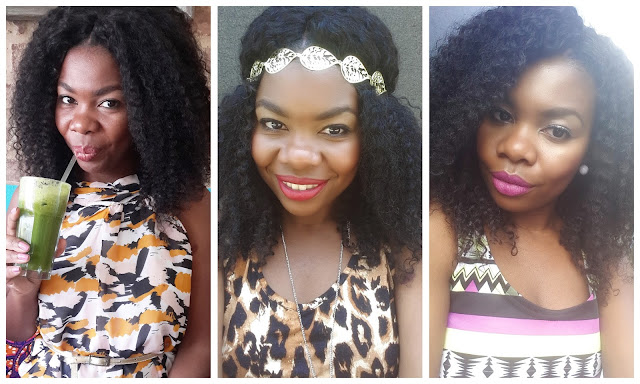 My wig is called Kinky Curly in 14″. It’s 100% human hair, lace front with three partings and I got it from South African online store Bounce Hair Essentials.

Have you considered wearing a wig, or have you already? Got tips for us wig newbies?