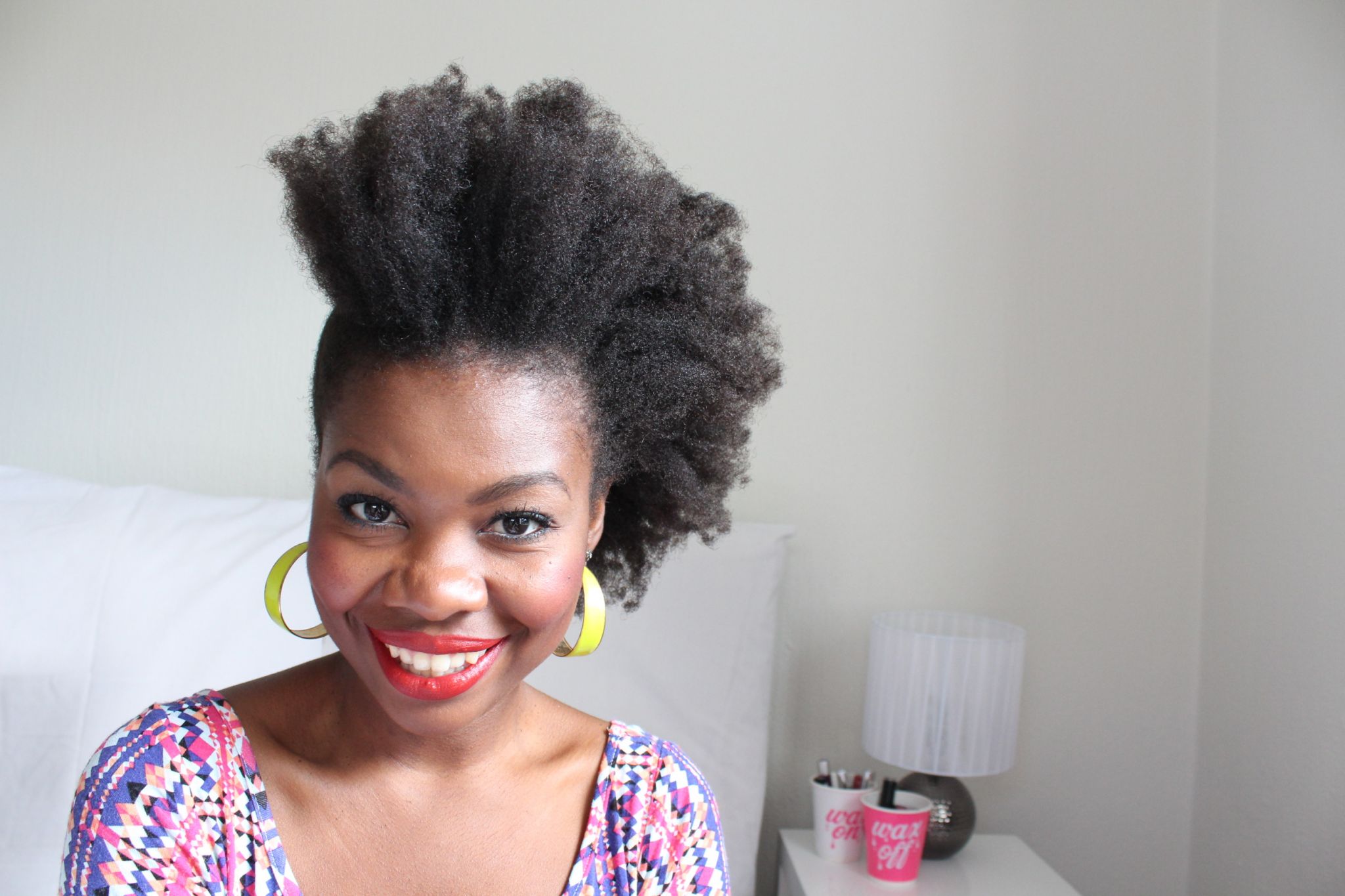 A lot of things have happened since my last post and I thought before the end of 2016 officially comes, I’d update you on what’s been going on with me and Fro. 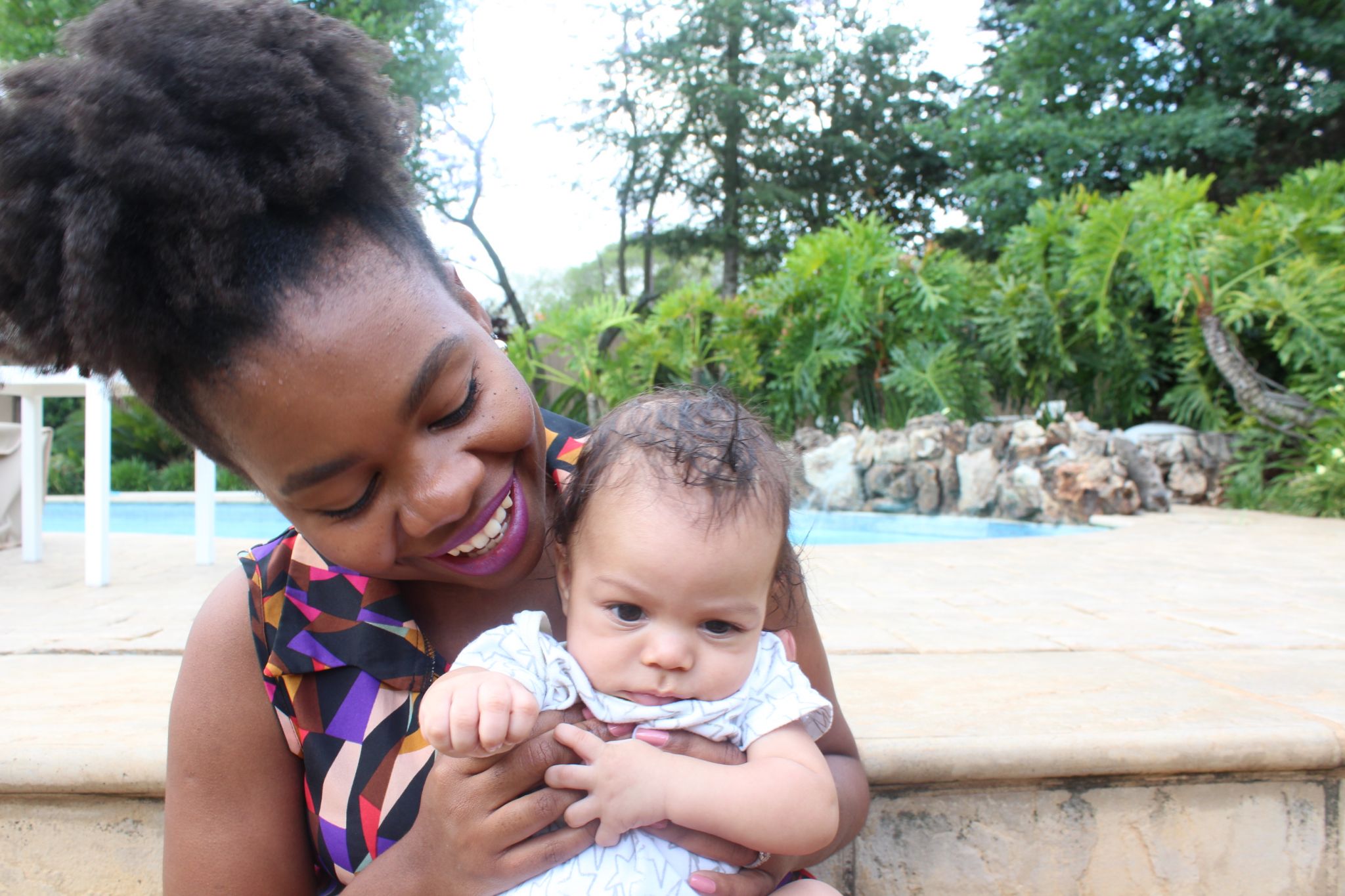 Well, first of all, I had a baby! He’s happy, healthy and absolutely amazing. He’s the light of our lives. I’m not gonna lie, it’s been quite a whirlwind few months, hence the hiatus. So before I continue, thank you for giving me this space and time to, as I said, tend to my newborn. When he was born, I unplugged completely from all social media except WhatsApp for communication with my family. In our busy and hectic lives, I strongly suggest you do it every once in awhile, it’s incredibly freeing. I was on maternity leave for 4 months and returned to work in November. It’s still such a huge undertaking and something I’m still getting used to. There’s actually so much stuff I want to talk about.

What’s been going on with my hair?

In a nutshell, my hair is now bra strap length. 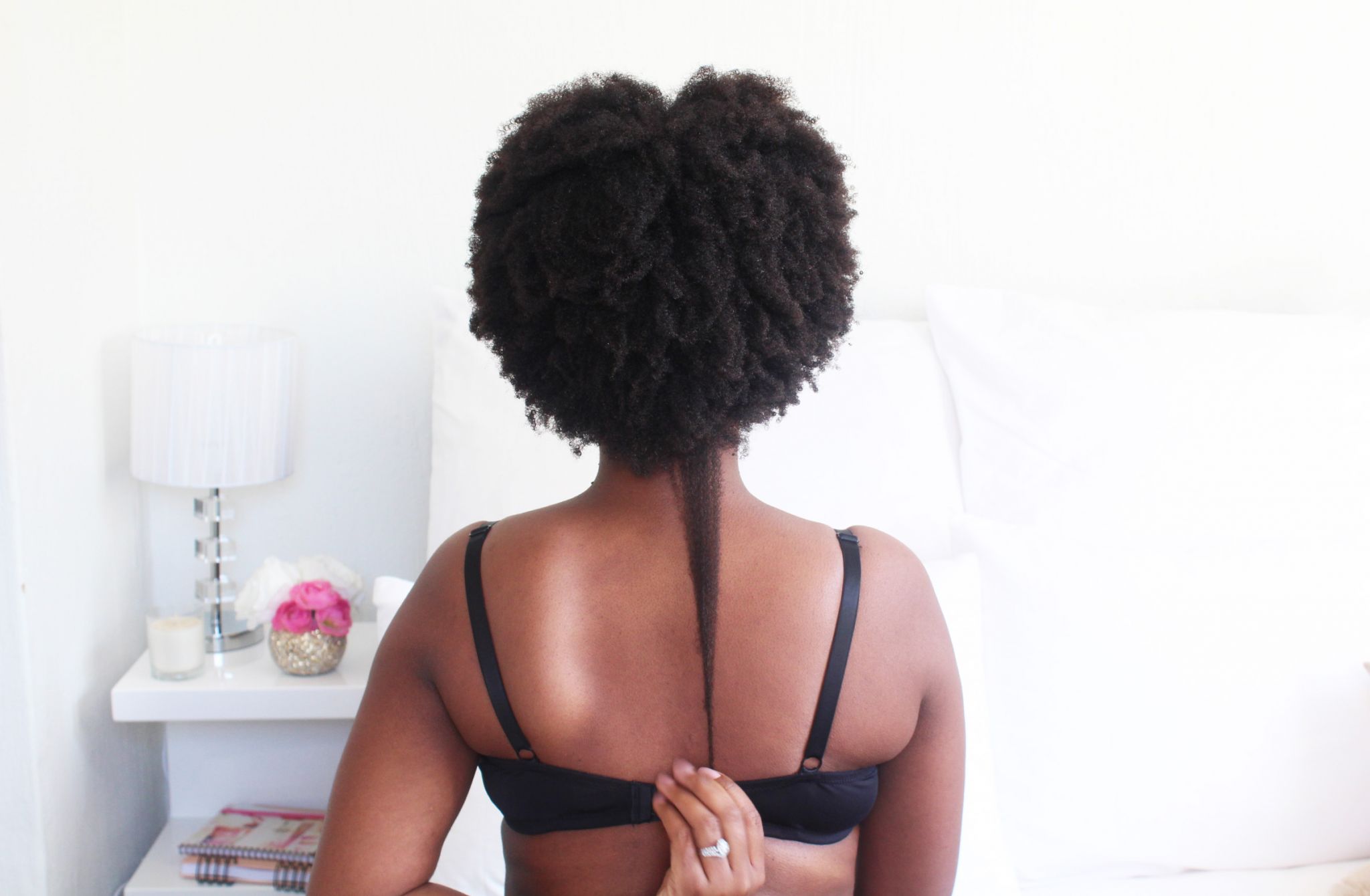 Before I gave birth, I knew I wouldn’t be able to handle my hair for awhile, so as you know, while I was preggers I wore wigs. I would put my hair in chunky braids or twists and just slap on a wig from around my second trimester onwards. So I continued doing that, even after I gave birth. The morning of the day I went into labour, I had gone to Ruutos in Randburg, please check them out, they really take care of your hair. Right now, I don’t trust anyone else with my hair. So they prepped my hair; washed, detangled, deep conditioned it then put it into normal straight back cornrows for me to wear my wig on top of. Just as well I did it then because I went into labour that evening! And on my way to the hospital I managed to grab my afro wig and put it on. Which was actually completely pointless because I took it off during delivery anyways. So I had them in for the first two months after Kai was born. I just co-washed and deep conditioned my hair when I could because even having a shower at times was almost impossible. So I’m really glad I managed to get my hair sorted and ‘out of the way’. Otherwise it would’ve been a hot mess with everything else I had to handle.

Then an amazing opportunity came, which you now know as All Things Hair. If you haven’t already, please have a watch of the videos on their channel. I’m proudly representing us natural girls there :). For that, I needed to have my own hair out to shoot the videos. So I undid my hair and had it out for a few weeks. For that time, I was really happy to see that my hair volume had increased, my hairline was full and my hair overall was just luscious. It was a welcomed aftermath of pregnancy. Almost like someone had poured some growth liquid on it lol. To the point I felt overwhelmed when I had it out sometimes because it was just so much hair and it grew over a short amount of time. So I really had to get reacquainted with my hair.

The problem was time. When I was on maternity leave, my son was very much in the fourth trimester phase so he wanted to be attached to me all the time. Which left me with no other time than the 10 minutes my husband would watch him so I can shower! Maintaining my hair and doing all the things I used to do before, was just not happening. So I put my hair in chunky flat twists and put the wigs back on. Then I went back to work, which was a massive change in my life. After being with my boy exclusively for four months, going back to was incredibly emotional and I still haven’t gotten used to it.

The plan was to get my hair properly treated and prepped at Ruutos for the wigs again in early November but I then confirmed I’d be travelling for one of my best friend’s wedding in Kigali. And I knew I wanted to wear my own hair for that. So that led to my next challenge which was MOH hair. I had a blank moment because I didn’t know what to do with my hair. I realised I didn’t have a plan. A wig would’ve been easy but she requested all of us bridesmaids to wear an updo which is quite a task with most of the wigs I have. So I presented these options to you on Instagram and Facebook for your opinions: 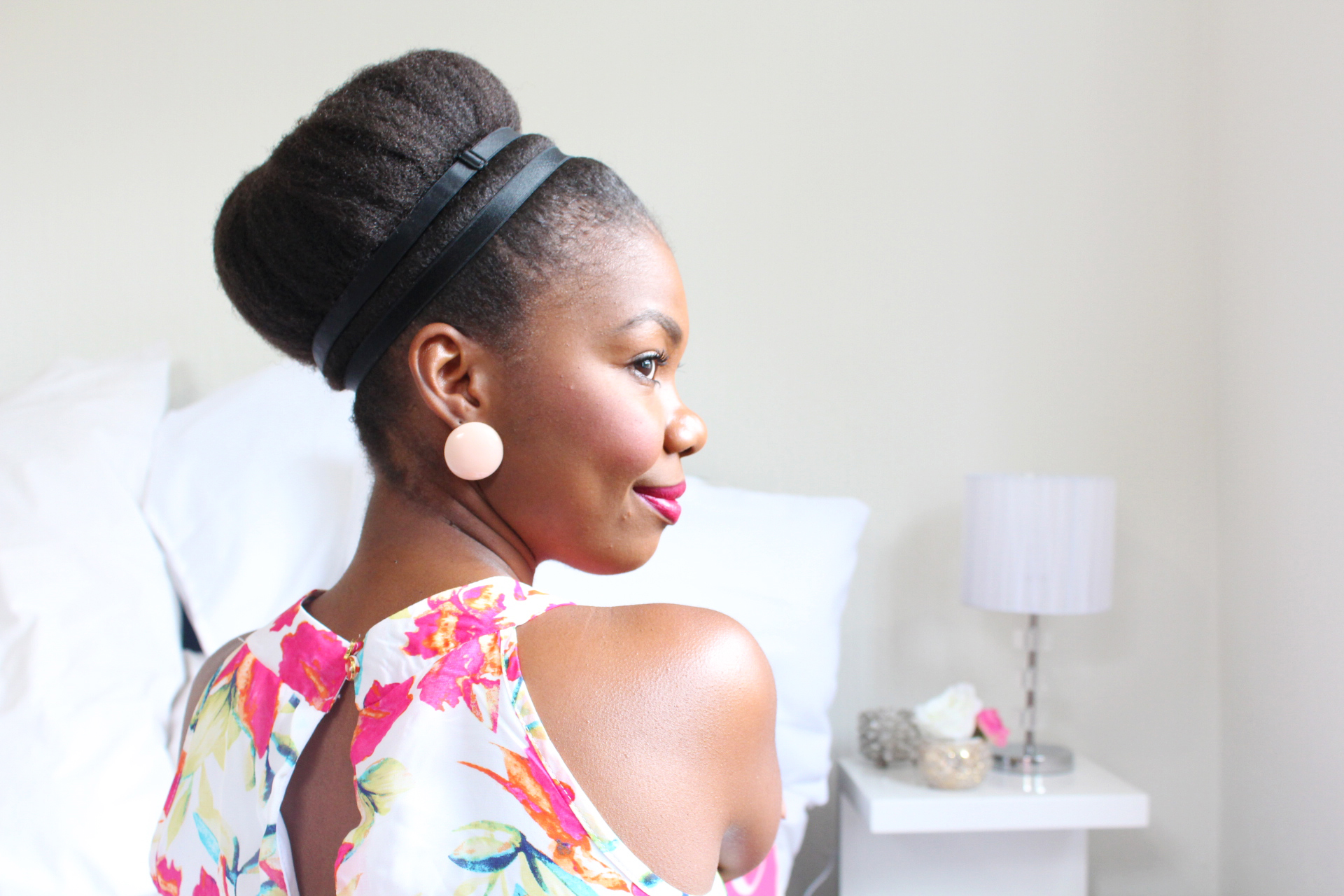 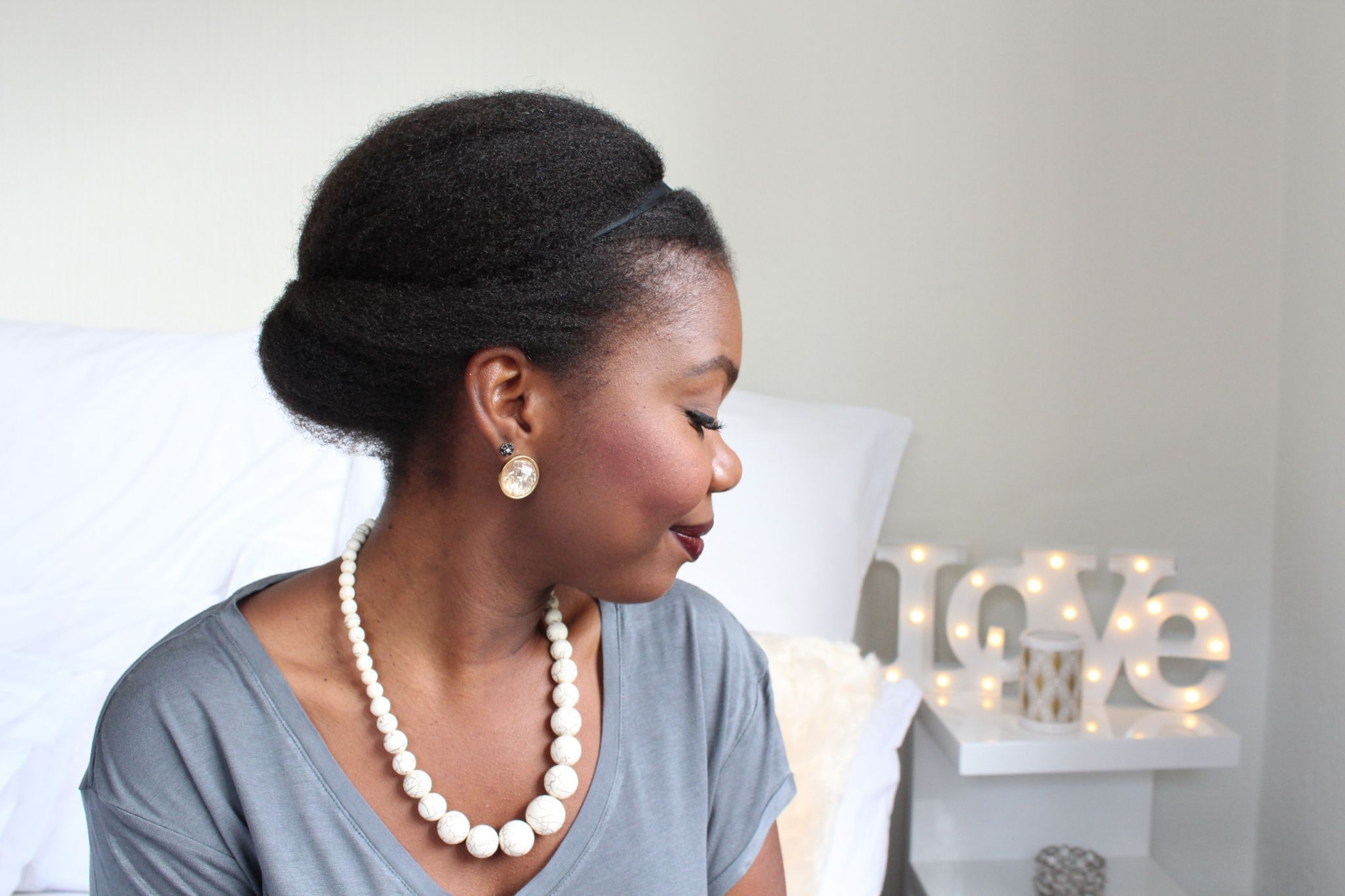 When I asked the question, I think it came across differently to how I thought it. The reason why I asked whether I should wear a wig or the above styles, isn’t because I didn’t want to wear my own hair. It was more a concern that the high bun in particular may be too bridal rather than MOH, especially as my friend is also natural. I wanted something more understated. But when I was there, she chose the high bun style for me anyways. And I added a Marley twist around it. 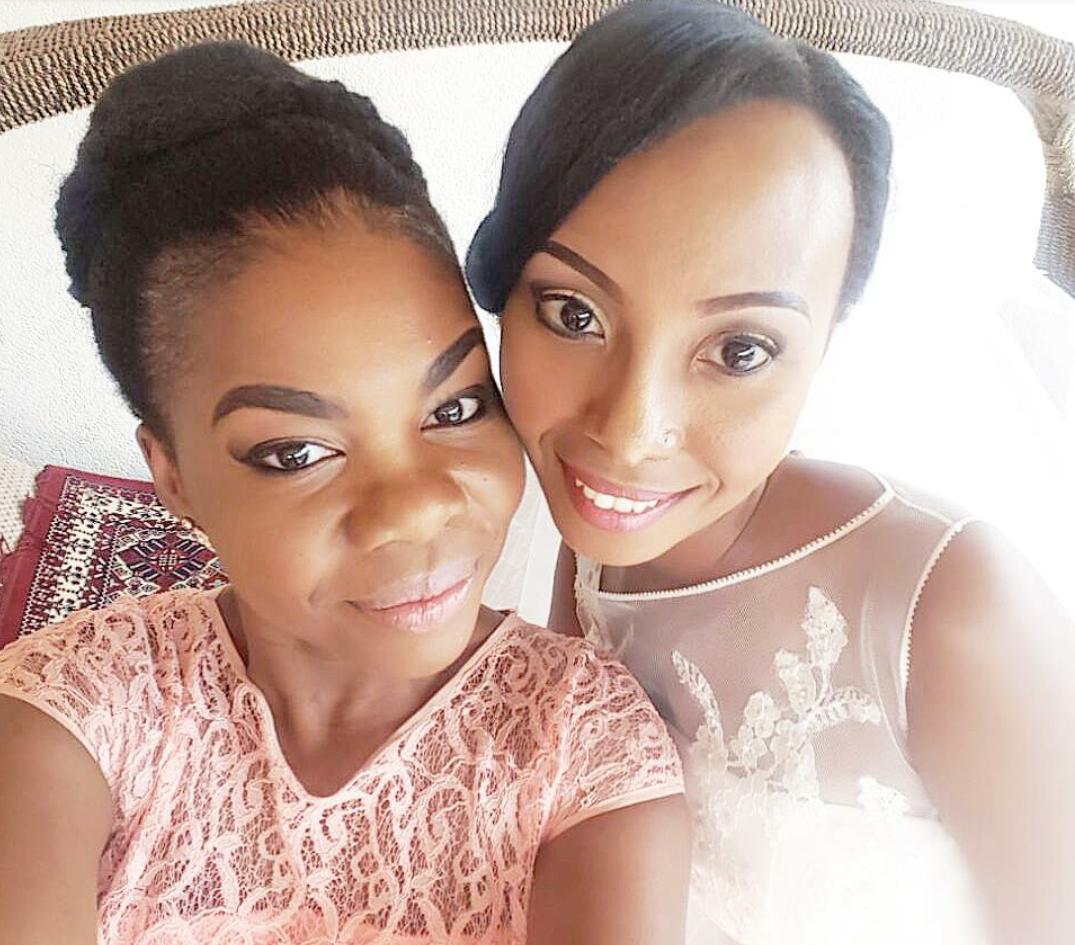 It seemed to come across as people interpreting it as I didn’t want to wear my own hair which wasn’t the case. I’ve never had an issue with my hair (except the third month I was natural. Times were hard). I’ve always loved wearing wigs and weaves etc as a change, not because I’m not comfortable with my hair.

In preparation for the wedding, I knew I had to prep my hair here. I didn’t want to leave it up to salons or stylists whom I didn’t know in Kigali. Doing it myself took forever. Even though I’ve always lusted after longer natural hair, I realised that I was struggling with it. My lifestyle has completely changed and as with so many other things in my life that have had to change with it, my hair routine is also on that list. I just don’t have the time. What’s my plan? I’ve been on a re-nesting phase where I’m clearing up so many things. I’m removing my house and life of clutter – as much as possible as quickly as possible. If I have something that someone else can benefit from, why should I hold on to it? Well, I realised I’m not even enjoying my hair. So what’s the point of holding on to it? That’s essentially what I’m doing with my hair – I’m holding on to it and being excited it’s gotten longer – then what? I’m now going through the dreaded post partum shedding phase. My hairline in particular is thinning out and the volume I once had right after birth is disappearing fast. The thing is, I’m not as upset about it as I thought I would be. As much as I love my hair, it also needs to work for me and my new lifestyle. 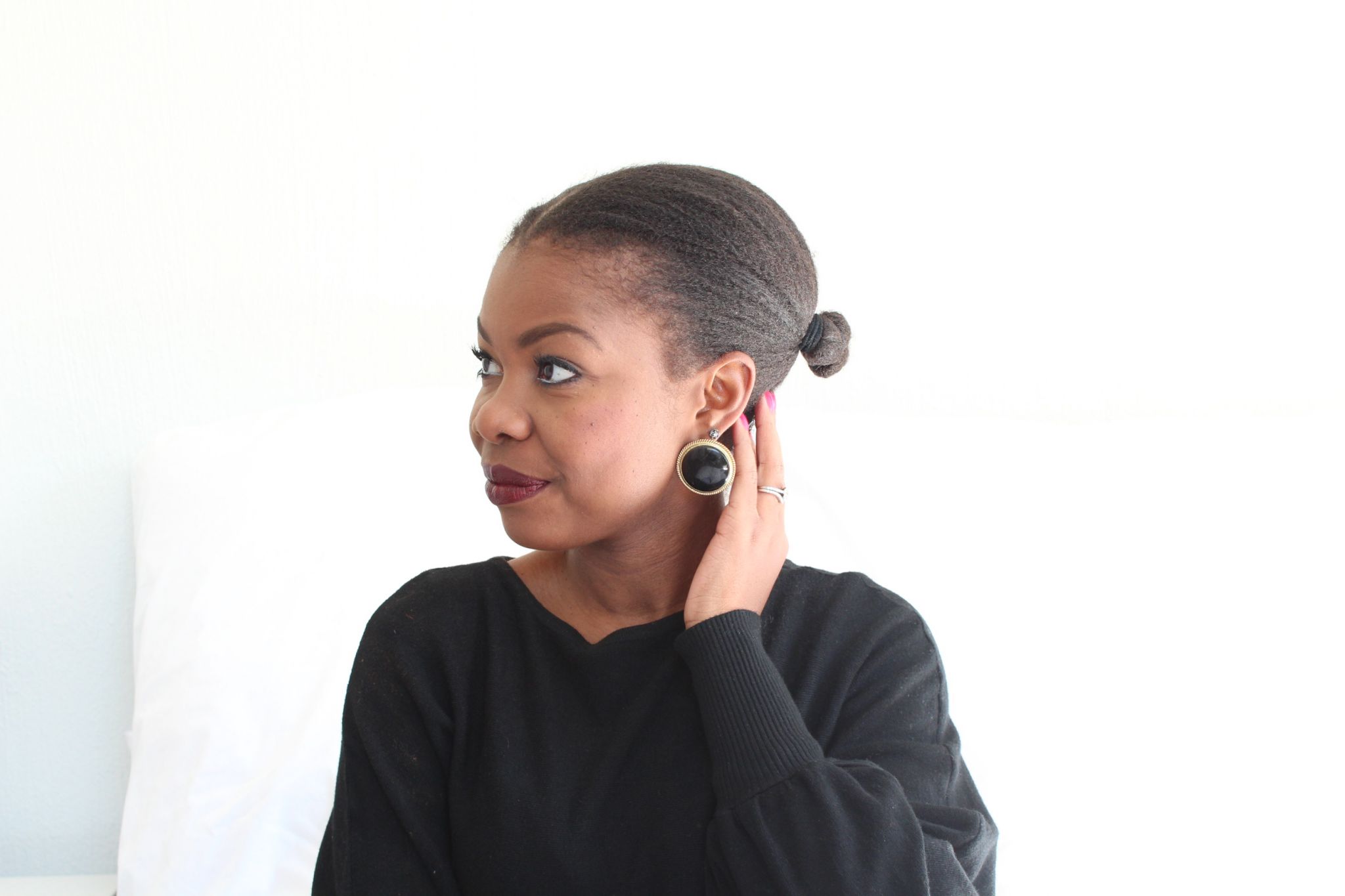 A couple of months ago, I came across a story of a boy who grew his hair for years to donate it to cancer patients. That made me realise that of course – cancer patients, especially children sufferers, there’s a lack of natural haired wigs for them. And if I’m covering my own hair with wigs, not enjoying it etc. then maybe that’s what I need to do – give my hair to someone who’ll benefit from it. I don’t want to end up big chopping only to throw my hair away – if it’s needed and wanted. I think it’d be such a waste. Why not do something good with it? It’d make it worth it in the end. So I’ve decided that’s what I want to do. It’s been playing on my mind for awhile, and this past week has just confirmed it. Hair will grow. At some point I have to let it go. I’m planning on doing it before the end of the year. I’ll need to book an appointment with a salon to prep my hair for the donation.

It’ll be a fresh start for me, and a very welcomed one.