Last month, I realised that Kai had reached a milestone: he turned six months old. I can’t believe half a year has flown by already. I know that everyone says it but it’s true: it goes by so fast. So much has happened since I brought my little one home. I kept notes of his developments from day one so I thought it’d be nice to share them monthly for any mama who has a new baby, or expecting one, or if you’re just curious. Ok I’m rambling now…

Not much happened in this month, other than, well, we brought home a baby! At this stage, Kai was still very much the typical newborn, sleeping most of the time. He started becoming more alert when he was about 2 weeks old, but still very much more sleeping than anything else. He still couldn’t support his head and he went through a growth spurt at around 3.5 weeks. I was exclusively breastfeeding him every 2 hours or so. The biggest milestone in this first month was him latching on to my nipple properly! And correcting himself when he didn’t. It was my first proud mama moment.

2 Months – Smiling and head lifting
At 6 weeks, he went through his first big growth spurt and almost overnight, was able to track movement with his eyes. He was confidently lifting his head and did his first quasi roll over. I was so excited, I thought my baby was a genius and he’d be a pro at it by the time he reached the normal age of rolling over. Five months down the line, he’s kind of gotten over rolling over. The biggest milestone: he smiled. Yes, many babies smile from the get go but those are nerve twitching smiles. Now he was smiling with purpose, with intent and it teased us in what to expect of his first giggle. 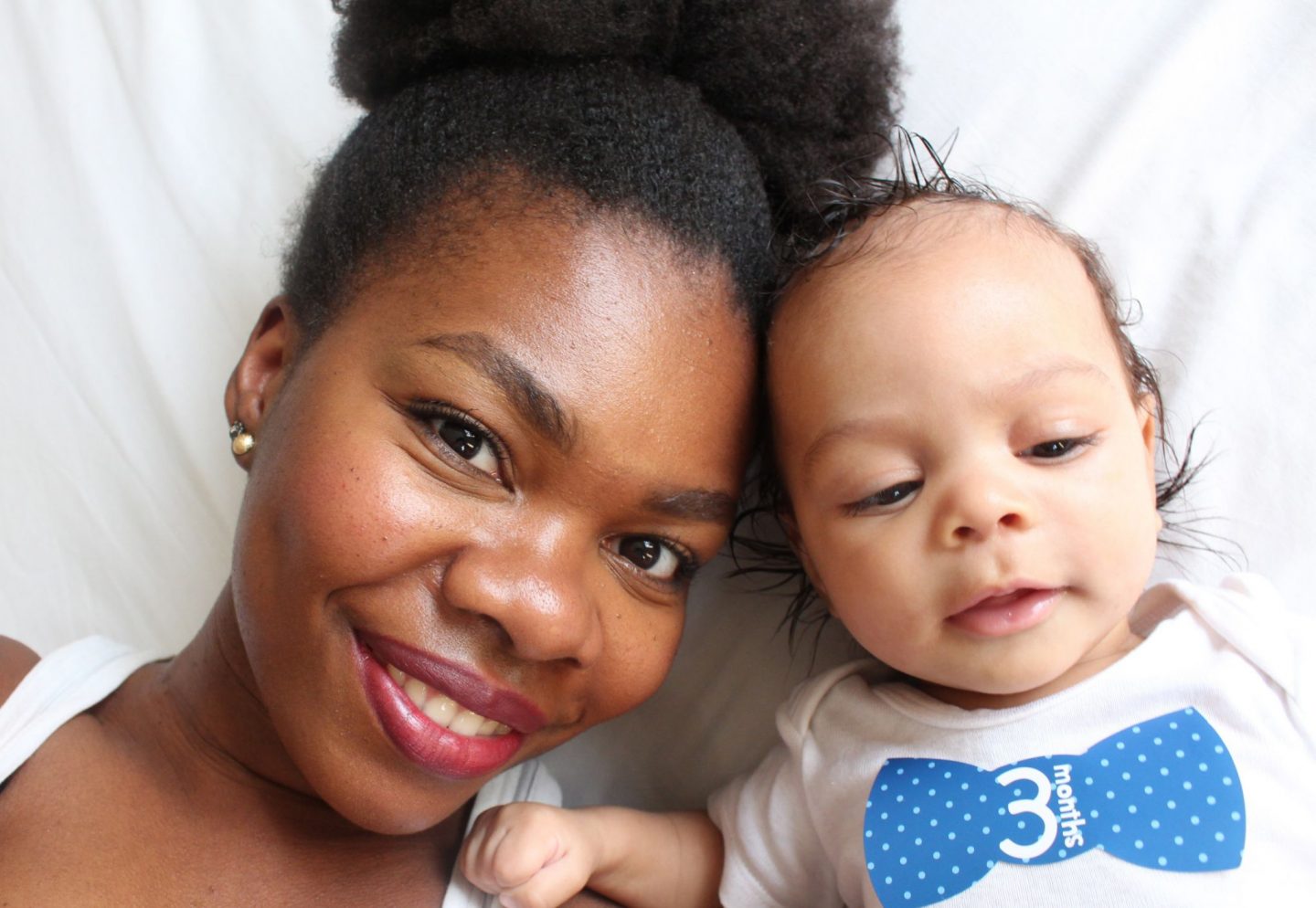 3 Months – Laughing and sleeping through the night
By three months, it felt like he did a complete 180. After going through another growth spurt, which actually wasn’t as harsh as the 6 week one, Kai achieved two of the best milestones. I can’t actually decide which one was bigger: laughing or sleeping through the night! Hallelujah! This was a great month as it’s when Kai really started coming into his own. Up until now, I was looking forward to pretty much all of the classic milestones. But there’s something so incredible about hearing your child laugh. It’s ridiculously contagious and incredibly rewarding. Come to think of it, that is the bigger one as it’s the one that gets you through the times you just need a break.
4 Months – Solids and sitting with support
By now, Kai’s doctor had given us the go ahead to start introducing soft solids to him in the form of pureés. Major milestone. I hadn’t been that nervous about my responsibility as a mommy since the first month. What if he was allergic to something? Is he still getting enough milk? What if he hates my food? Well, he didn’t. In fact, he loved everything I made him (except lentils, he was polite in his rejection of them though) so the transition to solids was a pretty smooth one. Another milestone was he was able to sit with support. So we’d either prop him up with cushions or have him sit between our legs on the floor. I also went back to work this month, so it was a huge adjustment. More so for me than him, thankfully. 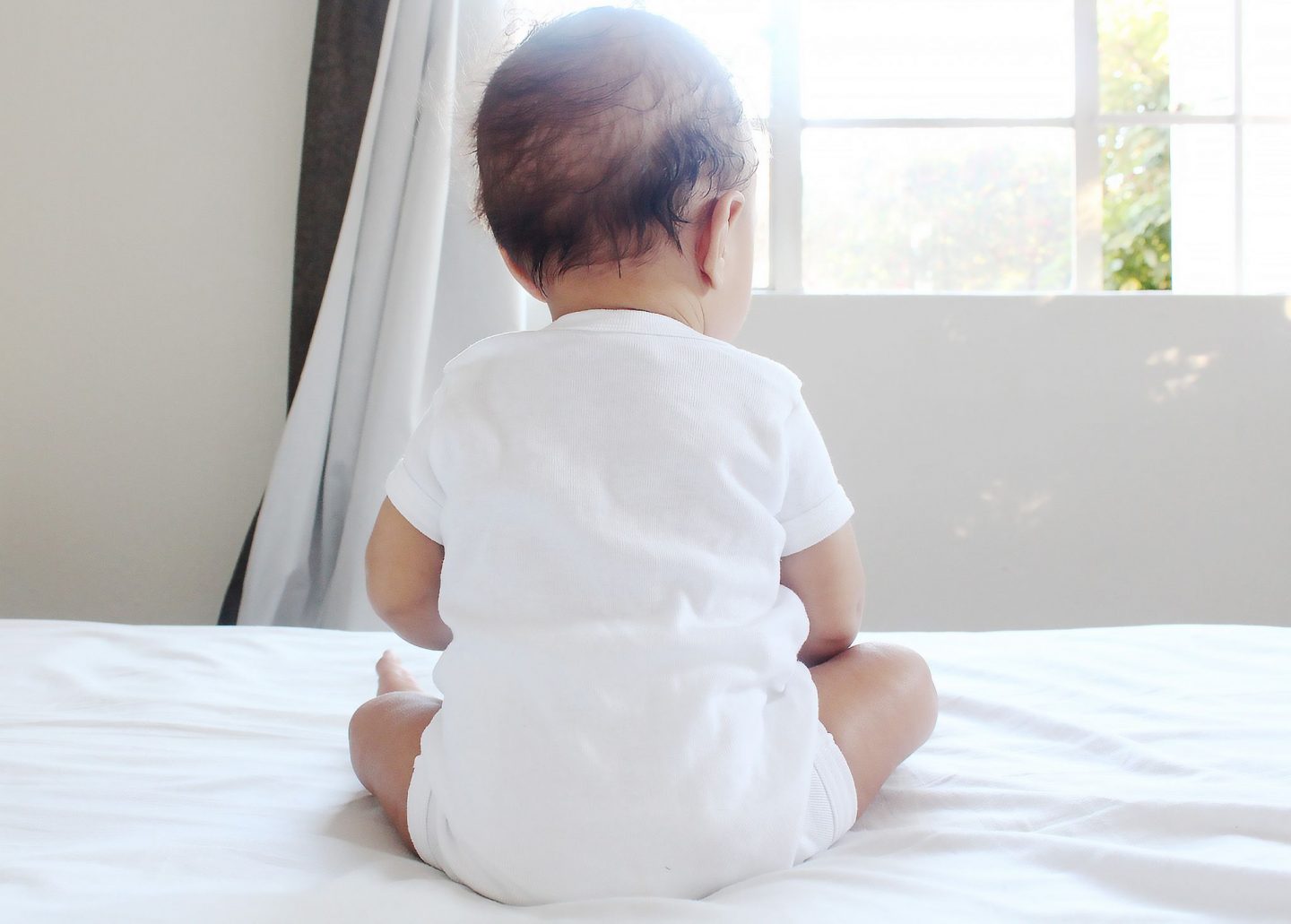 5 Months – Sitting alone
It felt like he was sitting supported for about two weeks when all of a sudden, he was able to sit on his own. Of course it started off really wobbly at first, with a couple tumbles here and there. But once he realised he needed to use his hands to steady himself, sitting was all he wanted to do. That, and he also developed a love of dancing.
6 Months – Eating proper solids
Kai is now pretty much eating what we eat – just more of a baby version. So his food is still blended but made into a chunkier consistency. Again, out of nowhere (and after a couple of days of erratic sleeping) he surprised us by standing supported. Then followed by a bit of concern that his little legs were a bit too little to be supporting his weight just yet (I’ve heard that babies can get rickets this way). But no matter what we did, he’d find a way to pull himself up and have a wobbly stand. I just found it so weird that he’s able to stand but not do a full roll over yet. His doctor assured us that many babies reach milestones in different orders, so there wasn’t anything to worry about and we should just encourage him to get to the rolling over stage.
So that’s where we are. I though I’d make this a catch up post before sharing his monthly updates. Because boy is the first year full of amazing milestones. And while I’m looking forward to them all, I’m so enjoying where we are now.