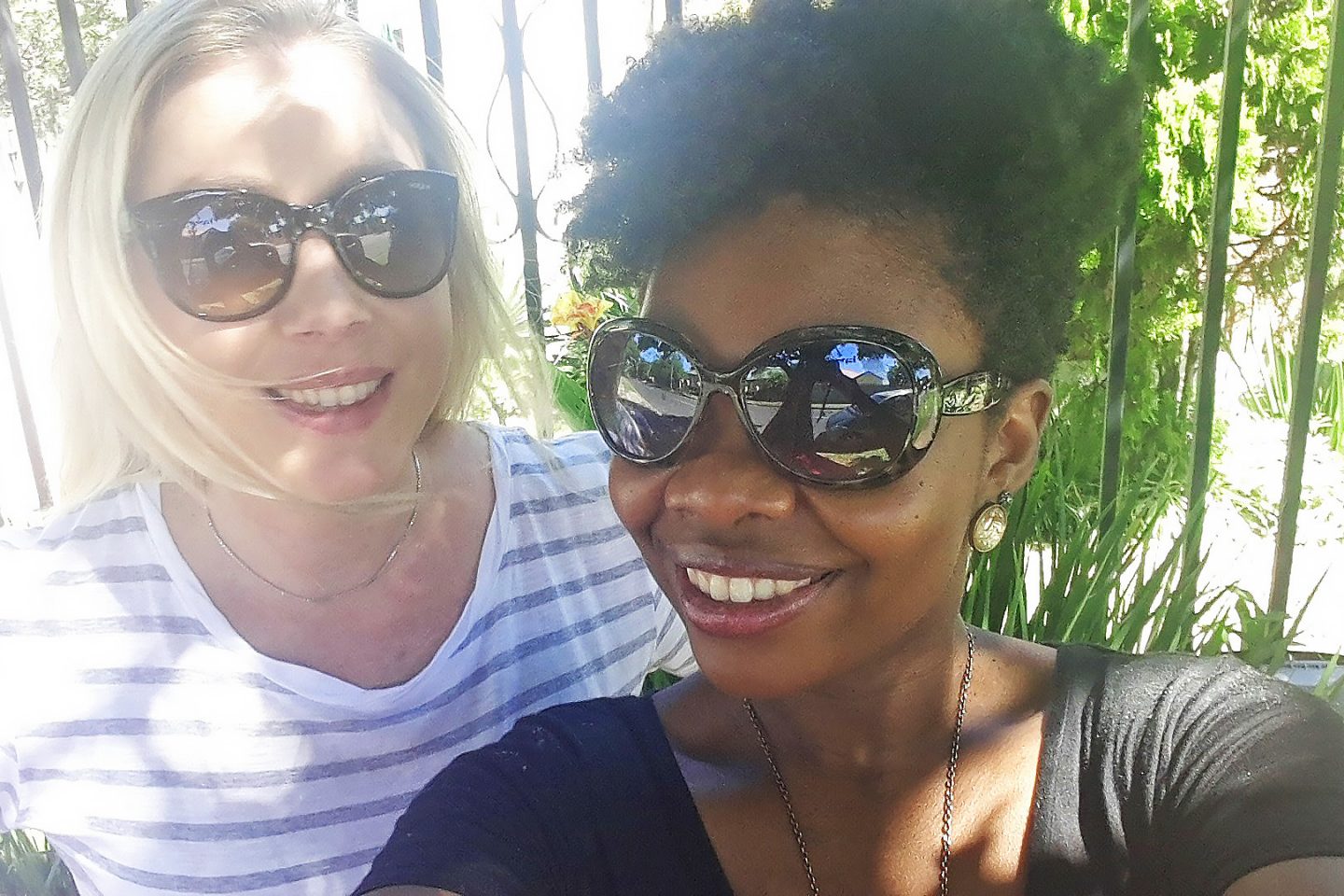 Not long ago, I spent my Human Rights day with my fellow mommy friend Janine, and our sons. We were pregnant at the same time, and our boys were born 10 days apart. We hadn’t caught up with each other in person since we both returned to work after maternity leave, and we love going to places with the boys so we can grab a bite to eat and oogle at each other’s kid. (That was a nicer way of saying we still want to hang out but have to bring the tots along with us). So far, we’ve found it quite challenging finding places that are truly baby and new mommy friendly. So we’ve made it our mission to explore different venues where we can hang out with our lil’ guys  and share our experiences with you, especially moms who haven’t hung up their friend hat. After all, mamas gotta to eat too.

Quite a few of my friends and acquaintances have raved about this restaurant to me so as soon as Janine and I agreed we needed a long overdue date, I suggested we try going here. I heard it was a great place to eat as well as child friendly. A bonus that drew me was that they have child minders so you can eat and chat while your child is looked after. Score! I thought.

Here are my thoughts. 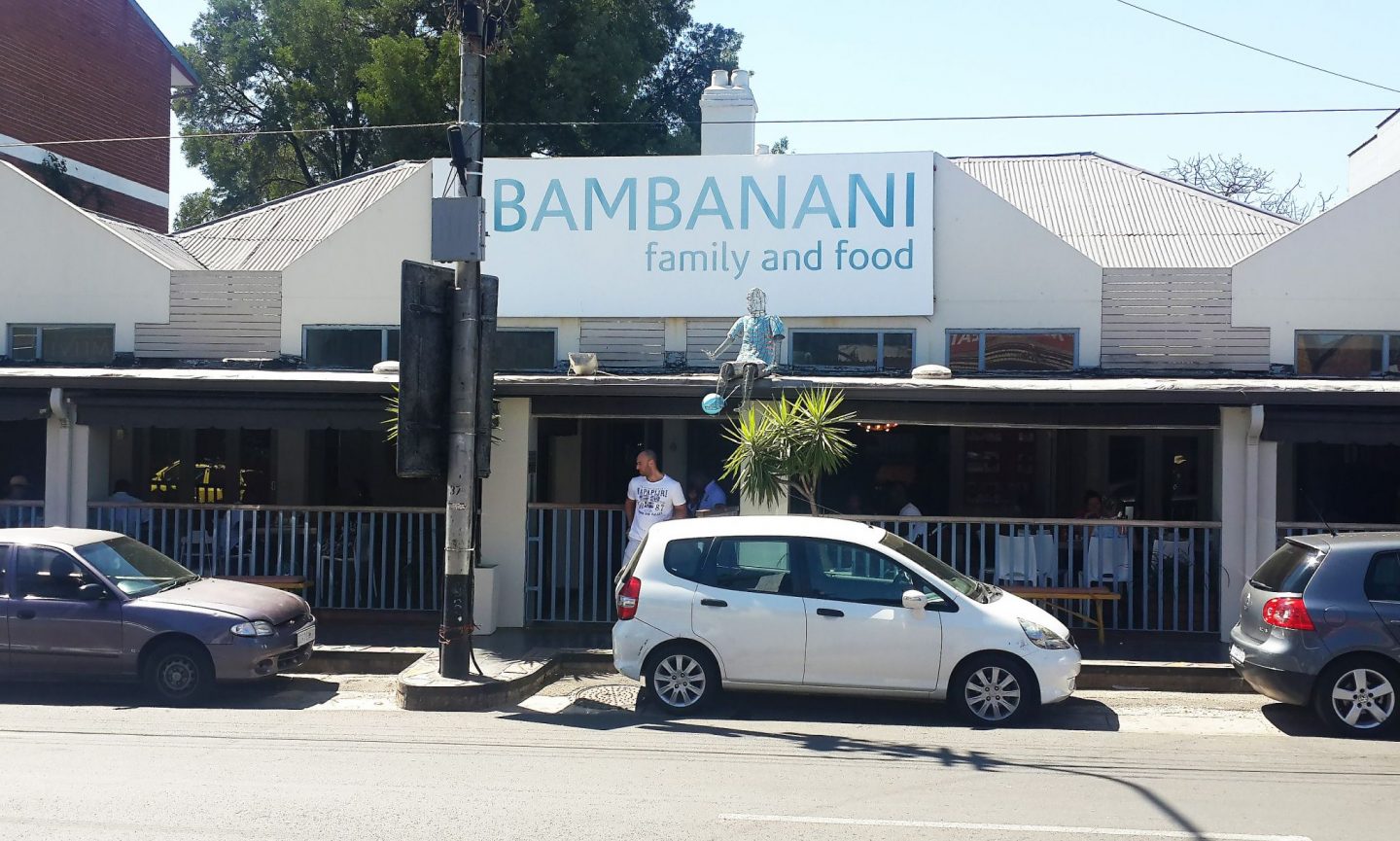 Parking: Well, it’s Melville, so parking is always a headache. So I tried to prep myself for such but it’s quite something when you have to lug out a baby stroller, nappy bag and and and. I managed to find a spot about a block down from the restaurant. But taking Kai out of the back seat to put into the stroller was a bit of a challenge. In hindsight, I should’ve parked my car so that his seat was on the pavement side (I’m still getting used to this motherhood thing). But I’m glad that the streets aren’t so hectic because we made it in the end.

Security: When we first walked in, there was a guard at the gate who greeted us and instructed us to sign our kids into a book. We kept the receipt from the book as we needed to show it on our way out. Basically, if you don’t have your receipt, you can’t leave with the child. This really impressed me. I didn’t even think this was something that places offered and I’m really glad it does. As much as we are good people, unfortunately there are some horrible ones out there and our children are the most vulnerable. I’m glad that the owner or manager thought of this and has implemented this rule. Gives me peace of mind.

Service: It started out ok when we first sat down, but eventually we felt like we were forgotten about. We had to search for our waitress quite a few times to place orders or ask for some assistance. It was both of our first time being there, so I don’t really know how busy they get. But it was a full house when we were there and the service was quite underwhelming. I’d assumed that with the size of the restaurant, and the very nature of having child facilities, they’d be used to a busy restaurant and their staff is trained to handle such. 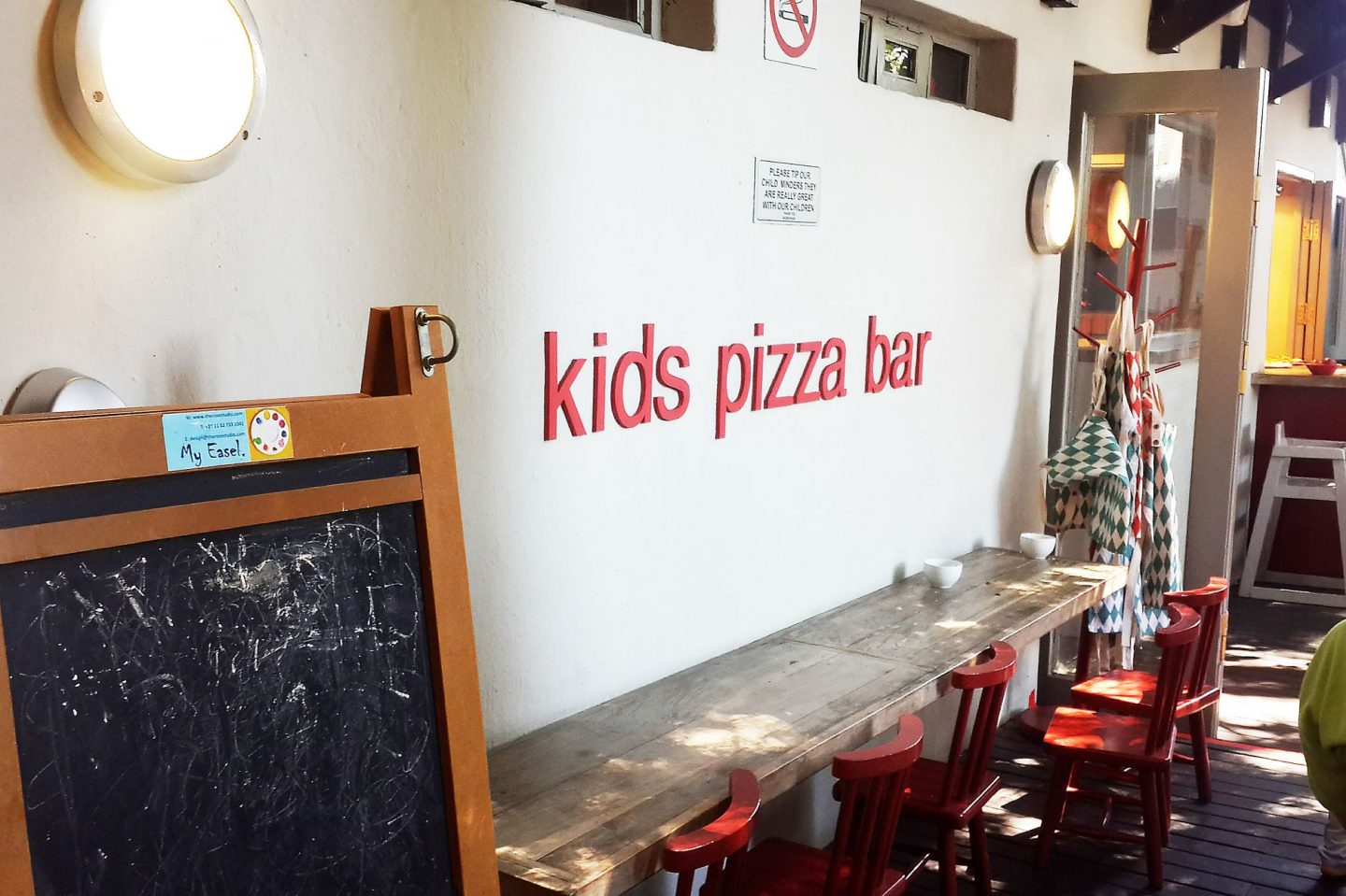 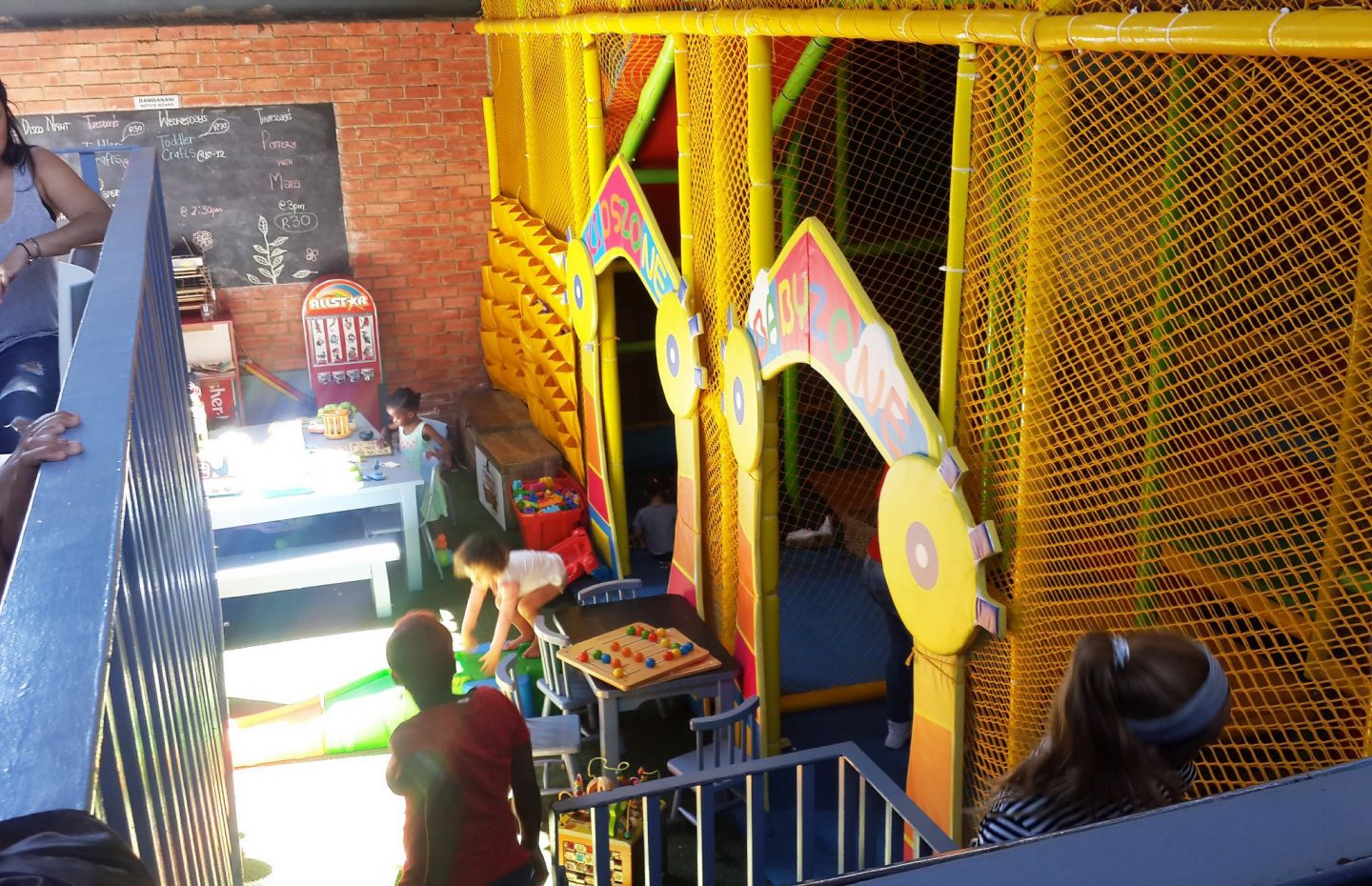 Food: I ordered their Argentinian spicy steak skewers with a side of chips and Janine had their quesadilla. Both of our meals were ok, they could’ve been tastier. My skewers were a bit cold when they arrived, whereas my chips were piping hot so they were probably waiting to serve them together. They both took a little while longer than we’d have liked to get to us and you know how time with a little one is limited.

Baby friendly? Not really. I had gotten really excited knowing that I could have my meal in peace while a minder is keeping an eye on my boy playing with other babies. I even called in advance to ask if there will be someone to watch our boys, telling the staff member that they are 8 months old and crawling. I was reassured multiple times that I could bring Kai and there would be no problem, he’d be watched. I imagined there would be a separate older kids and babies area, like a play pen the boys could crawl around in. And while they do have a ‘baby zone’ in the play area, it was for much older babies, about 18+ months and we didn’t want our boys playing with babies so much older and bigger than them.

Changing facilities & high chair service: I was really disappointed with both of these. The restaurant’s website mentions that they cater for children 6 months upwards so I was already feeling a bit down with the non play area. When it came time to change Kai’s nappy, I was directed to the loo where there was just a changing mattress on the counter. The thing is, the shape of the counter where the mattress was placed is so awkward (like an L shape), it made it tricky for me to change him. The sinks and the bin were also a bit too far from the designated changing spot on opposite sides, so if you have a baby who rolls around (me!) and you’re on your own changing him, it’s a bit of a conundrum. I felt it was quite an afterthought. Then when it was time for Kai’s lunch, I requested a high chair. It was a very old looking chair but I put Kai in it not realising that it was broken with a nail poking out. Thankfully I spotted it as he was grabbing the barrier and I quickly removed him from it, reported it to the waitress and asked for another one. 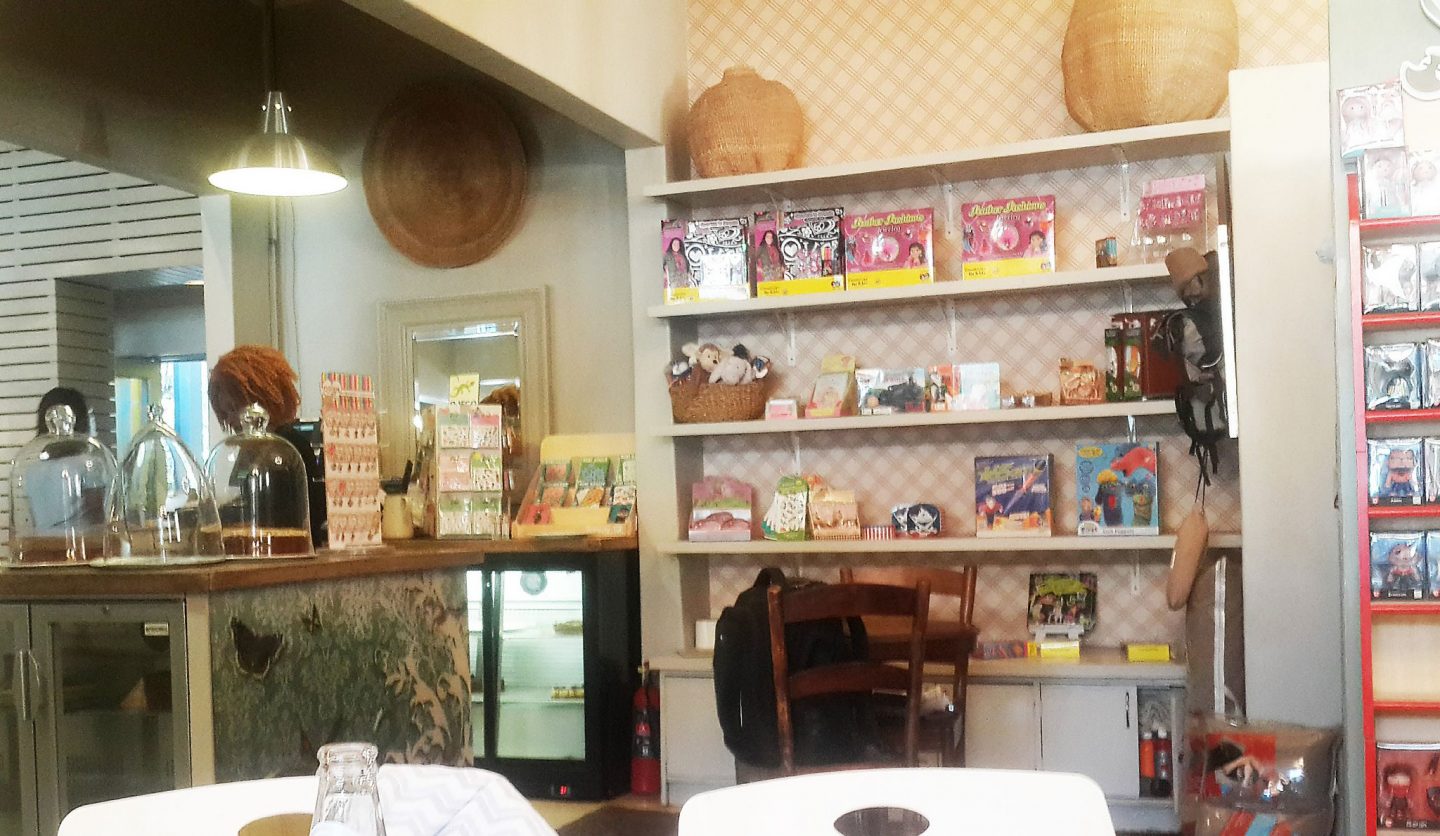 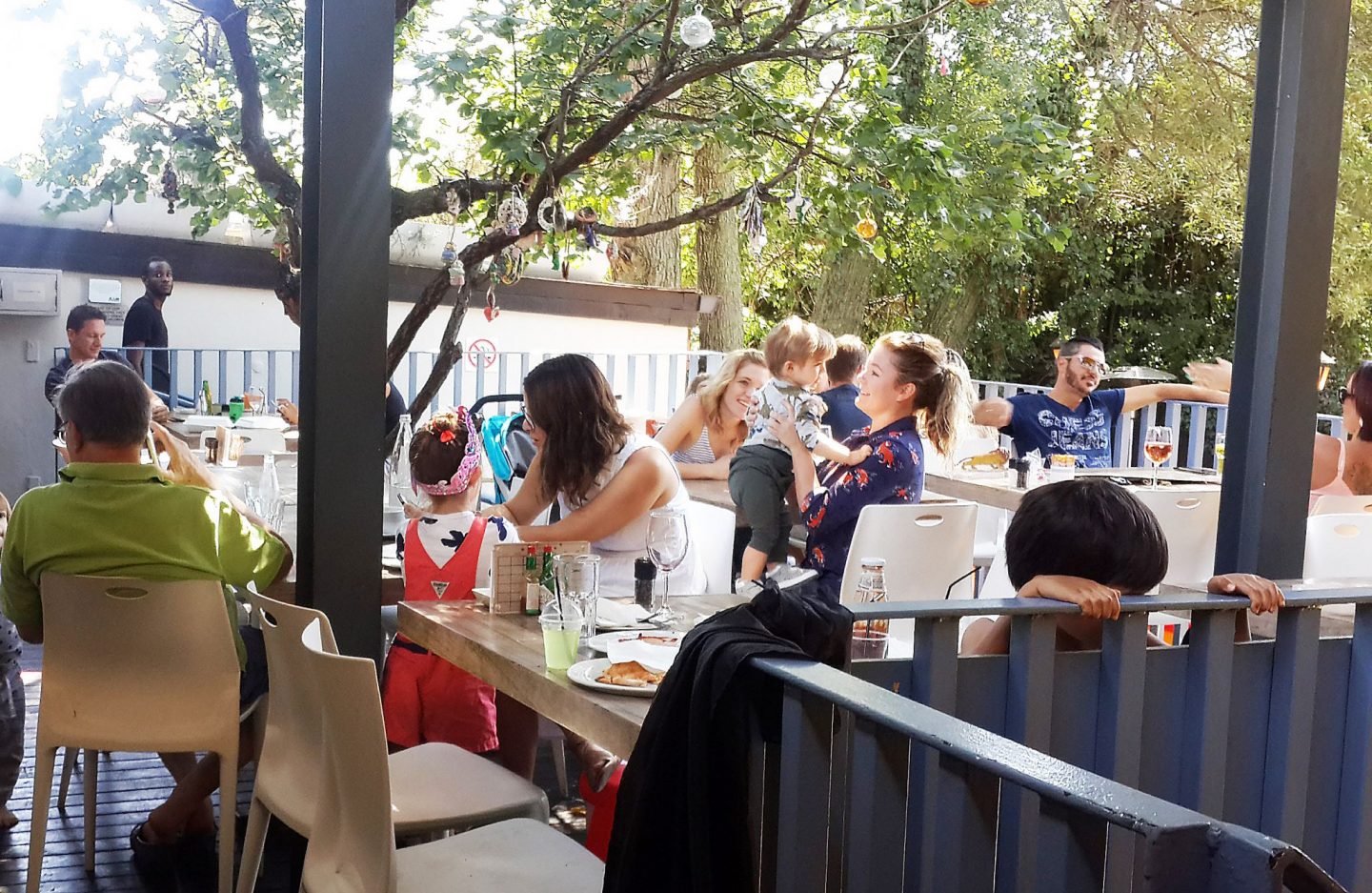 Breastfeeding: There is no real way of judging if a place is breastfeeding friendly or not, except if the staff aren’t out of their minds and ask you not to do it or if the other patrons don’t look at you funny when you whoop the boob out. Well, I’m happy to say that neither happened when we were there. Kai, like clockwork banged his head asking for boobie, and I felt comfortable giving it to him. I always cover up with my khanga, more for me than anyone else’s comfort so I can’t say how things would go down if you’re keen to show skin. Either way, I’m glad it wasn’t an awkward moment.

All in all, Janine and I agreed that we’d give the restaurant another go but only when the boys are older. The outside dining areas looked really nice and I love the idea of a pizza making station for the kiddies. I understand that most of the above amenities may not be on point or even exist in other places, but I expected more for such basics from a restaurant that says it caters to families with children six months upwards.

Have you been to this restaurant? What do you think of it? Where do you enjoy going to with your little ones?