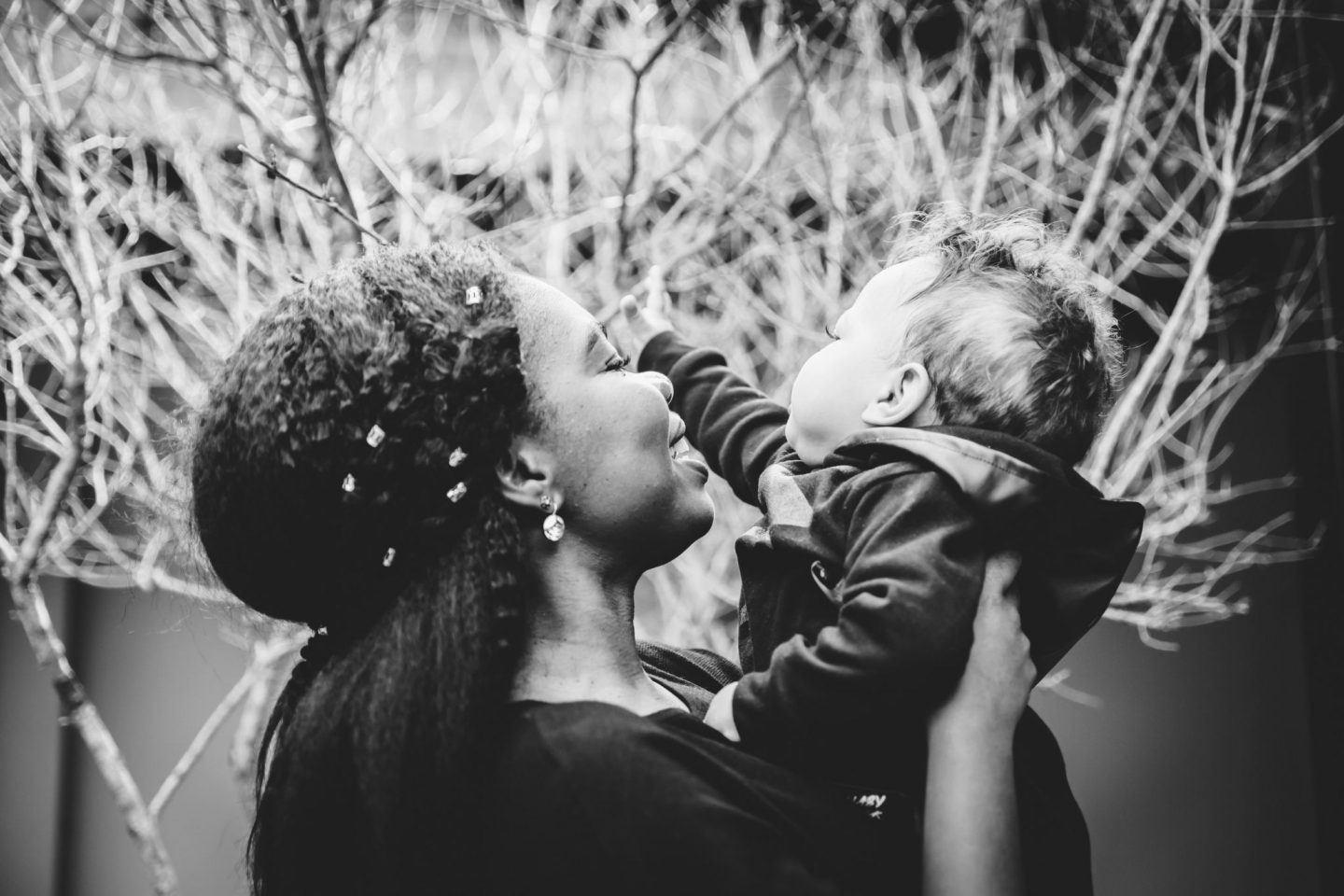 I’m in two minds about the timing of this post. On one side, I know it’s a bit late as Kai turned 14 months last week. On the other, I feel like it’s too soon because I still can’t believe my boy is already one, let alone older than that now. Which basically also means that I’ve been a mom for more than a year. In one word: wow.

I’ve never really liked children. I know that may come as a shock to many, even some of my friends would think I was pulling their legs when I’d tell them this. Babies, yes, I could always handle babies. But give me anyone past the age of two and I’m at a loss for words. So whenever I imagined myself being a mom, although I knew I’d love my child, I wasn’t sure if I’d like them. You know there’s a difference. And I’ll also come out and say I didn’t enjoy my pregnancy either. It was so far from what was promised to me by the media and society. The lack of transparency and sharing real, honest experiences from women around me also made me feel so duped and very alone while pregnant. So it wasn’t my favourite state, but I respect the hell out of it.

After 38 weeks on the dot, he finally came. And in what felt like seconds my whole world, way of thinking, mission in life changed. Actually I didn’t really feel like I had a defined mission or purpose – I still haven’t quite figured it out but I know he has something to do with it. All of the pains, discomfort and unpleasant parts of pregnancy finally had purpose when I saw what we (my body and I) had produced.

I was most scared and nervous about being a mom in the first few weeks. I felt so overwhelmed by this huge responsibility and the sleep deprivation was so real and something I could have never prepared for. Baby blues and cabin fever also hit me a couple of weeks in and I felt like I didn’t know what I was doing. Suddenly, everyone was looking to me to make decisions about Kai, asking me all sorts of questions, wanting to chit chat, when all I wanted do was sleep. But I’d feel guilty for asking for it, as I knew my son needed me and I really believed that he needed me all the time. My husband, also overwhelmed at times, was great but he could only do so much while also working. So I tried my best to always be “on”. Needless to say, it added to my exhaustion.

The biggest early challenge for me as a new mom was breastfeeding, as you know. It was painful, difficult and disheartening at times but we both soldiered on and as I write this, we’re finally in the process of weaning. It’s ironically something I’m not enjoying after all the early troubles of nursing. Then came returning to work after four of the quickest months of my life. I hated going back, because I felt like it happened just as he started getting animated and his personality was starting to peek through and I felt like I was getting a better handle on this whole parenting thing. I had exclusively breastfed him up until a few days before so he could have a mix of formula and my milk before getting onto starter solids. I’m also still trying to figure out this new body of mine, which I praise for being so strong but find myself confused on how to dress it.

I’ve been nervous a lot this past year. The worry wort in me has grown immensely and I worry about so many things simultaneously. I was worried about leaving him with his nanny for the first time, the first time he got a bug bite, the first time we travelled. I worried about the first time he’d fall sick and when that happened last month, it hit us all like like a ton of bricks. A few months ago, he was chewing on something he shouldn’t have in the middle of the night. After my husband got it out, I wailed. The raw emotion that came out that night made me realise how dear this little boy is to me. That despite all of the sleepless nights, exhaustion and overwhelming feelings….he is literally a piece of me. A big thing that makes me love being a mom is seeing how much my boy loves his daddy, and how parenthood has changed my husband too. Kai and I are now officially competing for Kev’s chest to sleep on. It’s his absolute favourite spot – even more than mommy’s. I won’t lie and pretend I’m not a tad bit jealous. 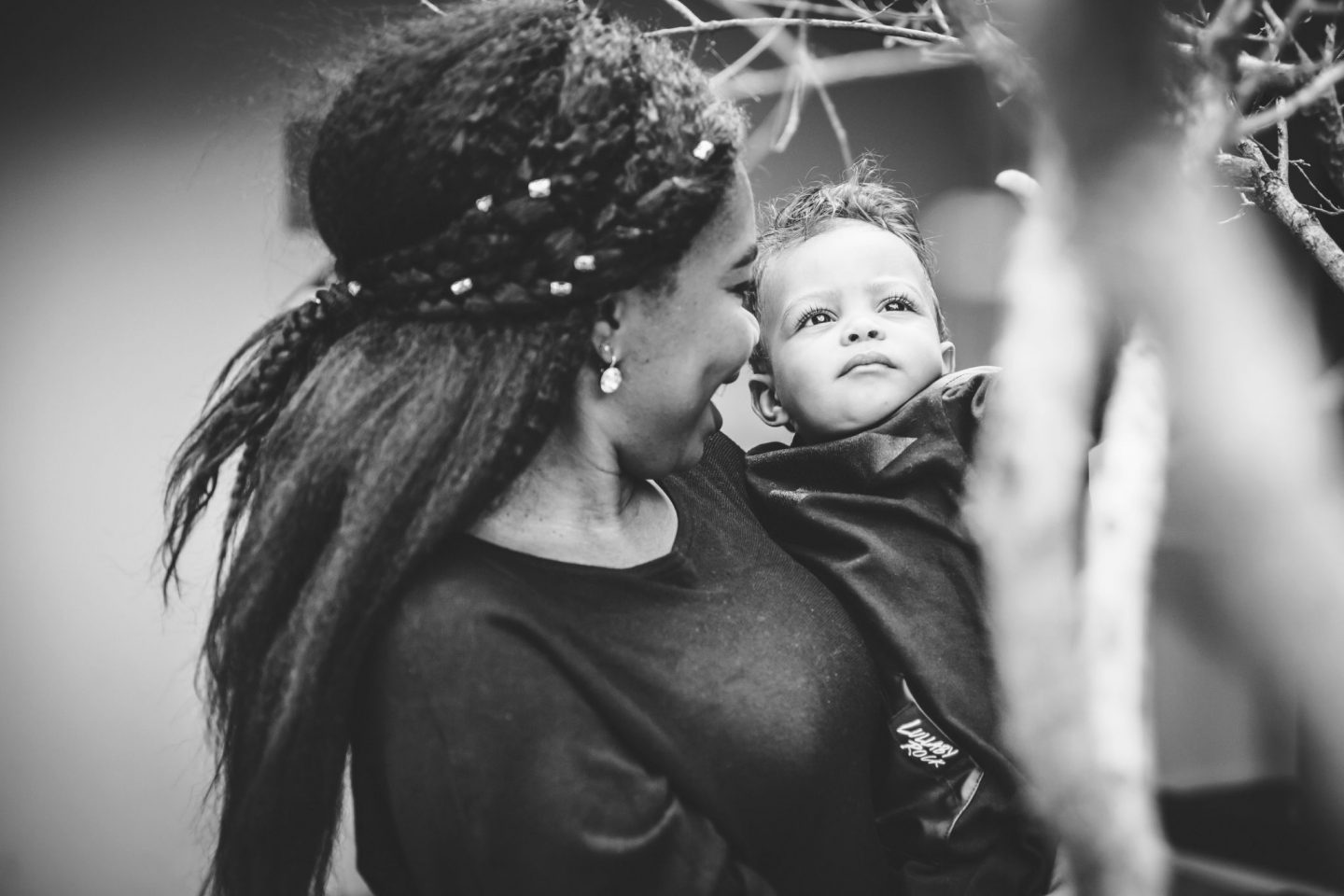 As powerful as birth made me feel, I realised (much) later on that I couldn’t be superwoman and had to let go of some things, actively allocate some tasks to other people and accept help. If his room isn’t 100% tidy it’s not a train smash. Although I do still aim for 80% tidy – a moody, screaming baby at 2 am in the morning is not fun. Add to that taking an extra five minutes to find that onesie that fits him perfectly – good luck. What I’ve definitely realised about motherhood is that it’s always changing. Just when I figure out a trick to get him to sleep or the one thing that soothes him while teething, he does a switcheroo on me and I have to start again. So, pats on the back are always given too soon.

My truth – I don’t think that motherhood is celebrated or praised enough. It’s taken me becoming a mother to admit that. I don’t know where I find the strength to wake up everyday and do it all again. The toll it takes on your body, the tension it puts on your marriage, the worry that you’re losing yourself. Yet, we always put our little ones first. I’d literally do anything for my boy, no one else. And I wish and work for nothing but the best that I can give him. He’s the light of my life. When he smiles, laughs or comes to me for a cuddle, my heart fills with joy I’ve never experienced. I’m so proud of him and the strong willed, funny and sweet little boy he’s becoming.

So when I imagined motherhood, I never thought I’d look at another human the way I do my son. That I’d fall head over heels for him and even more so the more he grows. I’m constantly amazed at how he’s transforming every single day, how he reaches a developmental milestone with such determination and persistence. Watching him try and try again until he figured out how to crawl forwards was one of the most defining moments as a mother for me so far. It inspired me and made me realise that we’re all born with will and determination. And if no one stops us, we can accomplish anything we set our minds to. Suffice to say, I really do like him. A one year old has inspired and pushed me more than anyone else I’ve met.

And he continues to do so, in between drools and dribbles.

How’s motherhood going for you?