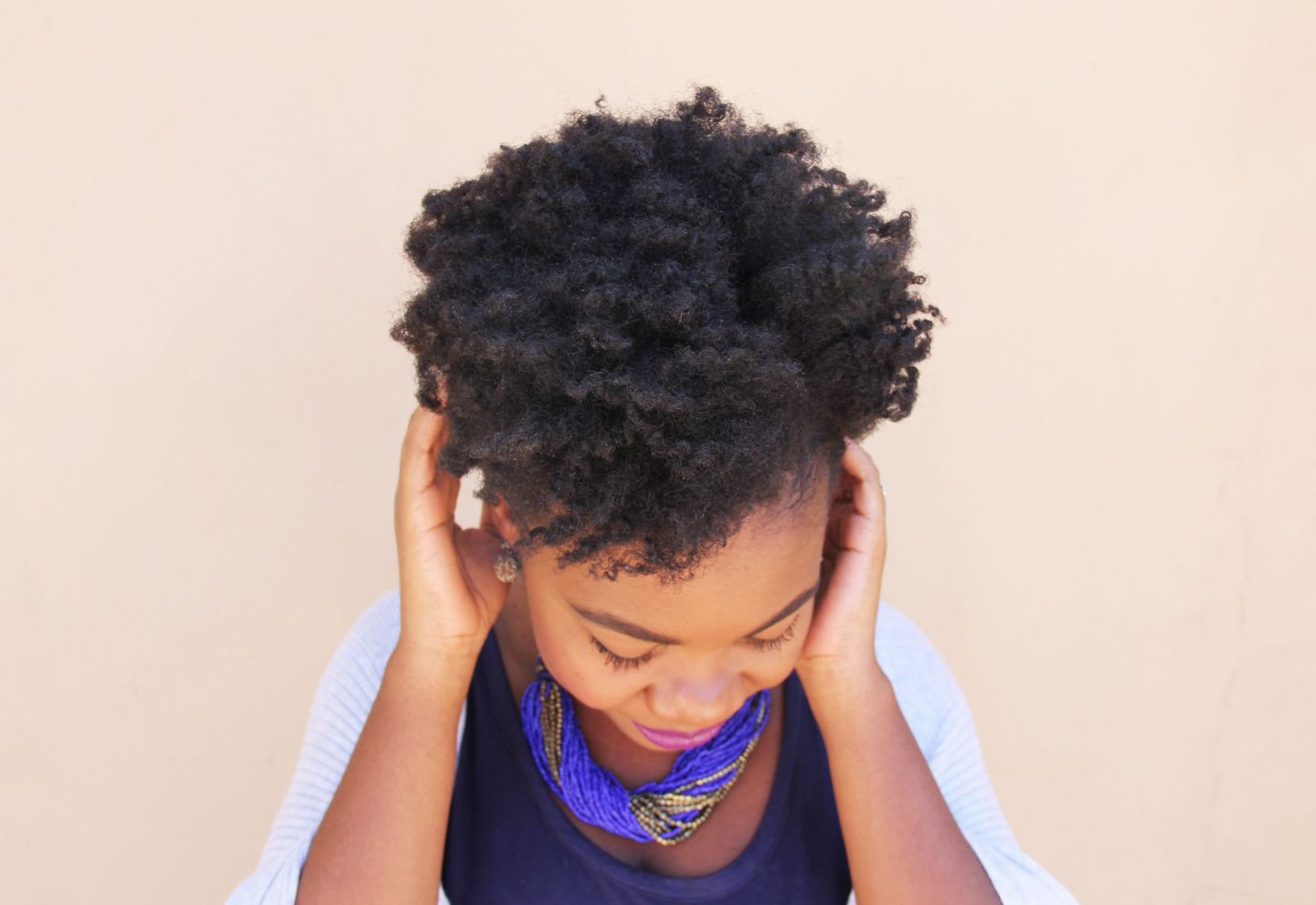 It’s been awhile since I’ve written what I like to call a think piece. This topic is something that’s been subconsciously on my mind for years, but only recently did I realise what exactly it was that bothered me about it. I know it’s very controversial because a lot of us would like to think that all naturals are equal. But in my experience, that’s not the case. A lot of people don’t want to talk about it, some are in denial about texture discrimination. As with anything, there’s no truth, just different perspectives. So of course, I’ll be talking about this from my perspective and you might share in it… or you might not. I’m opening it up for discussion on this space of mine. It’s been brought up in other places and other spaces but I’ve never addressed it here. For the sake of this post, I’m going to call it ‘texture preference’ rather than texture discrimination because to be honest, I don’t feel like I’ve been discriminated against. Discrimination is a very strong word, but I definitely know that others’ hair has been preferred over mine because of what it looks like and how it behaves.

The natural hair movement is amazing – obviously. I think it’s about time. I’m so proud that we’re taking back our beauty, that we’re standing up to the mainstream, we’re going against the grain and defiantly so. But what I have noticed, is that even amongst the natural hair community, there’s a bit of a division. Just look at how we type our hair. In itself, it’s not necessarily a bad thing, but it can get dangerous. I feel that hair typing can breed new self-hate, new doubt, new self-comparisons. I think it’s fine to be able to relate to other women who might have a similar hair texture to you when you’re looking for products, tips and styles. Naturally, we gravitate towards the women who look more like us than those who don’t. Having said that, I think it’s crucial to have realistic expectations for you, your hair and its capabilities. Embrace what your hair can do, rather than lusting over Tracee Ellis Ross’ curls when you’re several hair types away from that hair. Your hair will never look like her hair naturally does because you don’t have her hair. You have your hair. Her natural isn’t the only beautiful natural.

I’ve noticed that even as an influencer, I’m not immune to this. I’ve been to events or other hair spaces and noticed the way people treat and behave towards women with looser hair textures than mine. In many ways, it reminds me of my (and I’m sure others’) childhood. Just as how I mentioned that I’ve been treated differently with shorter natural hair, compared to my longer hair, I can also feel the difference between how some people approach (or not approach me) compared to how they interact with the girl with the loose textured hair. They might not explicitly say that her hair is more beautiful than mine, but their behavior (in awe, reaching out to touch, and heightened interest) signals a difference. I see the difference. I hardly ever hear ‘her hair is SO beautiful’ from guests, attendees, brand managers referring to a woman with tight curls or kinks. And how many of us didn’t believe we could go natural because we didn’t have that “good hair”?

Beauty is in the eye of the beholder, but who exactly is the beholder in this regard? For me, mainstream media and society have always portrayed ultimate beauty as very Eurocentric – lighter skin, slim nose, straight hair. By deduction, the closer you are to that, the more beautiful you’re considered. And the further away from that, the less beautiful. Let me be clear:

I’m not blaming the women with looser hair. I don’t think we should place blame or negative feelings, hate or whatever it is towards them. It’s not their fault, don’t get it twisted. What I’d like to do is acknowledge that the blame should be placed on society and how it breeds this preference.

That we can’t deny. From the time we’re born, as little girls in our communities, in our neighborhoods, in our families, the beauty ideals are clear. The little girl with the soft, curly hair is ‘beautiful’ and the girl who doesn’t have that is also beautiful but, conditionally. How many times have you heard “she’d be so beautiful if only her hair was a bit softer”. “She has a cute face but such hard hair. Her mother should relax it.” Or “her hair was so beautiful and soft when she was a baby, shem”. 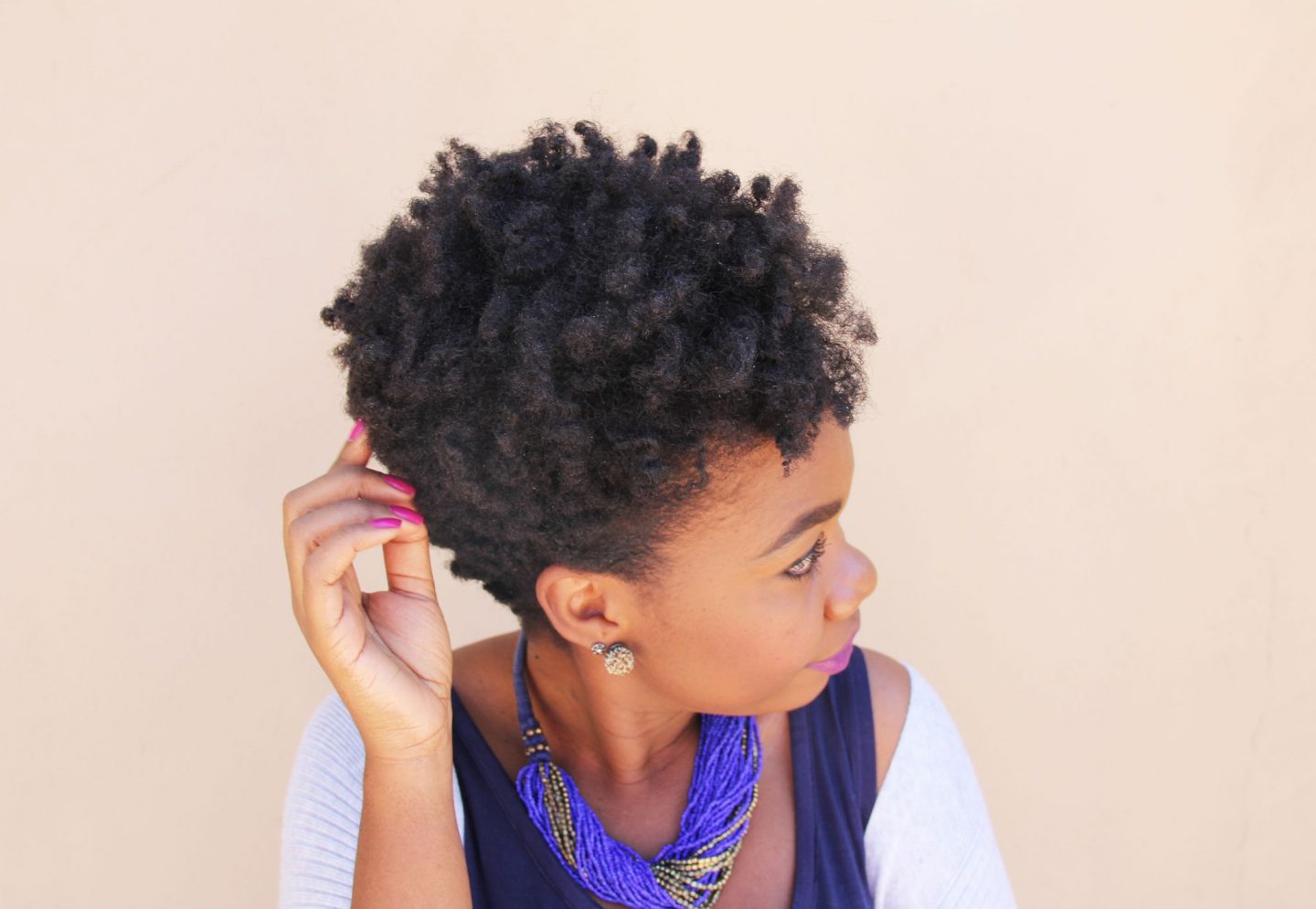 When I hear this response to the texture preference topic, I mostly hear it from someone with a looser hair texture. It’s comparable to the Black Lives Matter movement (definitely not in gravitas though); when a non-Black person responds by saying ‘but, all lives matter’. I think it’s easier to say that all of us are natural and all of us are equal when it’s from an advantage point, whether you consciously know it or not. This isn’t to exclude anybody. This isn’t about excluding the looser haired girls. What we’re saying isn’t that natural hair is just for ‘us’. What we’re saying is: include us. Represent us. We’re being underrepresented and misrepresented. Our kinky afros are accepted in the more creative circles but not corporate – as it’s unprofessional. We’re considered beautiful – but only if our 4C hair is long. When it’s short, or cut in a certain style, it’s considered rough, or rebellious, or poor, or the best one – too African…as if that’s a bad thing.

I’m no more natural than someone who has 3A curls. She’s also natural. But as I said above, 3A is not the only beautiful natural. When you’re promoting a natural hair care line, you say it’s suitable for all curl types – so show all curl types. Why can’t it be her and me? What I’m saying is: I want to be represented more. I want to see women more like me. Not to cancel the other girls. As what they call a 4C, kinky haired girl, I’m putting my hand up to say yes all naturals are beautiful, yes all naturals are natural, so represent me.

I’ve been chatting to other women on the ground, friends, and colleagues. Texture preference is underlying in a lot of how we see ourselves and how we see each other. If I had “good hair”, if I didn’t have “kroos hair”, then I’d be natural. That’s where I have a problem. We need to figure out how to stop that kind of thinking from permeating our minds and do so before we pass it on to our impressionable young girls. I don’t think we realize the damage that we’re doing to little girls and their confidence when we look at the girl with the looser hair, the longer afro and call her beautiful. Even if we don’t even say anything specific about her hair, the other little girl with the short, so called ‘coarser’ hair is going to compare herself to the ‘beautiful’ girl and wonder what is it about her that makes her so beautiful? Children spot the difference, draw their own conclusions, they figure it out. If I’m not called beautiful, and she is…that means I’m the opposite. That’s where I believe it starts. It’s where it started with me.

So that’s my two cents on it. I know that this topic stirs up a lot of emotions. I felt that it was important for me to share how I see things. I’m really not trying to bash girls with looser hair, not at all. Your hair is gorgeous. Kinky haired girls’ hair is gorgeous. We are equal. Just not in the eyes of society or mainstream media.

Thoughts? Do you feel discriminated against or preferred over? Is there still a ‘good hair/bad hair’ vibe in the natural hair community?