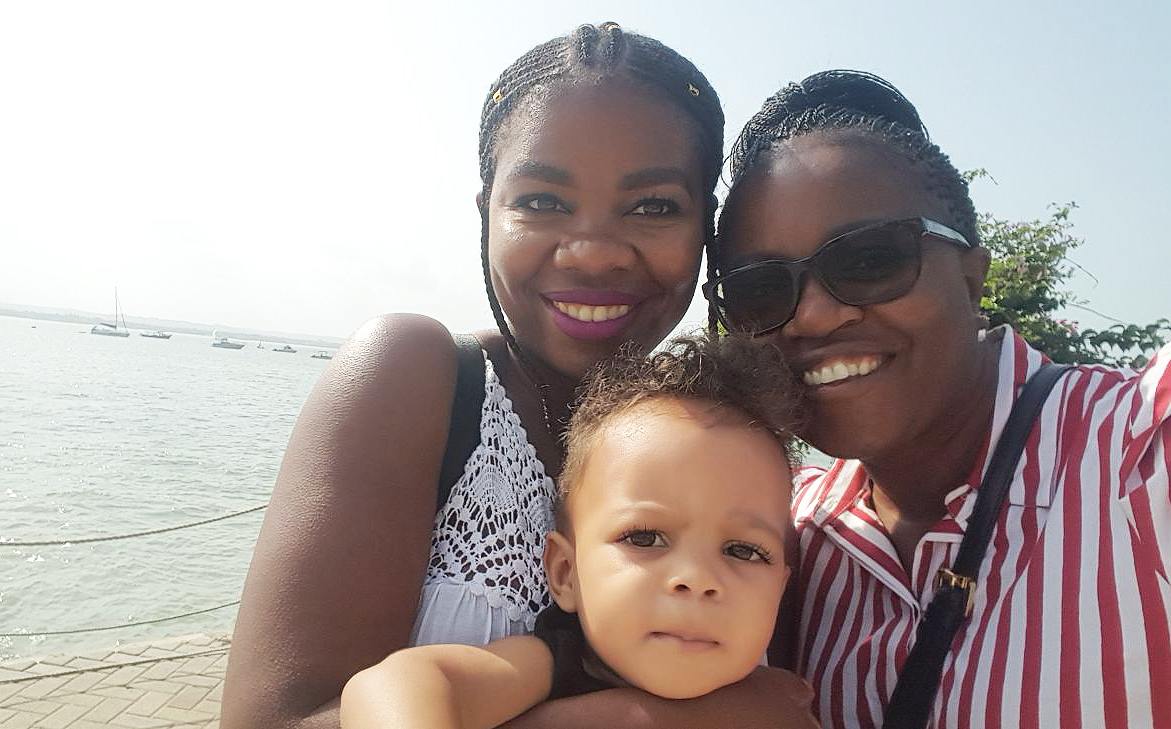 So it’s already the end of January.

How is that possible?!

I figured I’d at least wish you a happy new year while it’s still January, because who does that in the second month of the year right? So, happy new year my dear readers and supporters! I hope 2018 has started off with the necessary bang you wanted and becomes a memorable year for you.

Me? I’ve been on and offline the past few weeks. Mostly because towards the end of 2017 I was suffering from burnout. I had such a busy, crazy, eventful year that it all caught up with me and so I decided, before I crashed, I needed to take timeout. Looking back on it I guess it was wishful thinking that I would be able to completely park all of my responsibilities what with working a full time job, being a mother to a very busy toddler, trying to be a supportive wife, friend, daughter, sister etc. etc. etc. And of course running this lil’ blog of mine. What I did manage to do was get off social media for about 10 days. Which was, as always, so refreshing. 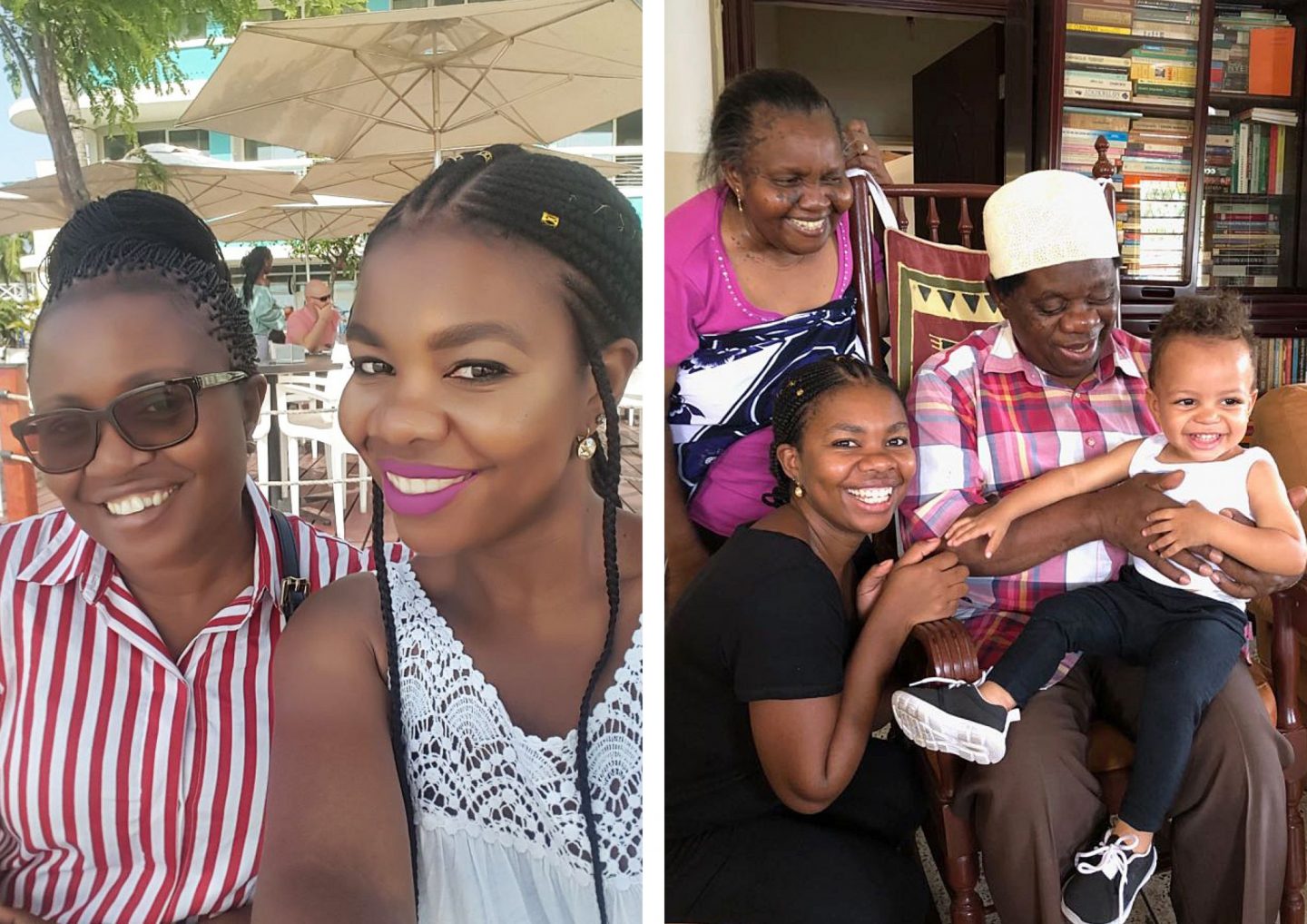 I have very few leave days so I’d already known from the middle of the year that I wouldn’t have enough leave days to make a decent trip to Tanzania in December. (Readers whom also just have 15 annual leave days, please share tips on how you deal with such. I’m STRUGGLING) Hubby had also gone in late November to represent us at our friend’s wedding, which meant he couldn’t travel there again so soon after. So the decision was that we wouldn’t go, and have a bit of a staycation in Joburg in between my work days. My office doesn’t close for the holidays, so with the exception of the public holidays, I was in the office. Suffice to say, it didn’t help with my burnout. I then changed my mind, debated it, decided against it, then changed my mind again and went ahead with the plans, negotiating with my office to go into minus with my leave days. My brother was going to be in Tanzania, travelling from the US and I hadn’t seen him since my wedding. That’s three years ago. Which means he never met Kai either. It would’ve been a real shame if he came all the way from across the pond and not meet his only nephew. But, it also meant that I was going to travel alone, with Kai. Remember how nervous and scared I was before our first flight with him? This time, it wasn’t fear, it was knowledge that it probably wasn’t going to be much of a holiday for me.

So me and my tantrummy son went to Tanzania in the first week of January. I was a mess while I was there, and not great company to be honest. Before I left, I’d suffered an injury which I was going to physiotherapy for (Achilles Tendinitis to be exact) which meant walking anything further than 10 metres would leave me in pain. I did a lot of walking in Dar as Kai has become so reliant on napping during the day by being walked around and carried on a back – his nanny’s. So by default, that became my back while I was there and my ankles turned into cankles – which by the way didn’t even happen when I was preggers. He also came down with a severe case of separation anxiety and would scream non stop if he wasn’t with me (and eventually puke if not pacified). I know my boy and knew this could happen, which is a big reason why I didn’t want to initially go but everyone around me assured me I’d get help. I wanted to give the trip a chance and knew it’d make my family really happy. But once they experienced that shrieking howl, they’d freak out and hand him back to me. It was exhausting. 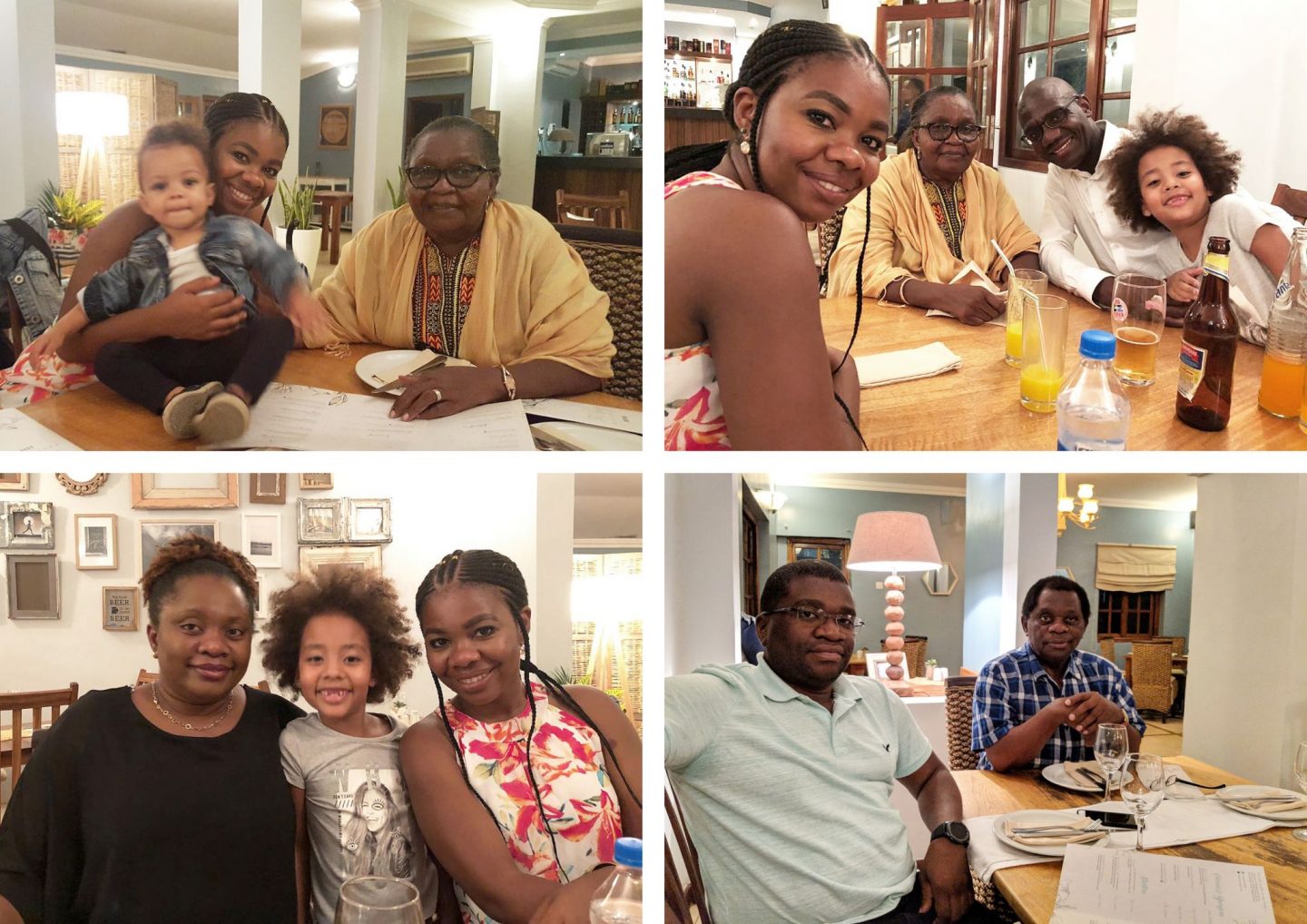 Thankfully, Kai took to my brother and brother-in-law very well so whenever they were around, I’d hand Kai to them so I could clean his bottles or prepare his meals or his bath. You see, no place really is like home where every room has been baby proofed or you have a nanny who knows exactly how he likes his oats. But I couldn’t be the mom who travelled to another country with the nanny;

1. I judged her. Which I assure you isn’t the case anymore.

2. I couldn’t afford the extra ticket.

Don’t get me wrong, there were some sweet moments while we were there and it was great seeing my family. We had actually surprised my parents with the visit as they thought we weren’t coming until Easter. To have so many of us all there (my sister also flew down from Switzerland) meant a lot to my mom. I don’t regret it, I just wish it’d happened in a much more calm and relaxing time for me. And while there were a few of those people who gave me the dirty how dar you fly with a child look (which I’ll have you know I always responded with a wait ’til you have a kid smile), there were a few others whom I locked eyes with at the airport lounge or plane aisle and exchanged empathetic looks while they tried to appease their own respective children. I can now say that I survived flying alone with a toddler! But I wouldn’t do it again. Let me know if you’d like me to do a follow up post on how to fly with a baby. 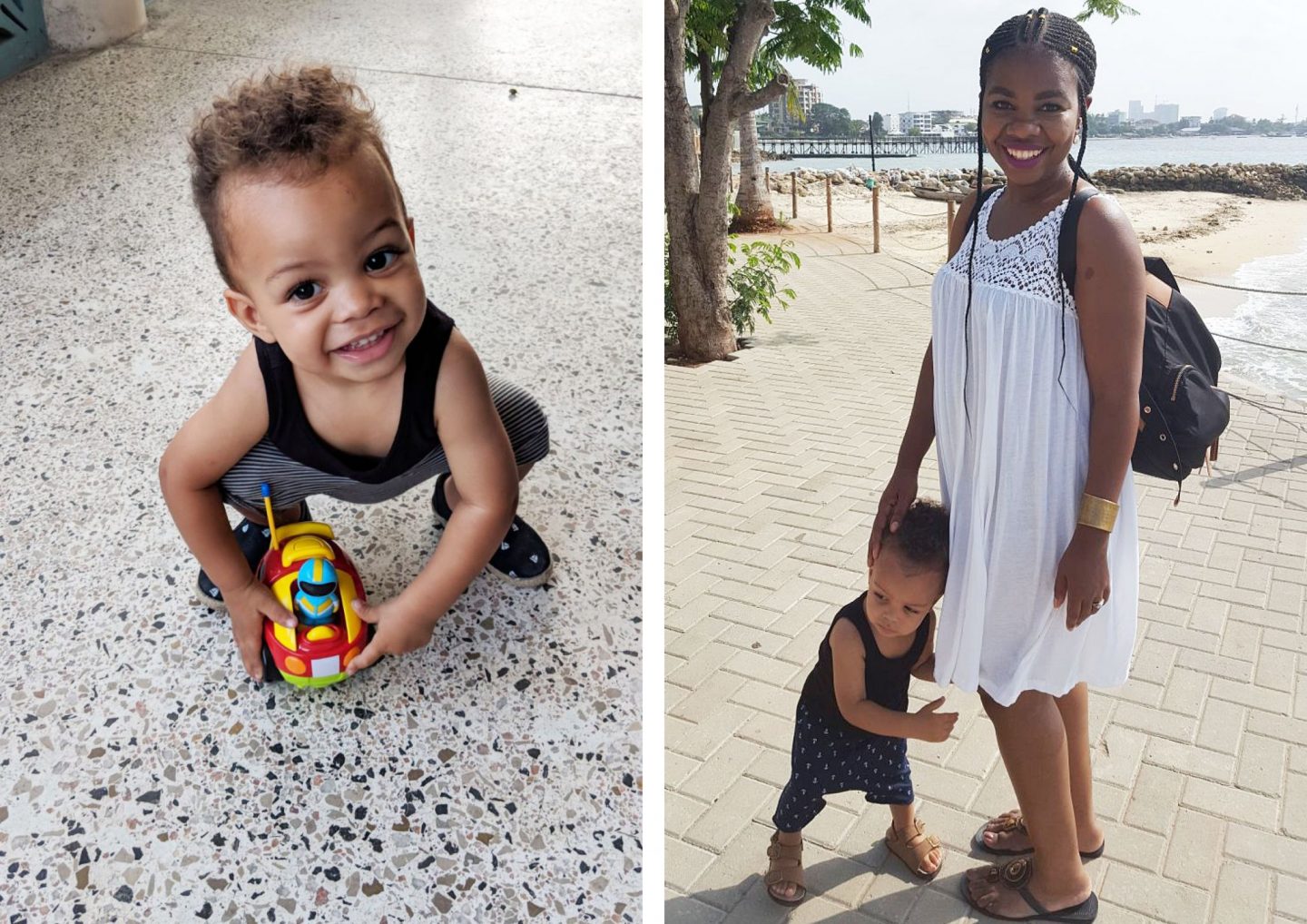 After Dar, Kai came back a different child. The trip, although exhausting for me, was very good for him. He’s talking non-stop now and his sense of humour is really starting to show. Our trip also brought us much closer. Before we went, the most time I’d spend completely alone with him was bed time after I returned from work. Now after Dar, I’ve incorporated a little extra bonding time with him in the mornings before I leave as I organise everyone and the house for the day. We cuddle more, he’s learning to kiss and I’m genuinely enjoying his company more. He’s also reached the so called terrible twos way earlier than I anticipated and was a ticking time bomb before we left. I don’t want to count my chickens just yet but these days he’s exploding less often and less explosively. I’m not sure if it was something about being outside of his comfort zone that’s made him calmer being back here. 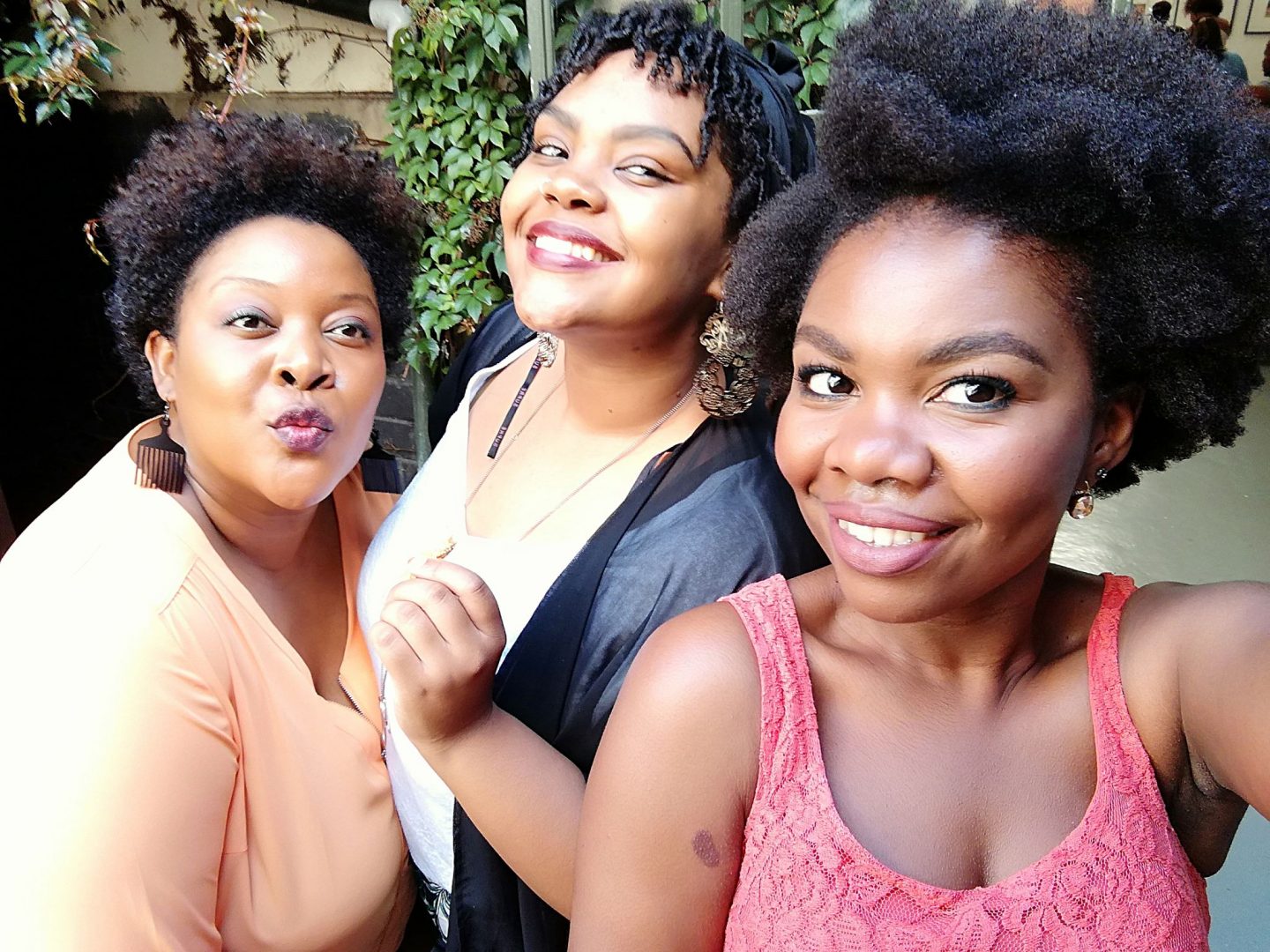 I had my hair cornrowed up in Tanzania, because I knew I wouldn’t have the time or energy to manage it while I was there. I’m so glad I did them because it would’ve been a disaster otherwise. I loved the Fulani style, but the problem is always that they start to look scaffy after about 2 weeks with my natural hair underneath. I managed to keep them looking quite decent for 3 weeks, just shy of my one month goal and removed them last weekend. I kept telling people that I’ve been considering cutting my hair again which I had been, but after the past couple of days I think I’m kinda loving how my tapered cut is growing out. I’m currently using mostly Shea Moisture products and this look was a chunky braid out I did after blow drying my hair. I’m definitely very excited about it at this length.

Despite the slow start, I’m feeling hopeful, nervous and excited for the year ahead. I’m starting a new ritual where I read an awesome book every beginning of the year. Last year it was Jump by Steve Harvey and at this moment, I can’t stop putting down Year of Yes by Shonda Rhimes. Reading this is making me so happy and the perfect way to kick start my 2018.

How has the year started off for you? How were your holidays? Let me know below…