The entire world is going crazy about Black Panther. And rightly so. I finally watched this much anticipated film with hubby this week and I can’t. Stop. Thinking. About. It. I’m pretty sure I could write a whole book on the many important and topical themes the movie touches on, but for this post, I wanted to show love to the natural hair in the movie.

Firstly, this is a Hollywood blockbuster movie, a space in which certain beauty ideals have always been revered more than others. Even when it came to movies with Black actors and actresses, it’s not really the norm to see natural hair, especially on the main actresses. When you do, it’s usually used to serve as a visual cue for a certain trait of the character (dreadlocks for a Rastafarian) or the character’s job (a big curly afro for the care-free artist), or place in society (TWA for the house help). Otherwise it’s worn because the character is making some kind of statement (a kinky afro on a rights activist). The entire cast of Black Panther rocked natural hair. And I’m so here for it. It was a feast of all sorts of different, beautiful articulations of our hair and it was done well. It excelled in a very rare depiction of a world that embraced and expected natural hair on their women. One scene in particular had me and many others laughing…

…when General Okoye was wearing a wig in the South Korean casino scene and felt so uncomfortable doing so, only for the poor wig to be used to distract some of Klaue’s henchmen! L.O.L. 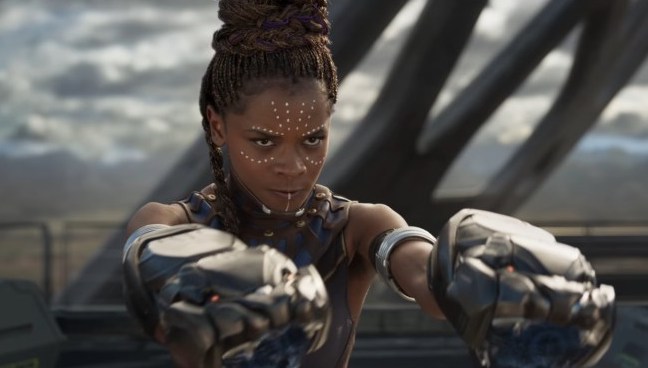 Who didn’t love this girl? I’m so looking forward to seeing the little girls who are inspired by this young tech genius. She gives girl power a fresh new spin. I absolutely loved her elaborate braided updos! 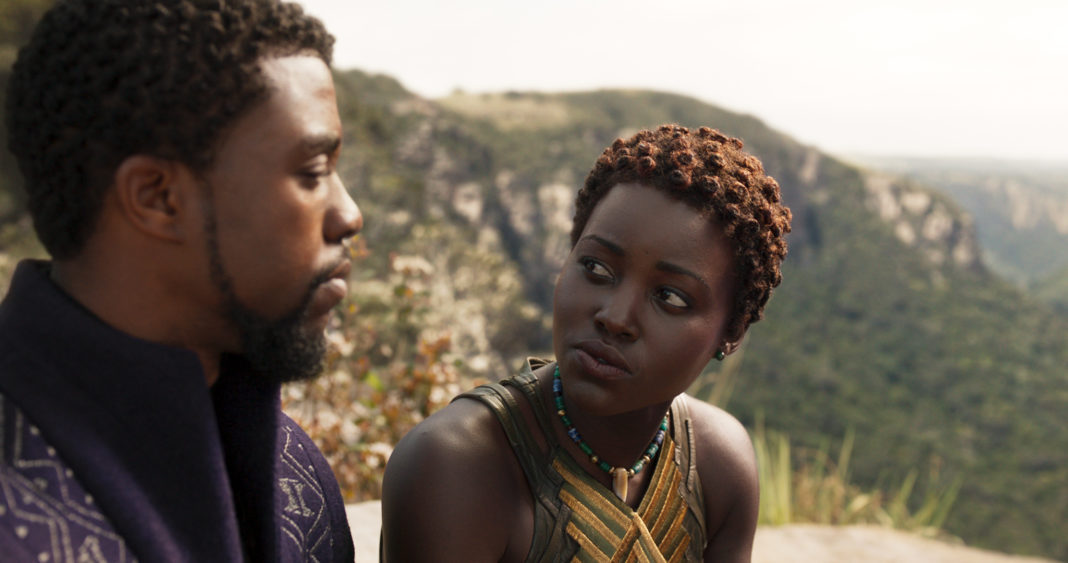 Honestly, I wasn’t the biggest fan of this look. It wasn’t my favourite and I personally would’ve preferred it if it was all black, but I loved it for the fact that it’s natural.

General Okoye and the Dora Milaje 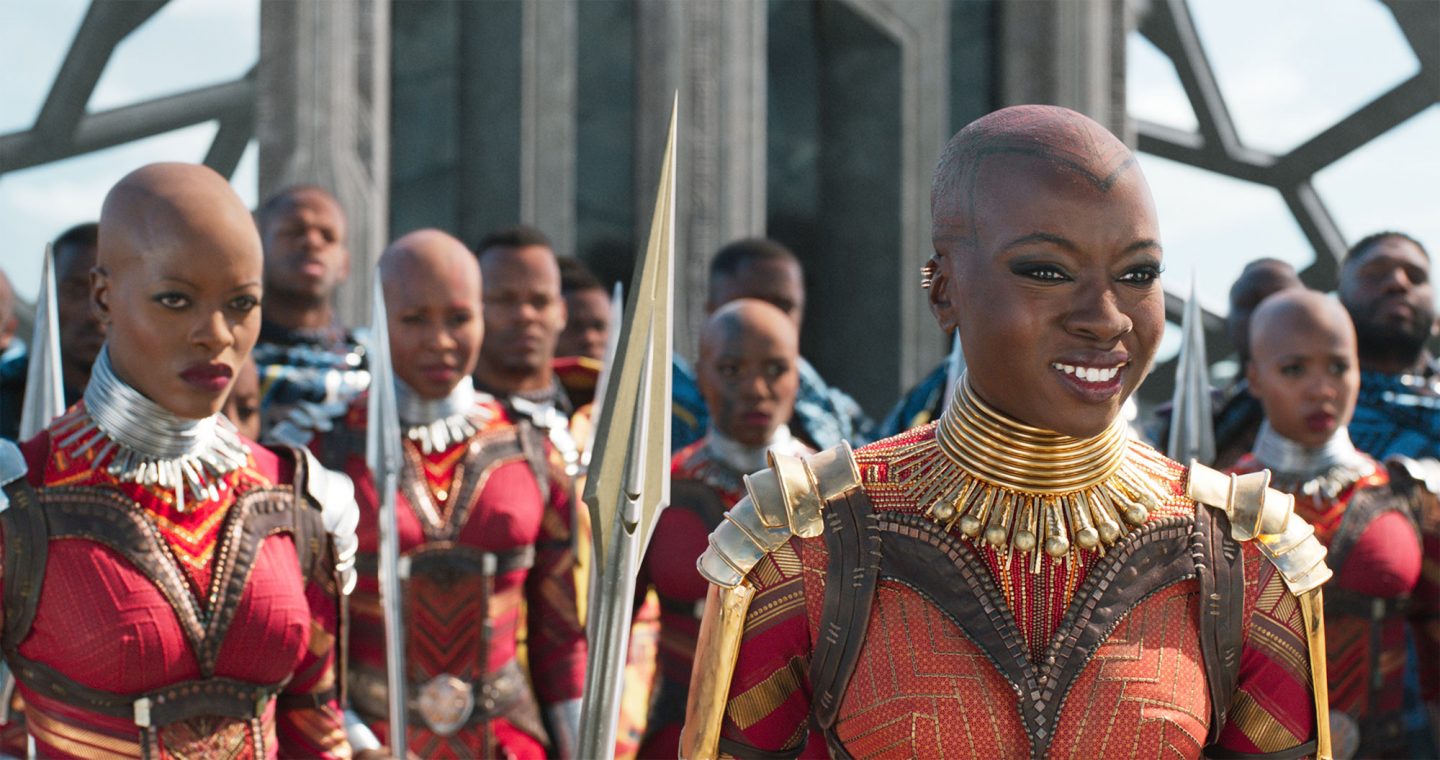 Ok, so they didn’t technically have hair but in the absence of such, their natural beauty was amplified. I really admire women who rock the bald look. It’s bold and very brave – perfect for the no-nonsense Okoye. 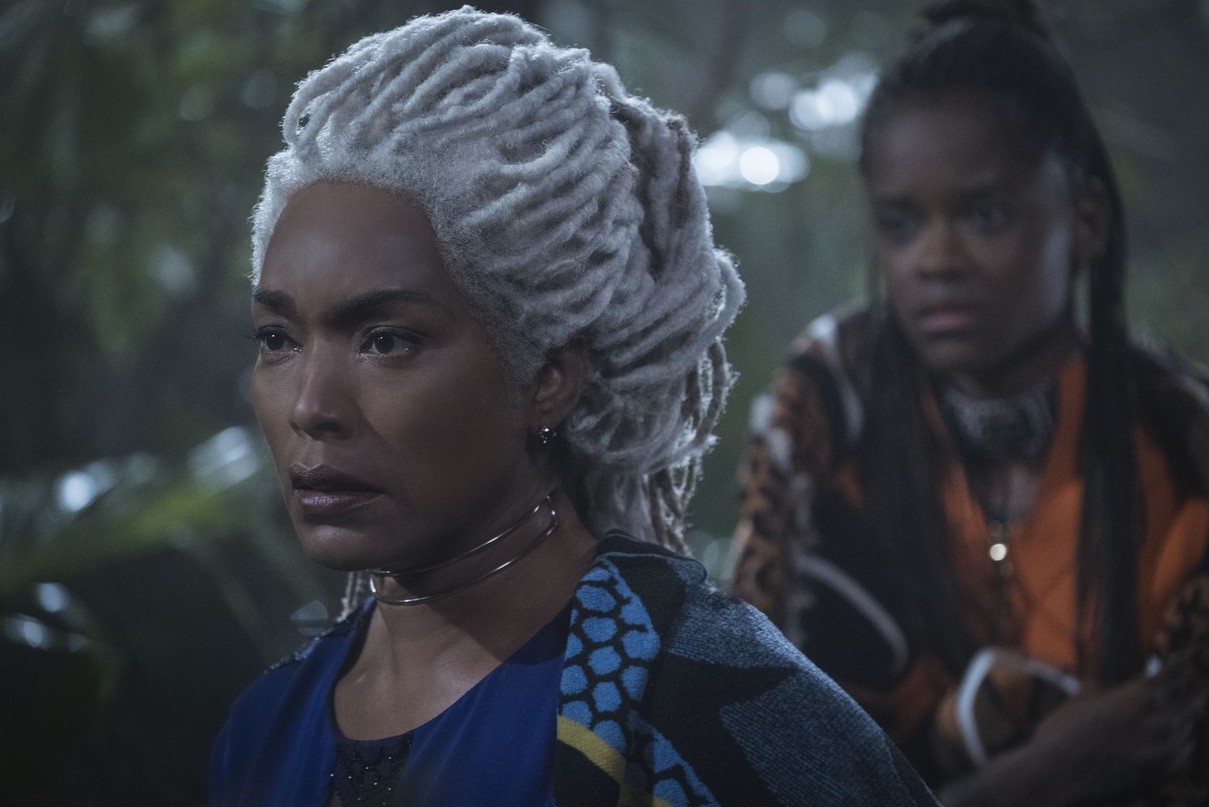 This by far was my favourite hairstyle. I was in awe when we finally saw Queen Ramonda’s gorgeous silver locks. They matched her role and age beautifully, representing strength and wisdom to me. 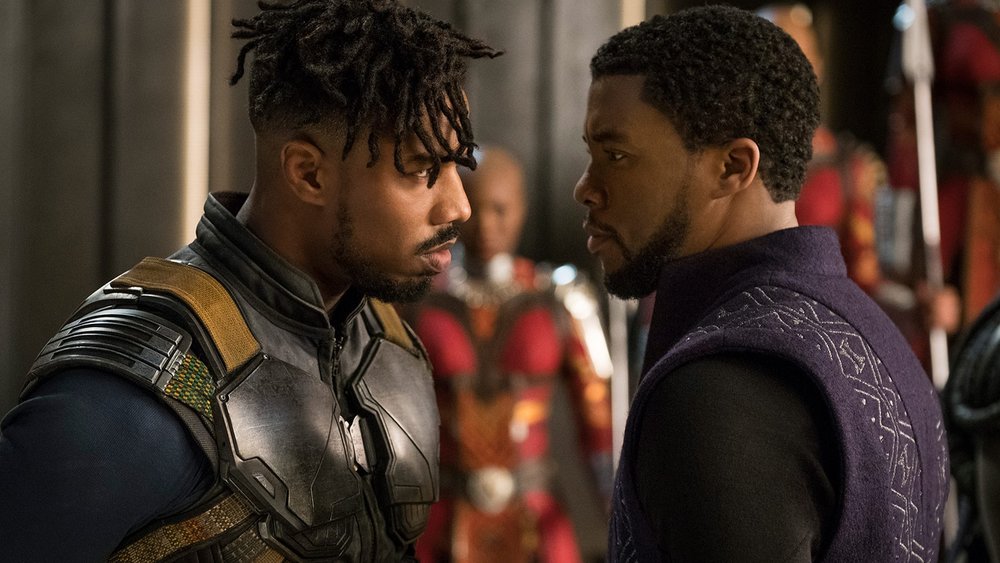 A quick shout out to the handsome men of Wakanda! Source

Now that we’ve shown the natural hair part of it some love, I just want to share a few words on the movie itself. I’ve been a Marvel fan ever since my older brother dragged me to the cinema to watch the first X-Men movie on the big screen when I was 14. Although initially reluctant, I fell in love with the world they created, the stories they told and have been watching them since. I honestly wasn’t expecting Black Panther to be that much more than ‘the current Marvel movie…with black characters’. I also wasn’t trying to get too wrapped up in the hype the film generated – although I did cave in and wore my Ankara print skirt to the cinema. Yet, I found myself holding back tears when the movie ended and Kendrick Lamar and Sza’s All the Stars started playing over a beautifully designed sequence of the film’s cast. I only realised today why it moved me so much and it’s for several reasons:

1. It ended! I enjoyed the film so much I was genuinely sad to leave Wakanda. I wanted more and I’m hoping we’ll be getting that.

2. The film felt like a statement. A big “we’ll show you” to whoever doubted that a movie with a predominantly Black cast and Black director would be as slick, thought-provoking yet entertaining all at the same time.

3. Lastly, this film was an ode to Africa. It was unashamedly proud and a celebration of Africans, our cultures, our heritage and our potential. I honestly believe it has the power to change the world. The knowledge that thousands of African and Black children will watch this movie and see themselves, their families in these characters, probably for the first time in this kind of story-telling is exciting and moving. It’s giving an entire generation of children the permission to dream even bigger than we could have ever imagined.

And with that, I’m going to leave you with this thought: what if Wakanda really does exist, somewhere?

Have you watched the movie yet? What did you think?