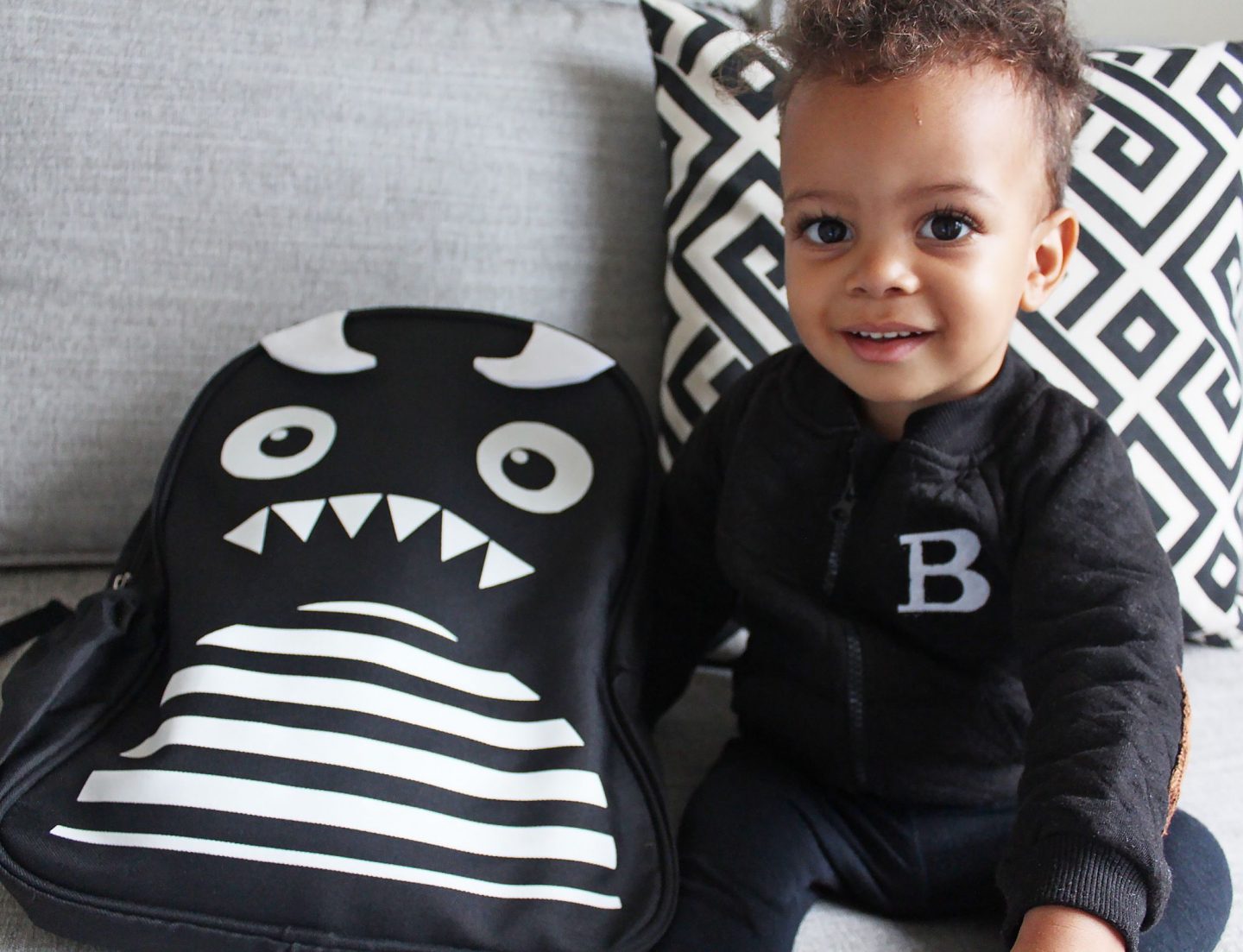 If you follow me on Instagram, you’d know that a couple of weeks ago I was an absolute wreck – wondering how I was going to send my Kai to preschool. I was so nervous! I had no idea how he was going to handle it, or even how I was going to handle it. I wasn’t questioning our decision to send him to school but more worried about his reaction to it. Up until now, Kai’s been at home all day with his beloved nanny. As much as he was progressing, we saw that he was ready for more, especially in improving his social development, vocabulary and just exposure to more people and spaces. He became more confident and was very eager to learn more. His granny’s also been taking him to moms and tots classes for a few months so we saw that he’d probably adjust well to preschool. Turns out, his first day went off without a hitch and he’s been loving his time there.

One of the things that made me more nervous was making sure that he had everything he needs while he’s there. As I’m sure many of you fellow mamas are, I’m the planner of our family. I make sure that Kai’s room, clothes, toys etc. are organised so everyone in the house knows exactly where things are. And I didn’t want to be that mom who forgot to pack him nappies lol. To coincide with this big boy moment, I’m starting to put him in nappy pants. I figured, they’ll help him eventually get into the hang of potty training which his school will be doing later this year. I got mine from Clicks; they have a great baby range which I’ve been using on Kai since he was a baby. So if you’re a fellow nervous mama, wannabe organised mama or just a nosey mama, have a peek at what I’m stashing in Kai’s backpack. 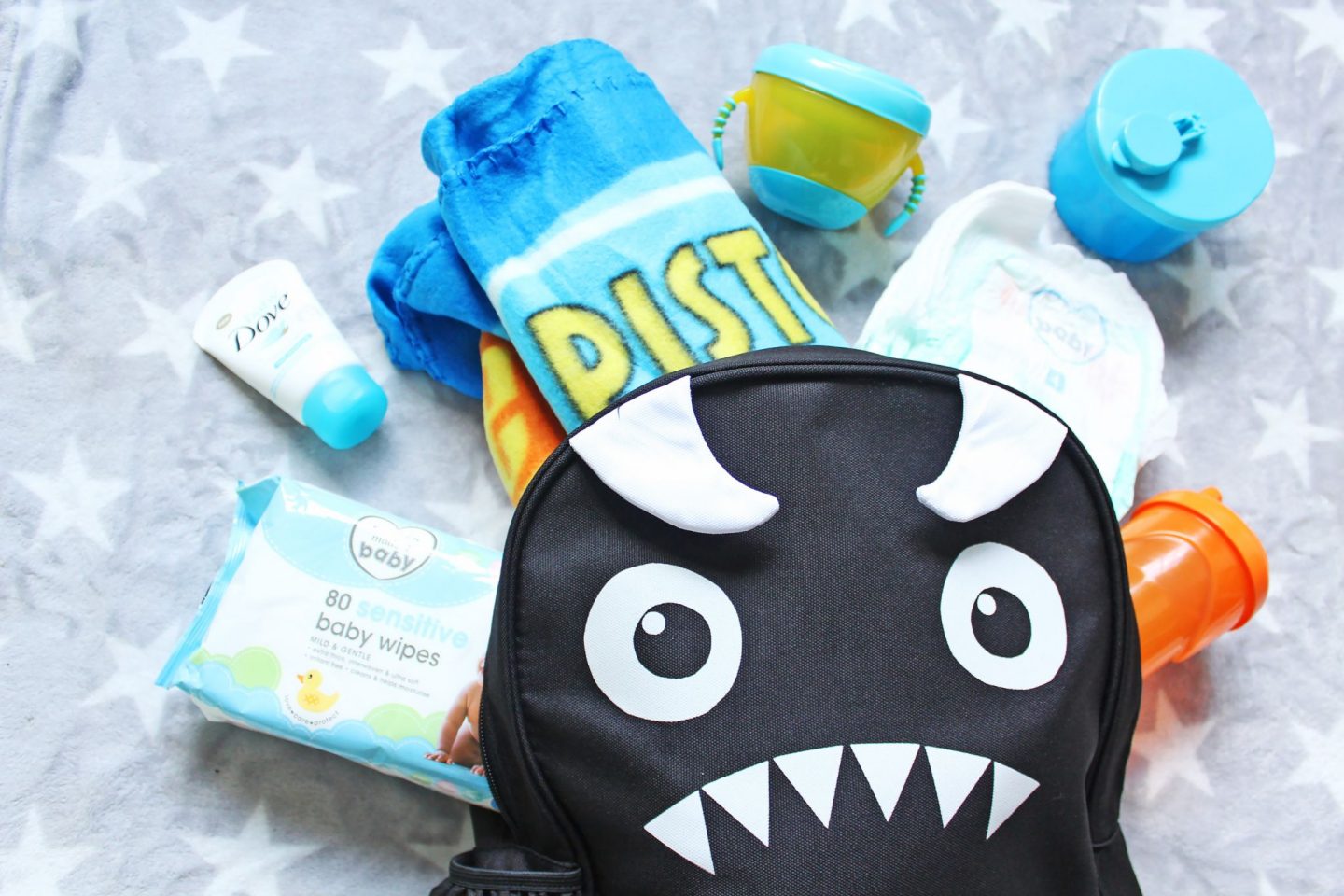 The way I approached this is very similar to how I usually pack my own mommy backpack (cooler way to say nappy bag, don’t you think?) and started with the absolute essentials and what the school asked me to bring. On the school’s list were: nappies, bum cream, wipes. Every parent also makes a once-off contribution of wet wipes, tissues, paper and sun block for the class. 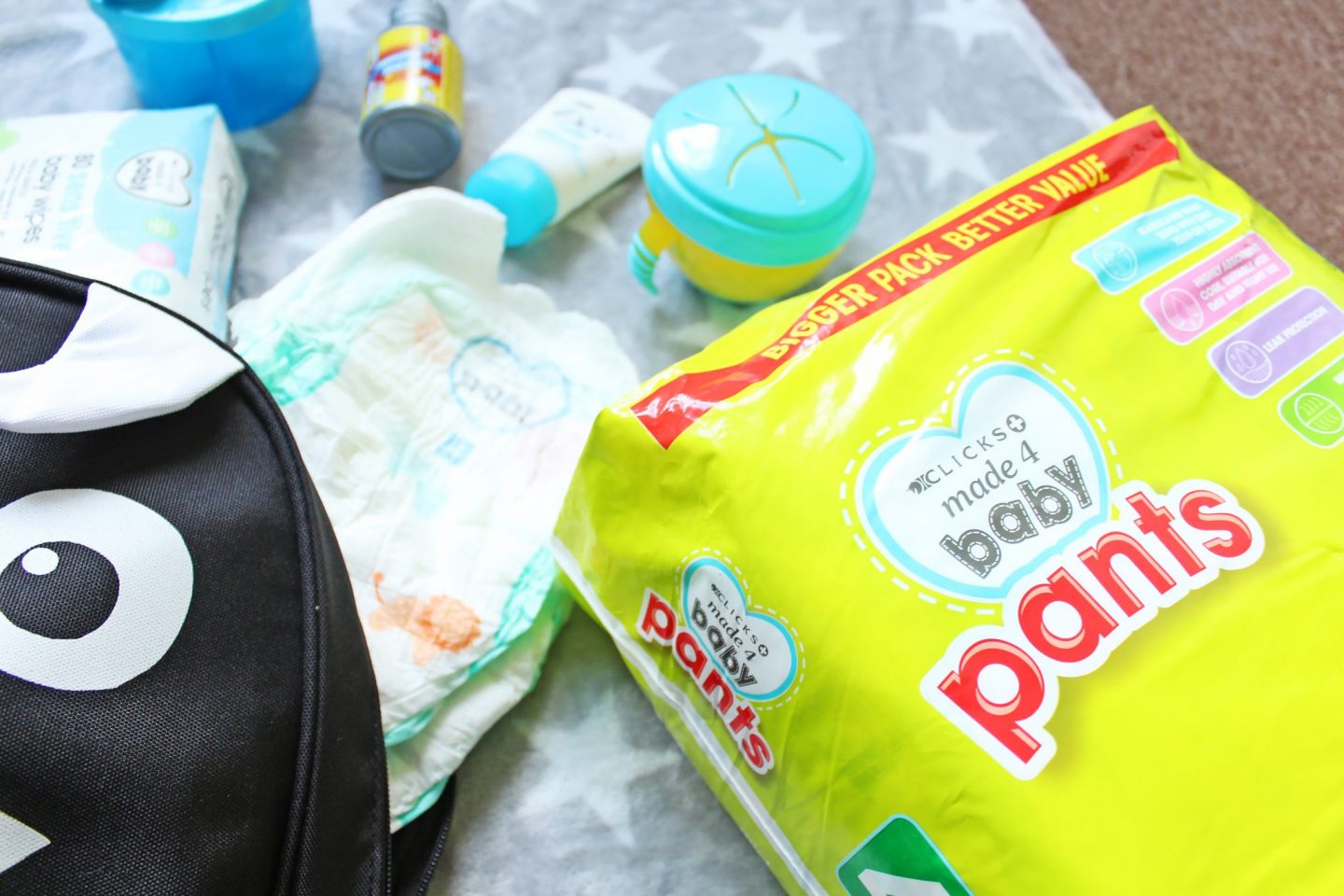 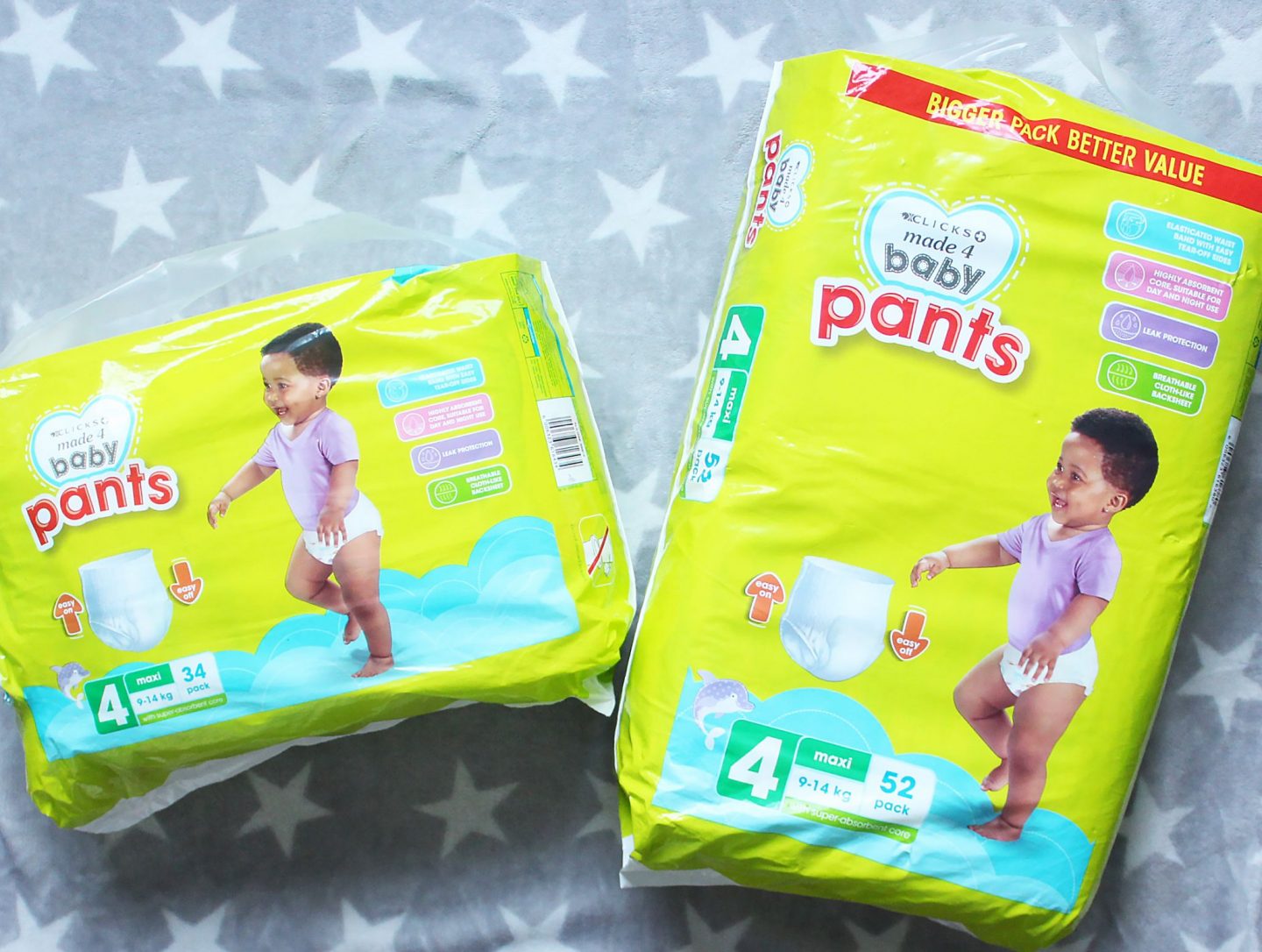 *Competition closed. Congratulations to Stephanie Videira and Bronwyn Arendse. Thanks to all who entered!*

I’ve partnered with Clicks to give away two packs of Clicks Made 4 Baby Pants to one lucky mama and her toddler!

In the comments below, tell me what your must-have school bag items are. For an extra chance to win, subscribe to Aisha & Life (scroll down to the bottom of the blog for the subscription form).