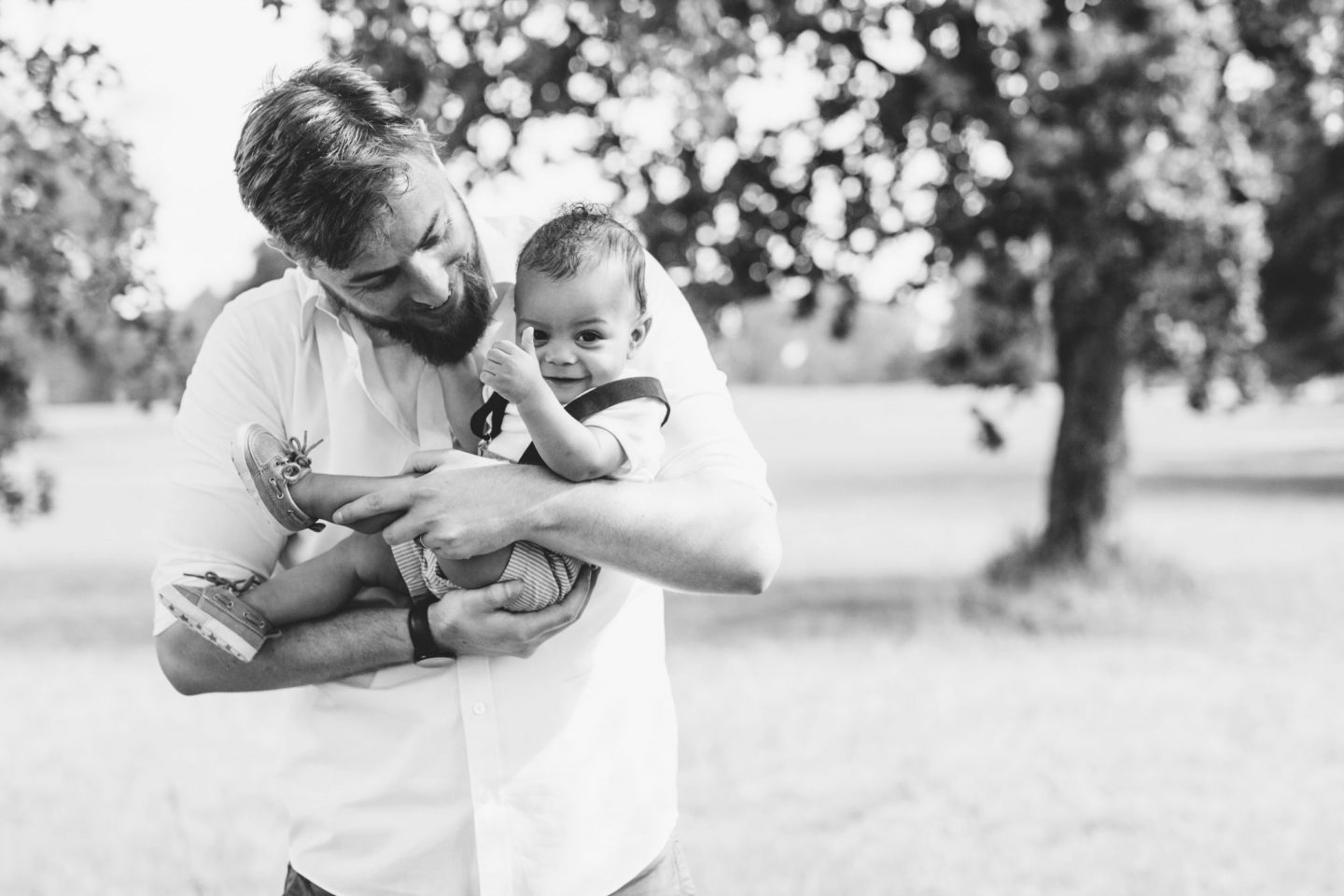 Okay, so your wife’s just had your baby and well, you’re now home with it. I wouldn’t call myself an emotional guy, but when you have a kid, the emotions just keeping coming left, right and centre. If you don’t feel anything, I think it’s safe to say you’re a heartless bastard. I’m not a heartless bastard. I know most men will virtually beat me up for admitting to this, but Aisha told me to be real. So here they are, all the emotions you’ll probably feel in the first few months of fatherhood. Buckle up buddy.

The first night the baby comes home is the worst. I didn’t sleep. I just watched my son sleep…the entire night. Because I was like I’m not going to be that dad, that lets something happen on the first night he’s home. And he slept soundly the whole night and I was extremely tired the next day. It’s very different seeing your child in the hospital, knowing they’re in the best place if anything goes wrong. But at home, we didn’t have the support of the doctor and nursing staff anymore, so it’s freaky. I kept looking at him and thinking, this is real and I can’t mess it up. A lot of other things scared me at first, but I eventually got over my fear by trying. It’s like with everything really; you’re generally scared of something because you haven’t attempted to be better at it. So just as how you can have this imposter syndrome in a new job or new country, you fear that you’ll be any good at being a dad. The best way to get rid of that fear is to try and keep trying. Needless to say, I’ve never stayed up watching him sleep ever again.

The relationship that you have with your wife completely changes because it’s no longer the two of you. Both of your focuses are on the child but your wife still needs attention from you as her husband. So it’s pretty confusing to balance that. At the top of the triangle was our son, but we still wanted to spend time with each other because obviously we enjoyed each other’s company before the baby. But this new person causes the whole dynamic to shift. How we came out of it is we figured out the new dynamic. That came with open conversation, the realisation and acceptance that things will never be the same. That’s not necessarily a bad thing. The confusion only dissipates after both parents understand and accept their roles in the new dynamic. So, it may happen straight away but can also take even more than a year. Remember, it’s a life changing event. Things won’t be the same and it’s difficult to let that go particularly if you’ve been in a happy relationship.

It can be a very isolating experience because you’ll do things with the baby, and she’ll do things with the baby and you don’t really do things with each other anymore. You’ll have very few moments of peace and in those moments you’ll just want to sleep or eat or have a shower. You’ll have to grit your teeth and bare it in the beginning because too much is going on. But once your child gets stronger and healthier and your wife starts relaxing, maybe after she’s been back at work for a bit, that’s when you can have that conversation and tell each other how you’ve been feeling the past few months. Then try to figure out what you need from each other. It’s not something that happens quickly. And you’ll probably have to keep talking about it. Try to be as calm as you can when you do because you’re already in a hyper stressful situation with a new baby so try to communicate with each other as often as possible. Just keep talking.

Eventually after awhile, you’ll get to a place where you’re going through the motions. You know how to make the bottle, you know how to change the nappy. You can put the baby to sleep. I felt a sense of pride, realising that, hey I’m actually not as terrible at this fatherhood thing as I thought I’d be. The more I did it, the more I proved my fear wrong. And eventually I just become more and more confident. I’m the proudest ‘hands on’ dad now.

All of that fear, confusion and other negative but necessary emotions that kick you into gear to make things happen, gradually fade away. And you’re left with a confidence like, ok I’ve got this. Then you can focus on the good stuff. Like teaching him how to build with lego or hearing him say ‘dada’ as his first word. Now that’s pretty cool.

Okay, I’m almost at the end of my run here with my #ManMonday posts. I’m still taking requests from you on what to share for my last topic. Let me know, it’ll be my last haha.