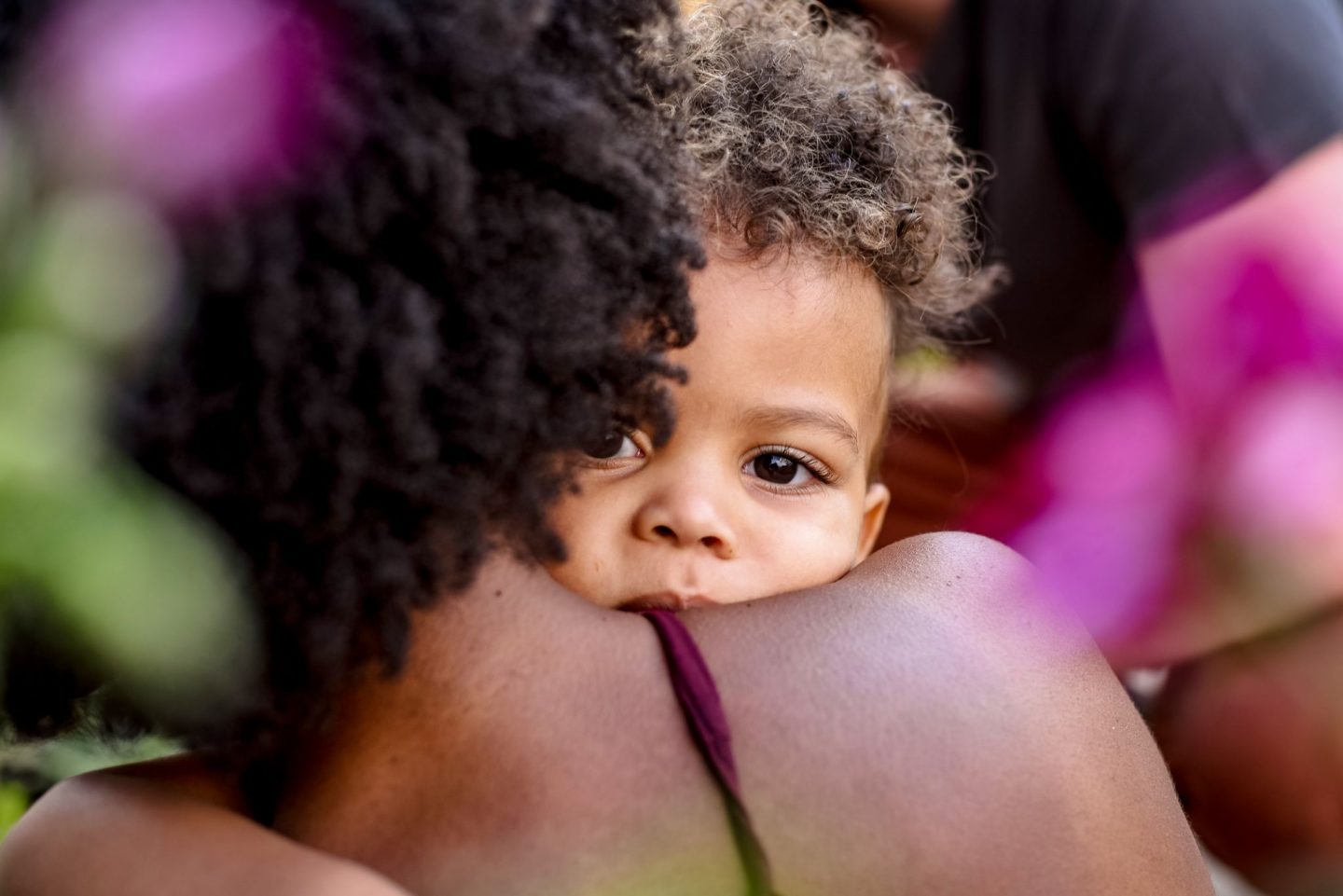 A few weeks ago, I reached a turning point in my parenting. Something that I haven’t shared with many people is that there’s a new strain of tantrums that have landed in our house. It includes Kai hitting us, particularly me, and it would make me so angry. I’d be infuriated that my dear, sweet child would react this way to me. I know that most of the time he’s not doing it to hurt me and it’s not under the same circumstances which an adult or older child would do. Either way, it’s contact that I’m not used to or expecting, and I automatically interpret it as disrespect and dishonour. So, that’s how far his tantrums can now escalate, which in turn has made me sometimes escalate to a point where I react in the same way I’d react to someone who understands the repercussions of hitting me. I’m realising that it’s not about him behaving badly, and more to do with us, his parents, learning to mange his emotions and help him become more emotionally aware.

The turning point happened a couple of weekends ago. We’d gone to our friends’ kid’s birthday party on Saturday and Kai was not happy the majority of the time. It wasn’t because he wasn’t the birthday boy, or that there was a lack of attention on him. If anything, it was the reverse. He didn’t fully have his mandatory nap earlier that day. It was cut short by our arrival at their house and we couldn’t get him to sleep again. He becomes a completely different child when he misses his nap, we know better. Kevin took on most of the responsibility of handling him that day, as I was busy with the set up of the party.

On Sunday, we let him sleep in to shake off the tiredness. We expected he’d wake up refreshed and energized after his long sleep but he woke up so cranky. We hadn’t fully recovered from the previous day ourselves, so this led to a lot of tension in the house, and I could see it was getting too much for Kevin. I suggested he take a break, so he went to the gym to blow off steam. Kai was in one of those moods where he cried and whined about everything. The first time I put him in the naughty corner, it was because he was behaving badly. I didn’t think about why he was behaving that way. I tried to resolve the symptom of it, not digging for the root. I’ve shared that I’ve been trying to avoid spanking him, leaving it to be the absolute last resort, as I don’t feel comfortable doing it. So I’ve been on a search to figure out what alternative makes sense for us, both in terms of effect and resolve.

We had a nice break from the tantrums, where we hung out and enjoyed each other’s company. Then they started again. It finally clicked that he was tired – even though it was way before his normal naptime. So I silenced all stimuli in the house, took him upstairs and against his efforts (thrashing and screaming at the top of his lungs), got him into his bed and started reading to him. I figured it’s the most calming activity we do so it was worth a shot. He quietened down soon after. But then the tantrum came back full fold, and he started hitting me. Usually, I escalate quickly to anger and raise my voice at him to ‘stop hitting Mommy!’ because I feel so disrespected. This time, I restrained his arms and looked into his eyes. I saw sadness, frustration and that he was overwhelmed. It was like a switch flipped within me from anger and hurt to compassion and empathy. I could see myself in him. My instincts completely took over before I was able to even consciously understand what I was doing. I brought him close to me, held him tight and said, “I’ve got you, it’s ok“. His tense little body almost immediately collapsed in my arms. I held him for a little while, continuing to tell him it’s ok until he calmed down and eventually fell asleep. Ever since he was a baby, he’d want to have contact while he sleeps by putting his hand on my chest or cheek to know that Mommy is there. He hadn’t done that in a while, but that day I stayed in bed with him until he wasn’t looking for me with his hands anymore. 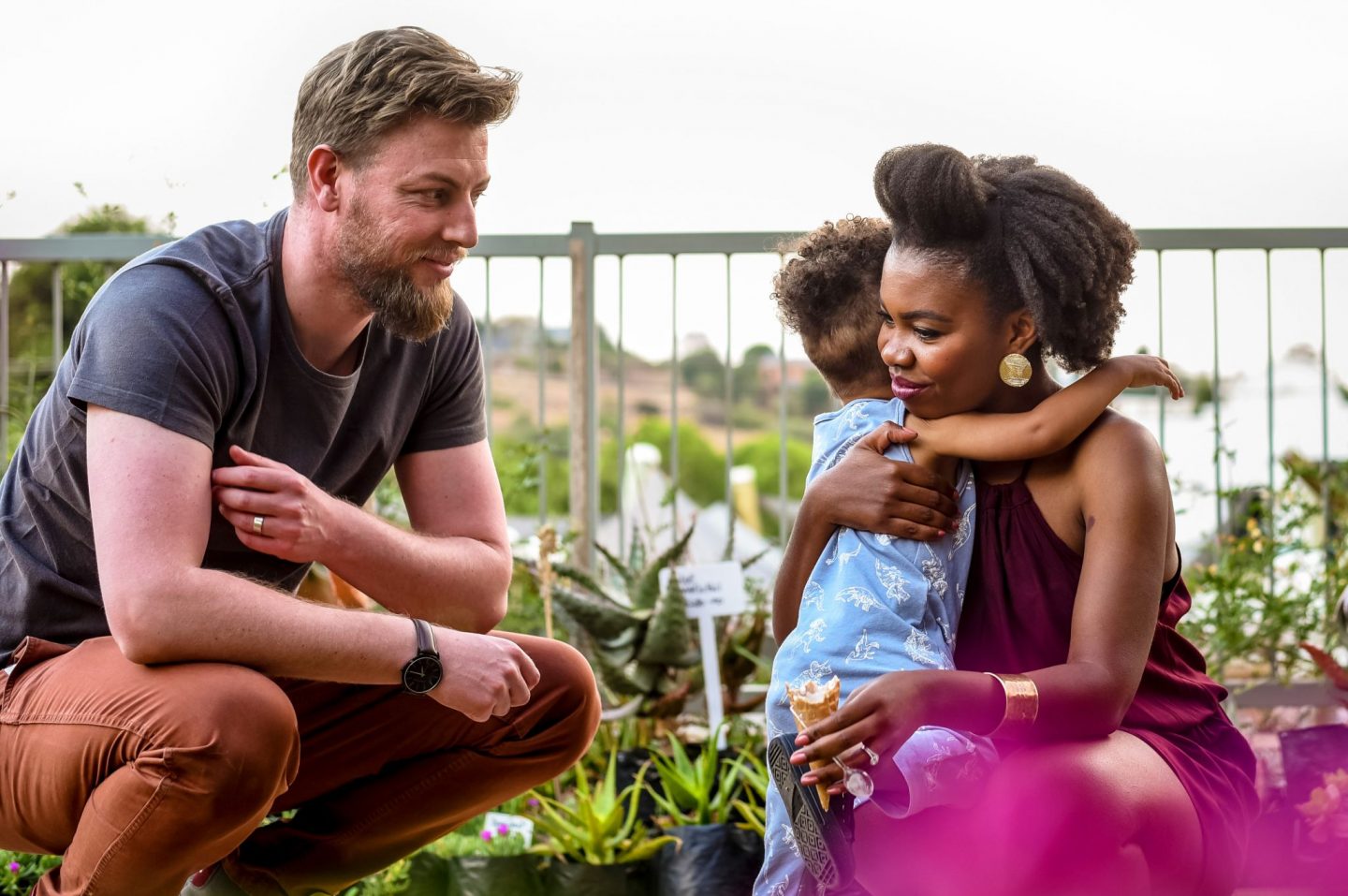 I felt a great sense of calmness at that moment, and long afterwards. I reflected on it later and realised that all this time I’d been making it about me, and how I felt about the whole situation and not understanding why he reacts that way. It clicked that this is a whole new ball game of parenthood. The first two years were about keeping him alive, and Kevin and I have completed that stage of parenthood. We fine-tuned our senses and became able to tell when a survival need had to be met – needing to eat, sleep, poop etc. Now, emotions are thrown into the mix and that’s a completely different set of tools we need to start teaching and helping him manage. I believe the real hard part of parenthood has revealed itself. At least, for me. It’s about helping him understand that it’s okay for him to feel angry, frustrated, disappointed and upset. Just as we praise him for feeling happy, excited and all of the so-called ‘positive’ emotions, it’s our job to make sure he understands how to manage them all and not silence some. At the end of the day, he’s human and he needs to learn how to channel the genuine feelings of anger and frustration, not to displace it. It’s ok to be angry with Mommy, but it’s not ok to hit Mommy when you’re upset. For his age, Kai’s vocabulary is brilliant. So, we started encouraging him by saying “use your words” not just to describe things, but also to communicate how and what he’s feeling. I’m concentrating on fine-tuning my ability to identify his emotions so I can name them for him when the words escape him.

At that moment a couple of weekends ago, my motherly instinct was able to tell me so many things:

This boy is tired, sad and frustrated. You need to overcome your anger, your disappointment in him and frustration in the situation and be able to tell him, it’s ok to feel what he’s feeling. That Mommy is here. Mommy knows how he’s feeling and it’ll be ok.

I was able to tap into that energy and knowledge the next day when he was acting up again, and I could see that he was starting to get aggressive. Again, I restrained him, looked him in his eyes and calmly said ‘Kai does not hit Mommy. Is Kai tired?’ He said yes. So I told him we were going to get ready for bed and sleep. Immediately, he calmed down. I was able to help him express what he was feeling, and he was then able to know I feel safe. It’s ok for me to feel this way, it’s not a bad thing. My husband and I have agreed to make sure that when we discipline him, we’re not punishing him for reacting to genuine emotion. I know we have a long way to go as parents, and I remind myself often this is the first time we’re doing it. I’m mindful that this is a new chapter in our journey of raising a good and well-meaning person.

Kai’s not hitting me half as often as before, and my reaction is no longer anger, shock or feeling so hurt by it all. It’s more: I’m his mother, I am in control. I have to use my emotional barometer to be able to channel his. I can’t go out of whack, because then he will too. I don’t think any of us really know the answers, but I believe this is so far the best way for me to deal with this stage. At the end of the day, we’re all learning and finding our way, so #TrustYourWay.

What has, so far, been the toughest stage in your journey of motherhood? How did you overcome it? Or if you’re still in it, what help are you looking for? How are you teaching emotional intelligence?

In partnership with Baby Dove. Photography by Robyn Davie.