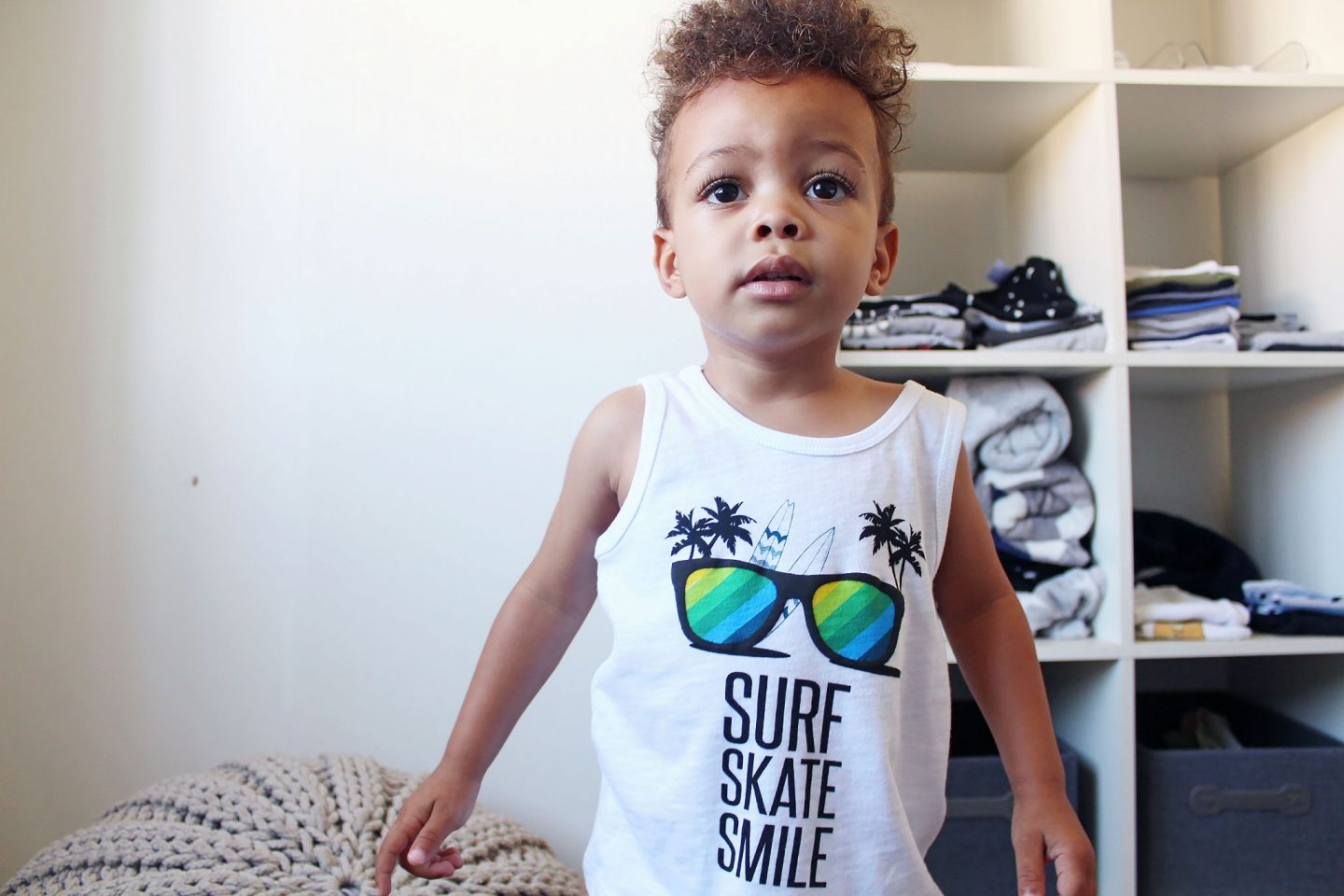 Motherhood is a trip.

You’d think that after the whirlwind that is the newborn stage, the torturous teething phase, and seemingly never-ending formula period, I would be excited about the fact that Kai has finally said goodbye to his beloved bajee (Kai’s bottle). I actually don’t even know if I’m spelling it right because he made the word up. And yet, here I am, feeling quite sentimental about it all. Just as I’ve started to really get used to this whole motherhood thing, my baby is, well, no longer a baby. And there’s something about that which makes me sad.

Could we rewind for a second to when I remember breastfeeding this boy of mine? I remember us cuddling on the nursing chair like it was yesterday. I also remember trying to feed him solids for the first time, and him slouching in his high chair, crying at the thought of being given something else to eat other than milk. Then those precious moments when he started crawling frontwards. He had mastered moving but could only go backwards and would get frustrated when the item he was eyeing was moving further and further away. Then the moment it finally clicked and he pushed his little body forward to such delight. I remember propping him up on my lap and playing “Mummy’s Hand”, a made up song I’d sing to him to help his new eyes focus.

There are so many amazing baby moments that have passed by too quickly. And I’d just like a little pause before we dive into the world of childhood. Yet, I feel like everyone else is ready to move on but me. Kevin has been pushing for Kai to get potty trained, while I wouldn’t have minded waiting for a little while. After we failed miserably over Christmas, his school came to the rescue and has been training his whole class. This week, he’s been going to school with just underwear on (how insanely cute are those itty bitty briefs?!) He’s not completely nappy free yet and of course still wears one at night, but when I saw him in his undies for the first time, my heart sank a little. Of course, I’m happy that my child is growing. It’s the whole aim of parenting. And while I’m so proud of him, my heart sank because it clicked that this is really the last baby thing he’s going to have. No more bottle. No more nappies. I do have to say, our wallets are definitely happier at this prospect. 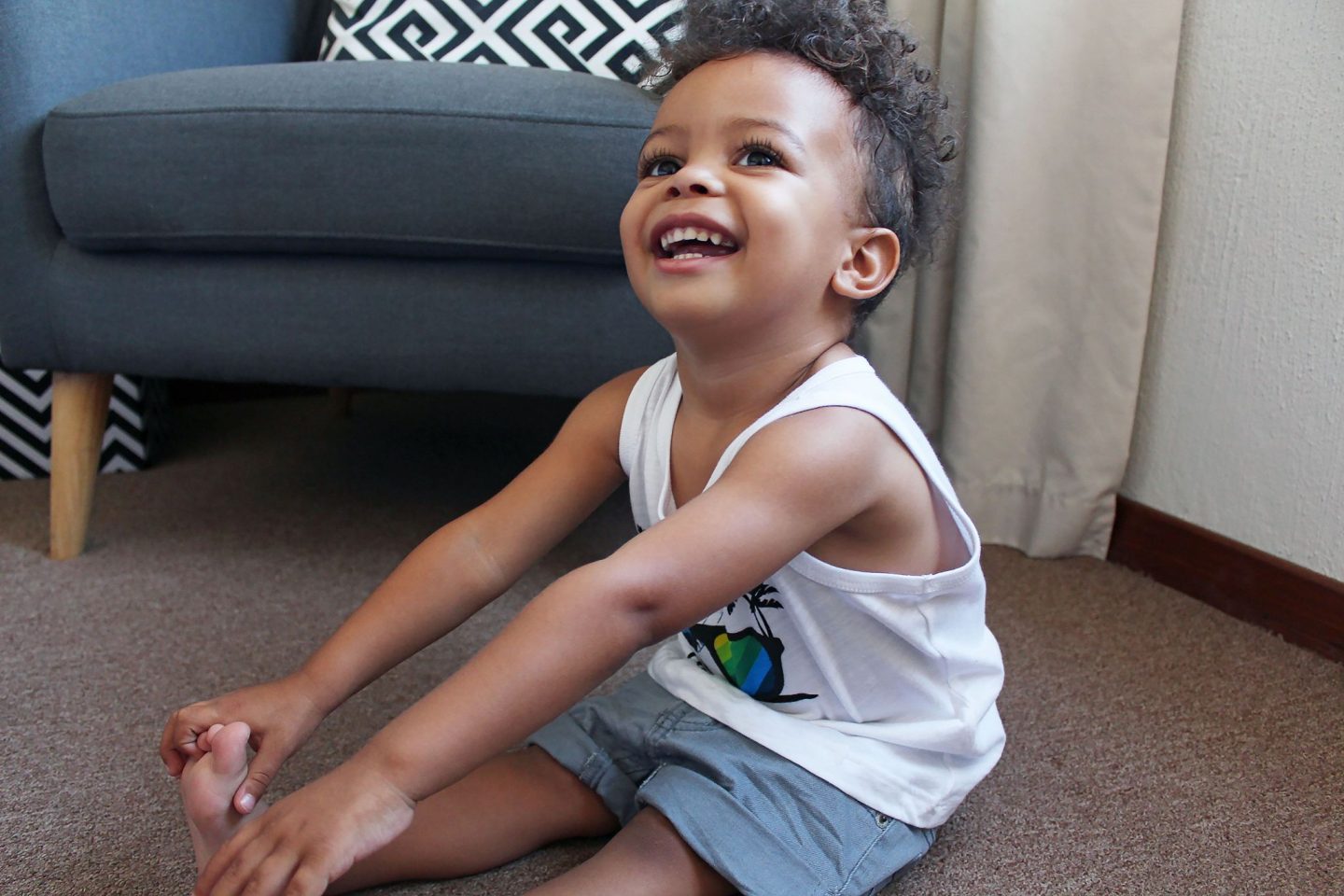 We encourage him to do as much on his own as possible. We, of course want to raise an independent young man. But I still like to be his mommy and do things for him, or at least help him do stuff. He’s very headstrong and now insists on feeding himself or arguing with me about what he wears. I let him because I believe it’s important for me to encourage some sort of self-agency, but if he starts to pick out his veggies at dinner and only eats the pasta, then the mama in me has to step in. Don’t get me started when he insists on wearing his sandals when it’s raining outside. It’s just weird to think of a time he won’t need me at all anymore.

When more experienced parents tell me to cherish this time because it goes by so fast, I believe them. I was (funnily) never the mom who couldn’t wait for him to walk or get to the next milestone, I just wanted to enjoy as much as I could of the stage he was at. So, I’m glad I’m soaking up everything. But time is still going so fast. I know this post is a bit all over the place, probably because my emotions are too. Motherhood has been the toughest and yet most amazing experience. There are times I just wish the evening will come so I can press the reset button. Then others when I wish the day wouldn’t end because we’ve had a series of sweet moments. My son honestly makes me laugh more than anyone else. He’s so hilarious, sharp and cheeky. And those kisses! Snuggling and cuddling with him are hands down my favourite thing to do. Suffice to say, I totally get why so many women get the broody itch for a newborn around this toddler stage.

How are you doing on your mama journey? How did you handle the transition of baby to child?