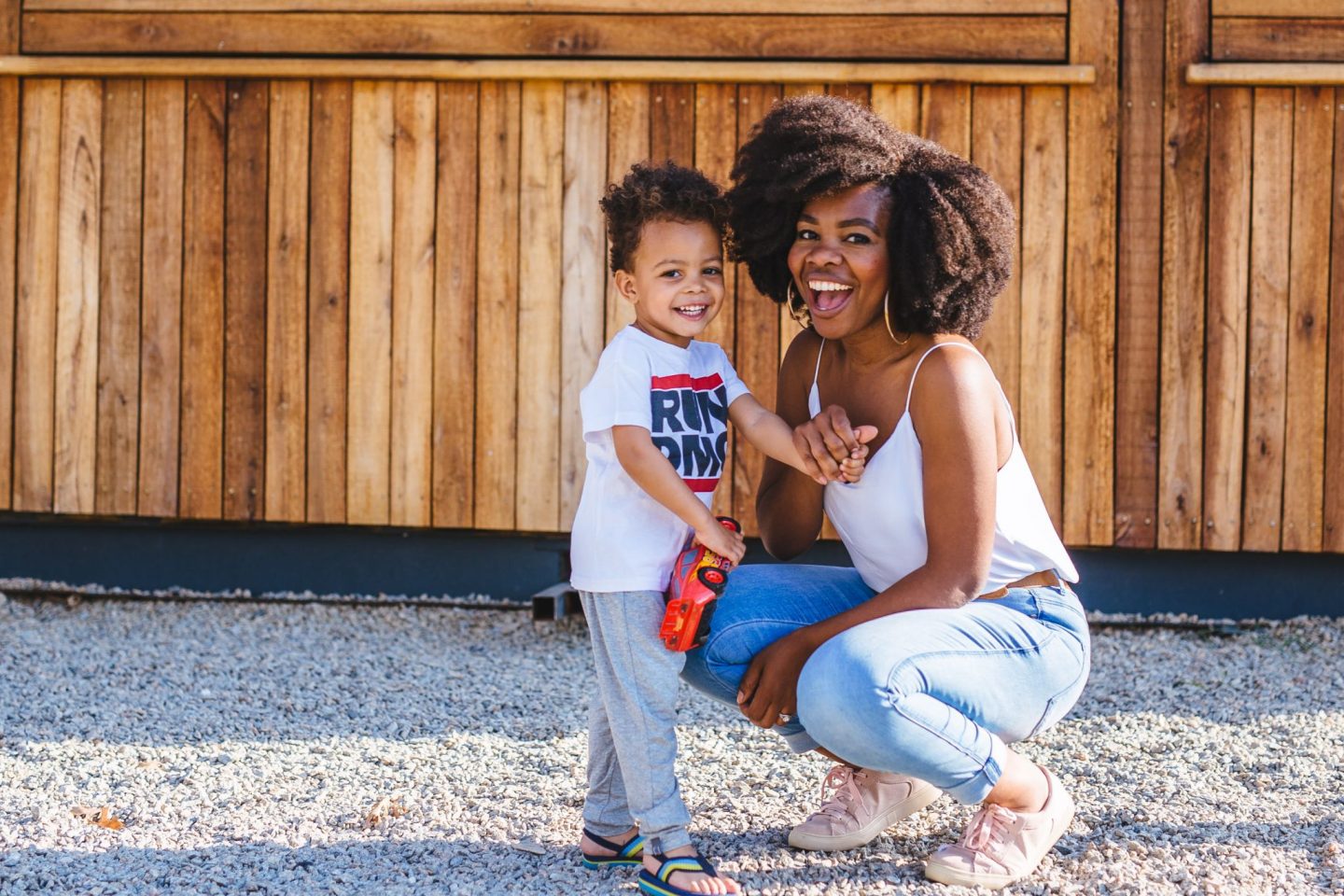 I feel that I’m going through a very interesting part of my journey as a mother. I’ve always loved my son, from as soon as I knew I was carrying him, the love was there. The care, the concern and the worry all showed up simultaneously. I never doubted that even though pregnancy wasn’t what the media promised me, I was going to love my child. One thing that I never really understood is how mothers could say that they were in love with their children. Now, three years on, I can say I’m actually in love. I mean, there’s no other term to describe it. It was gradual and honestly crept up on me. The tantrums have definitely gone up about 200 notches, but the good times have also.

The Squeeze is Worth the Juice

Before I get into it: I know. I know. The biggest reason why I started to share my story of motherhood with you was to be open about some of the often unspoken realities of pregnancy and motherhood. I still believe that there are many sides of motherhood that are unexplored – most importantly because they’re deemed too shameful to share in public. I think that just focusing on the good, happy and movie-like moments is doing a massive disservice to the entire 360 experience of motherhood. I’ll be the first to tell you it’s not all rosy. It’s hard and it’s messy. It’s draining and it’s frustrating. It’s confusing and it’s lonely.

But it’s also magical. Witnessing a person grow from complete helplessness to trying to tie his own shoe is nothing short of magic. And these moments are worth mentioning. The love I feel for him is still unfamiliar somehow. I guess considering I’d already lived thirty years before I met him, he and my feelings toward him are still new to me. And yet, he also isn’t. I see so much of myself in him and many times I have surreal moments where I feel like I’m speaking to a three-year-old Aisha. It’s the biggest mindf*ck. I don’t want my narrative of motherhood to be that of only struggle. It’s there, I more than acknowledge it. I just want to pause and enjoy this good bit.

Here are some of my favourite things about being Kai’s mom. 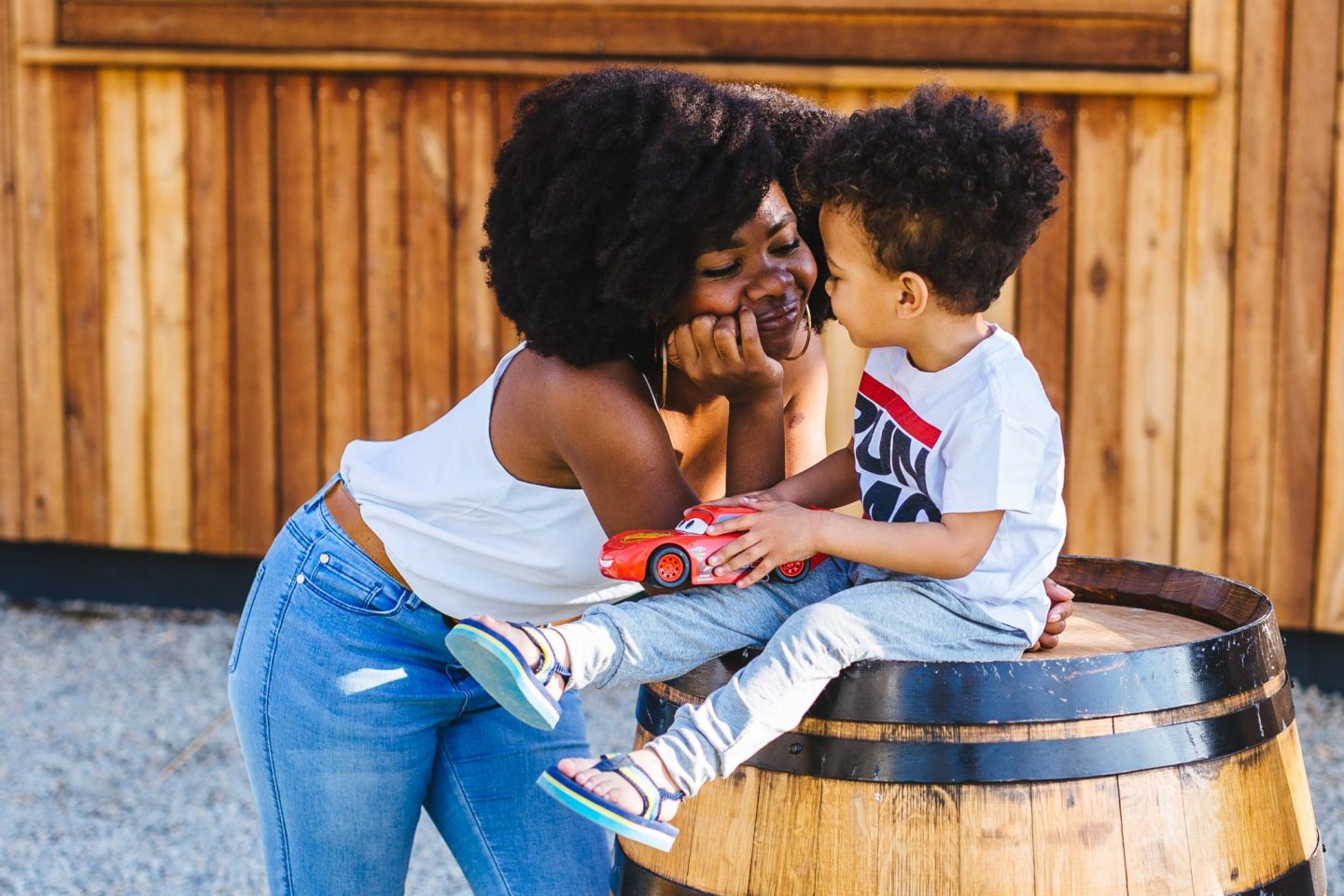 Why I’m Loving Being a Mom

We have the best conversations

I could tell from about a month in that my boy was going to be a talker, and just like with most first time moms, I couldn’t wait until he said his first word. It was a bit of an anti-climax considering it was some derivative of ‘dad’ – why that happens with a lot of babies I will never know. What I really couldn’t wait for was having an actual conversation with him. I was so curious what kind of person he’d be and I’m finding it amazing getting to know him more. He’s funny, insightful and sharp. He’s also a bit cheeky, which reminds me a lot of me when I was a little girl (and still now, to be honest). He can tell me what he got up to at school and sometimes remembers too much what I or his dad told him about something. He’s, of course, a bit shaky with placing events in their proper chronological timings but he’ll get there.

He’s applying what we’re teaching him

I can’t describe the joy I feel when I see Kai doing something on his own. Even better is when I can see that what I have to say literally influences him. I mentioned in my Instagram stories that when Kevin and I gave him his birthday present, the first thing he said was ‘thank you’. Completely unprovoked or encouraged. I almost cried. I emotional by the moment – his excitement and surprise that the birthday celebrations were continuing after school and that he’s getting a present from Mommy and Daddy. A present that his dad took a while to look for. It’s something I can say I’ve taken for granted – that I am who I am because my parents instilled certain values in me. There’s a sense of pride that comes with seeing your own child not just copying you after you instruct them to thank or apologise to someone, but him doing it for himself is proof that what I’m teaching him isn’t going through one ear and out the other. 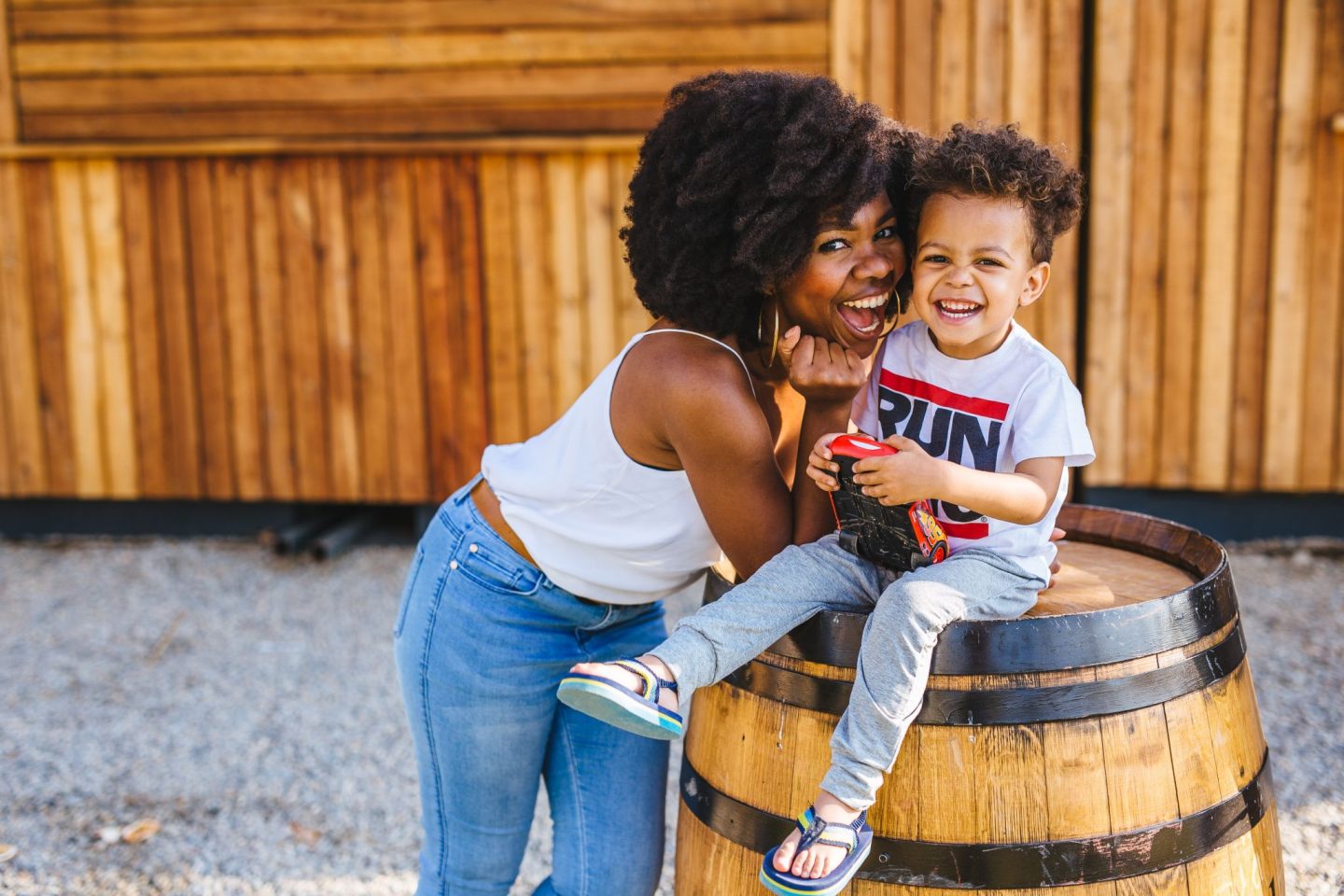 One of the biggest lacks I had growing up was that of physical affection. It affected me for a long time and was something I craved. As an adult, I now understand the cultural and traditional reasoning behind it and I’m empathetic to my parents for it not being a part of our childhood. Yet, it’s something I knew I wanted my children to grow up being familiar with. I can honestly say, that Kai’s kisses and cuddles are hands down the best medicine for a long, stressful day, start to the morning or just middle of the day chit chat. I’m so grateful that he knows he can be affectionate with both of us, anywhere, anytime. My arms are always open for a cuddle. And when he cuddles with his Daddy? My heart just explodes.

The pure wonder and magic of re-discovering the world

A huge part of me believes that as much as we are teaching our children how to live in the world, they teach us how to be grateful for it. Before I became a mom, I thought I’d seen and experienced everything for what it was. The sky was the sky, the birds tweeted and animals were called what they’re called. Now, when he wakes up we take a moment to say good morning to the world. We look out of his window and chat about what the birds are doing, how blue or dark the sky is, and what sounds the neighbours are making. There’s a genuine wonder he has with everything – because everything is new to him. I challenge anyone who is a present parent to say that the way they see the world hasn’t changed. I find beauty in the seemingly small things because of Kai.

Seeing my husband and me in him

One big reason why I wanted to have children with Kevin is that I loved the idea of creating other humans that are half me and half my favourite person. I’m finding it so fulfilling seeing both of us in our son. He has Kev’s humour and mischief and my temperament and particular preferences. He has a strong personality, like both of us. He’s stubborn as hell – also like both of us. He also has a big heart which he shows in small and big things.

Yup! I’m in love. Thank you for indulging me and letting me gush about my son. Go ahead, mamas. It’s not every day that you get full reign to brag and share what’s so amazing about your child.

What do you love most about being a mom? Drop your appreciation below!