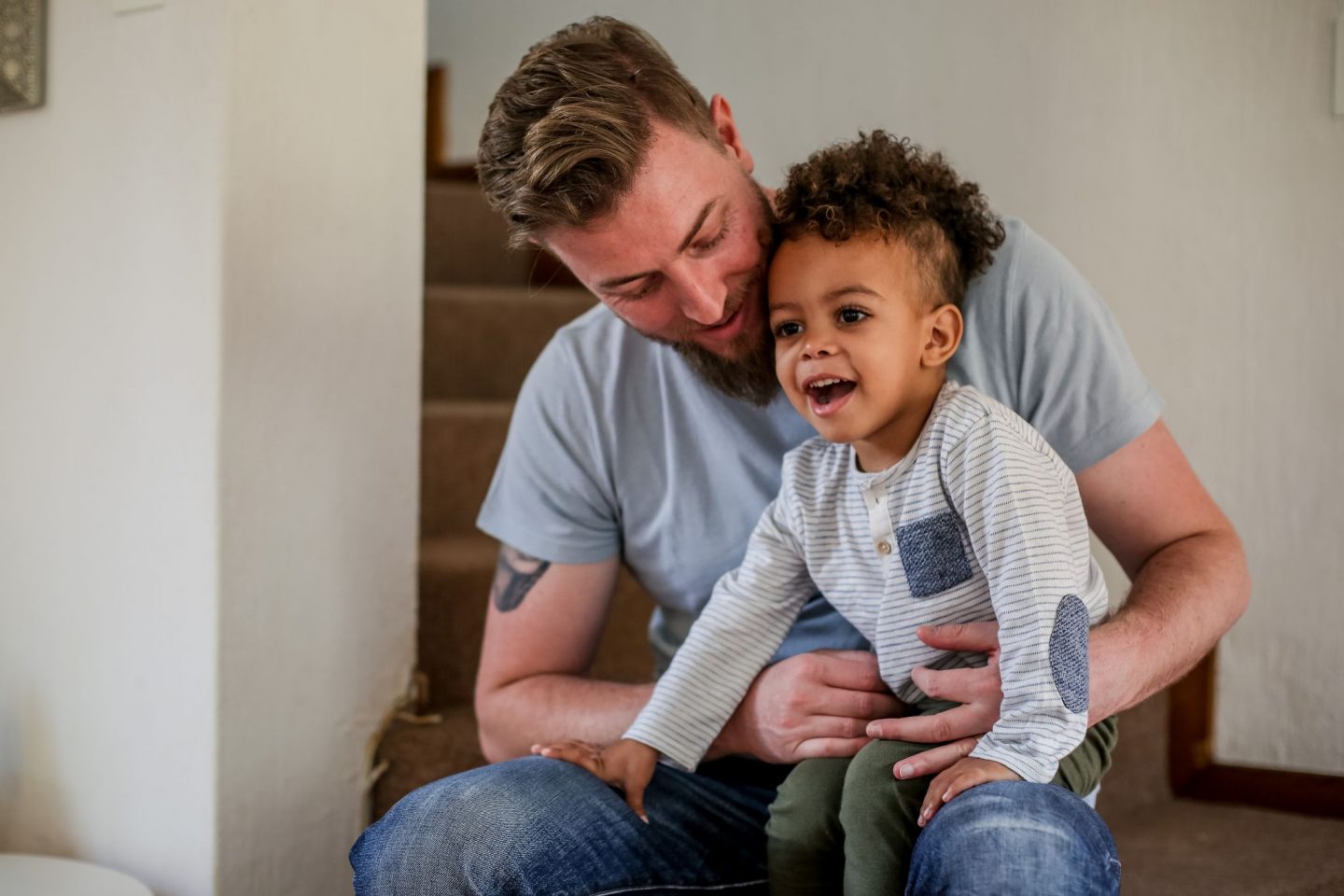 There’s no doubt, us moms are expected to be hands-on, and so we are. I mean, the term ‘hands-on dad’ is questionable as there isn’t really a female equivalent. It made me wonder what the world would be like if the same that was expected of us was expected of dads. As progressive as 2019 is, at least compared to thirty years ago, we still have a way to go with how involved dads are in the home. Of course, the responsibility of this relies on the father. But I think we could do a few things to help him on his way.

Expectations are a ceiling, so the lower they are, the fewer things will happen. As first-time parents, you’re not going to know everything that you’ll be thrown into but there are some basic responsibilities that most people know come with parenthood. Of course, things may change after the baby arrives, but it could help to talk about what’s coming ahead, and agree to share responsibilities. Being on the same page from the get-go can help to avoid a lot of unnecessary arguments about whose turn it is to change the nappy.

Bathing and grooming: I know Kev was a bit nervous about bathing Kai for the first few times. He was involved from the start and would put his bigger hands to use by holding Kai, while I’d gently wash him.

Nappies: it might be worth discussing if this is a no go for him or not. Personally, the hospital gave Kev no choice and taught him how to change my Kai’s nappy, so he knew how to do it days before I did! It’s an obvious task but it’s really helpful when you’ve just finished feeding the baby and he or she now needs a change. As Kai got older, Kev made it a game by competing with himself on how quickly he can do it. Hey, whatever works!

Household chores: having a baby doesn’t stop the normal errands to be done and this is a great way for him to support you. If your husband can’t cook, can he pop the clothes in the laundry? Or vice versa. Even if he has no domesticated cell in his body, something as simple as washing the dishes will go a long way to relieving you of some of those household responsibilities.

Be specific on how he can help

I think a lot of new dads want to help but are too proud to ask how or aren’t confident enough in their parenting skills to just try it on their own. Designating certain tasks to your partner can go a long way, and encourage him to get more involved when he sees that he’s helping and capable of doing it. Kev became a master swaddler. No matter how many times I tried, I just couldn’t wrap Kai snug enough in those cloths and he’d hate it. So, hubby was the designated (and might I say proud) swaddler. When it came to cutting those ever-growing baby nails, I was too scared to, so Kev did it. He still cuts Kai’s nails today. When Kai got bigger, he could soothe him on his chest quicker than I could because there was more surface area for him to actually rest on. Use his size and strengths to your benefit! 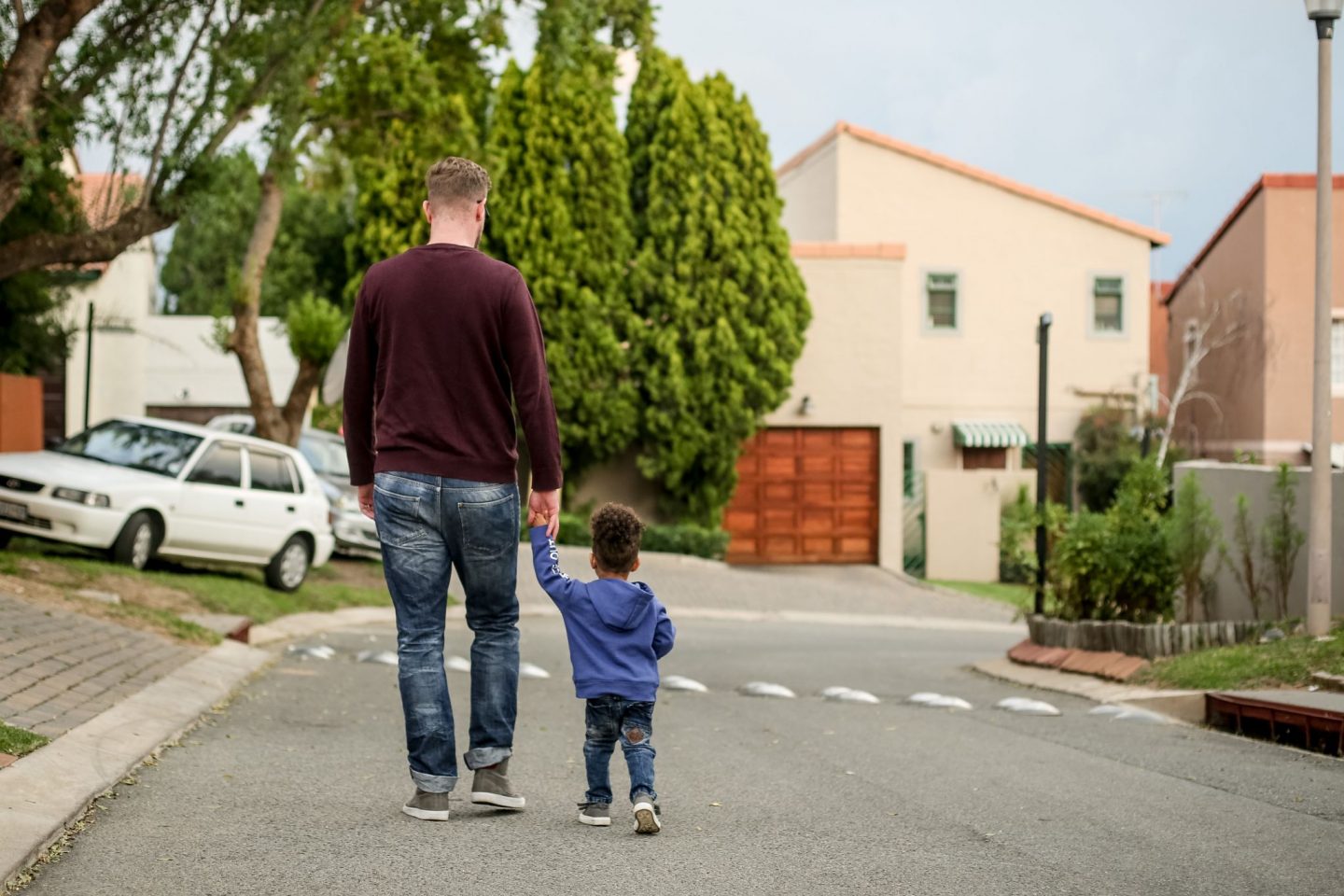 Let him be a dad

Many of us first-time moms had no idea what we were doing. We had to get to know our baby’s cries, personalities and essentially, found our feet in motherhood. We did so by trying, failing, learning and trying again. The only way we could realistically do this until we got it right was time. But, society at large doesn’t really have that expectation on the dad. Just look at the stark difference between maternity and paternity leave. Granted, the mother does need more time off work because, well, her body just popped out a human. And yes, South Africa recently extended paternity leave from 3 days to 10. Yet that pales in comparison to the time a mother spends with her child, so of course, she’ll know the baby better. And some of us use that as a reason to always do things for the baby, even if we could do with a break.

Not giving a dad space and opportunity to get to know his child won’t benefit anyone. You may have perfected getting junior to sleep by rocking him in your arms while listening to a certain song, but only because you’d tried seven other methods first. Try and be patient and let dad figure out his own way to do it. Who knows, he might even stumble on something you didn’t even think about. Trust him and he’ll become more confident. He may not do things the exact same way you do and that’s ok – he’s the dad and you’re the mom. You’ll always be different in how you parent, but as long as it’s done, baby is happy and safe – then all good.

When he does get something right, even if it’s not how you’d do it, a little praise can go a long way. As much I expected Kev to do certain things, I still always thanked him for it. Ok, not always but as often as I’d remember to, I would. It’s a small word but can mean so much for him to hear that he’s doing ok – especially coming from the socially expected expert on parenting (ahem, I’m referring to you). Imagine being told most of your life that you can’t change a light bulb. Then, the first time you do it, the light switches on. Wouldn’t you be chuffed if your husband told you that you did a good job? The bulb might have needed more screwing on, but you did it all the same. I realize that this may not be the best analogy but I challenge you to come up with one close to parenting. The point is, it will encourage him to want to do it again next time.

This may seem like a guide only for the new parents, but if he’s hands-on from the start, chances are he’ll continue to be because the bond and his confidence will be established. It’s then about continuing to nurture that.

Do you have a hands-on partner? How do you support him?