When Kenzo was around 6 months old, he had a bad night. He couldn’t sleep without me breastfeeding. It was one bad night, that turned into a week. That turned into a month. That turned into five months. We were at our wit’s end and not prepared to wait until he was 2 years old to sleep again, like we did with Kai. That’s when we reached out to Goodnight Baby, a professional team that coaches you through teaching your baby how to sleep. Yes, they exist. No, it’s not easy. But being sleep deprived for 5 months straight wasn’t either. So we embarked on a two-week sleep training.
Here’s what happened.

Before I go into detail, let me give you context. I know that many non-parents roll their eyes at parents because sleep seems to be the main thing we complain about. Apparently, new parents lose an average of 6 months’ sleep in the first year of their child’s life. So according to this stat, Kev and I called for help at the right time. During Kenzo’s first 6 months, he was the mythical baby who slept through the night from the get-go. At his 6 week check-up, I whispered to his paediatrician that he can sleep about 8 – 9 hours at night and admitted I was worried. Is this ok?! She reassured me that although rare, some babies are great sleepers even at that age and I should count my lucky stars that we got one of those. We just had to make sure he ate well before bedtime and was fed again first thing in the morning. I kept waiting for the other shoe to drop.
Then at 6 months, it happened. He woke up in the middle of the night and the only thing that soothed him to sleep was my boob. We woke up the next day, not knowing it was the beginning of a long sleep regression that got worse and worse. He’d wake up several times a night and after a week of that happening, we stopped putting him back in his cot and unwillingly started to co-sleep. We’d have to balance on our sides to make sure we weren’t not rolling over him in the middle of the bed. I was finished from always having to feed him to sleep. Kenzo got so sensitive, he’d wake up as soon as my nipple was released from his latch. And then we’d have to start all over again. Kev and I were tense, with each other and with life in general. In May, we decided that enough was enough and started doing research into sleep training. We never did it with Kai, and the first time he started sleeping properly after two years!
We weren’t prepared to wait that long this time around. 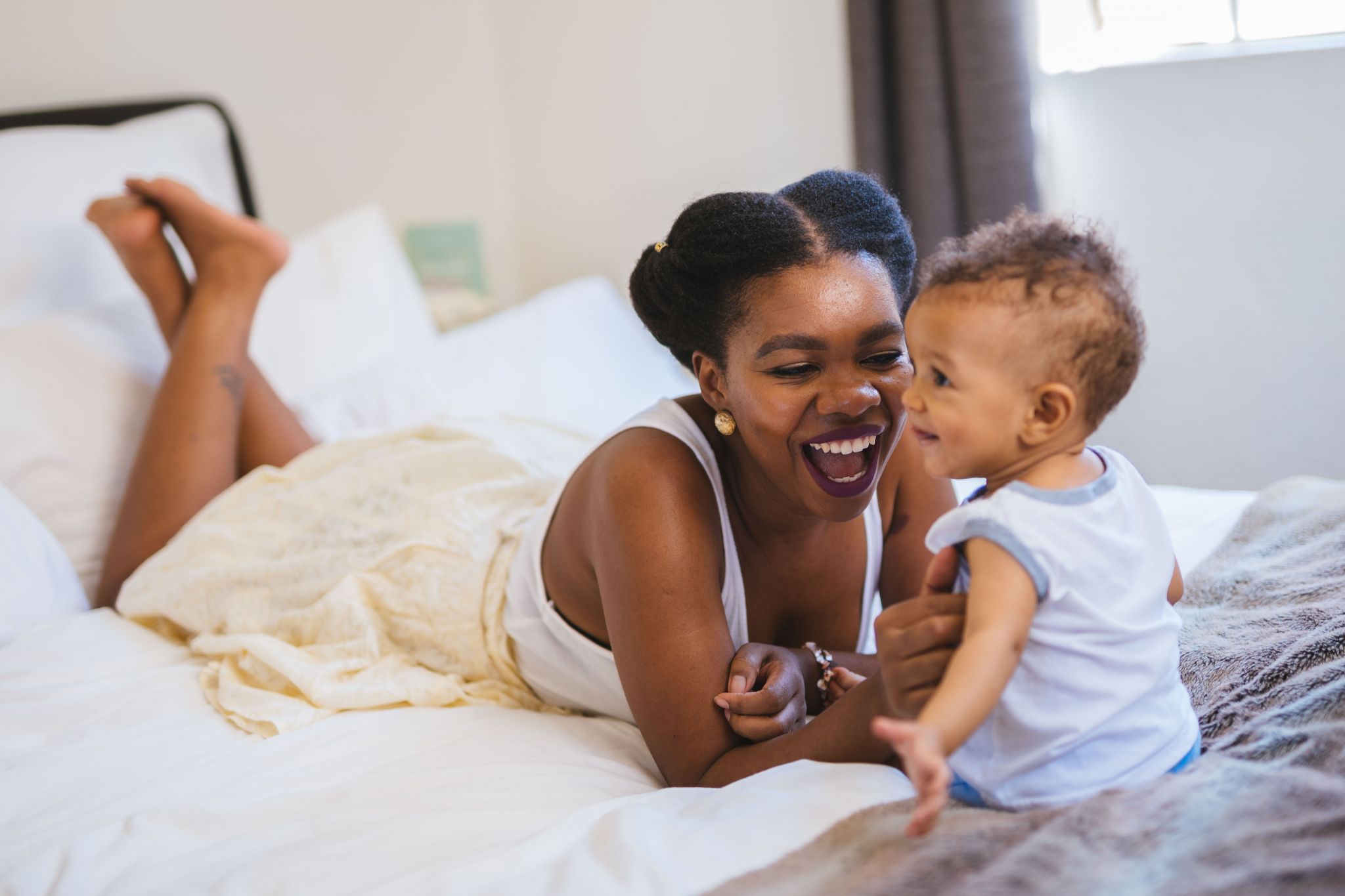 I reached out to Jolandi of Goodnight Baby. She was more than happy to take us – actually Kenzo – on as a client. I think it’s cute that their client is actually your baby. Before getting started, I completed a very comprehensive questionnaire that covered everything from what Kenzo eats, when, how to what he wears to sleep and even photos of our room so they could see his sleep environment. It was then analysed by my consultant Marilize, who followed up with a conference call with me and Kev. The consultation was long but very informative. She explained how sleep cycles work, why babies wake up and how they learn to fall asleep.
Basically, the entire training was to teach Kenzo how to sleep. Just like we teach babies how to do everything else, sleep is a skill they need help with. She warned us that it wouldn’t be easy, but she would be there through it all, touching base on WhatsApp and being our cheerleader. She put together a very customised sleep plan and routine for Kenzo based on the questionnaire and of course her expertise on baby sleep. The techniques and advice they give are all backed up by research and experts. It wouldn’t be helpful for me to share Kenzo’s specific schedule with you as each baby is different and your baby would have their own plan. To give you an idea though, before the sleep training, Kenzo’s night schedule was:

Marilize’s plan said that he needed to be in bed and asleep by 7 pm latest and on a schedule that made his awake time no longer than 3.5 hours. And that was very specific. It meant that we’d be training him to nap during the day too. I don’t know why it only clicked later to me how nap times can impact bedtime. Of the two, I found nap time the most challenging.

You know me, I’m not going to sugarcoat it. The first week was hard. It started out by editing Kenzo’s bedtime routine order to this:

I started this training on a Friday so I could have the weekend to adjust to it. Kenzo’s worst night was the first one where everything had changed. From days 1 – 4 , I’d do his bedtime routine, then I’d sit next to his cot until he fell asleep before leaving. On the first night, he woke up several times, and I had to fight everything in me not to pop my boob out to settle him. He eventually slept after about 30 minutes. On the second night, after 15 minutes back and forth, he slept. On night 3, he slept for 12 hours – 6.30 pm – 6.30 am. Something he has continued since.

As the days progressed, I’d move the chair closer to the door. On day 5, I did the routine, kissed him goodnight, then left the room. I could only check on him every 10 minutes if he was crying. After checking on him about 4 times I had to tag-team Kev to take over. I was so emotional. Less than an hour later, he slept. That was the peak. I questioned it all the next morning and tearfully sent Marilize a message asking why I had to leave the room. It felt like I was going against my instincts to comfort my child. To which she explained so well that this was the last thing we had to remove from Kenzo’s sleep associations. We started by removing my breast but he was still relying on my presence to fall asleep. It only clicked recently that Kai still has this same problem and that’s why when he wakes up and I’m not there in the middle of the night, he needs me or Kev to be in the room. Day 6 went much better, and by day 8 or 9, he stopped crying for me when I’d leave the room.

Week 2 was a breeze compared to week 1. I had bedtime on lock, I even combined Kenzo and Kai’s routine so they’d eat dinner and bath together again. I started putting Kenzo down at 6/6.30 pm and then move over to read Kai his story and be asleep by 7 pm. It’s worked beautifully. Naptime has been a different story. Kenzo really resisted nap times, especially his second afternoon nap. So it’s been tricky. But we had a good day or two where he’d sleep so it kept me hopeful. 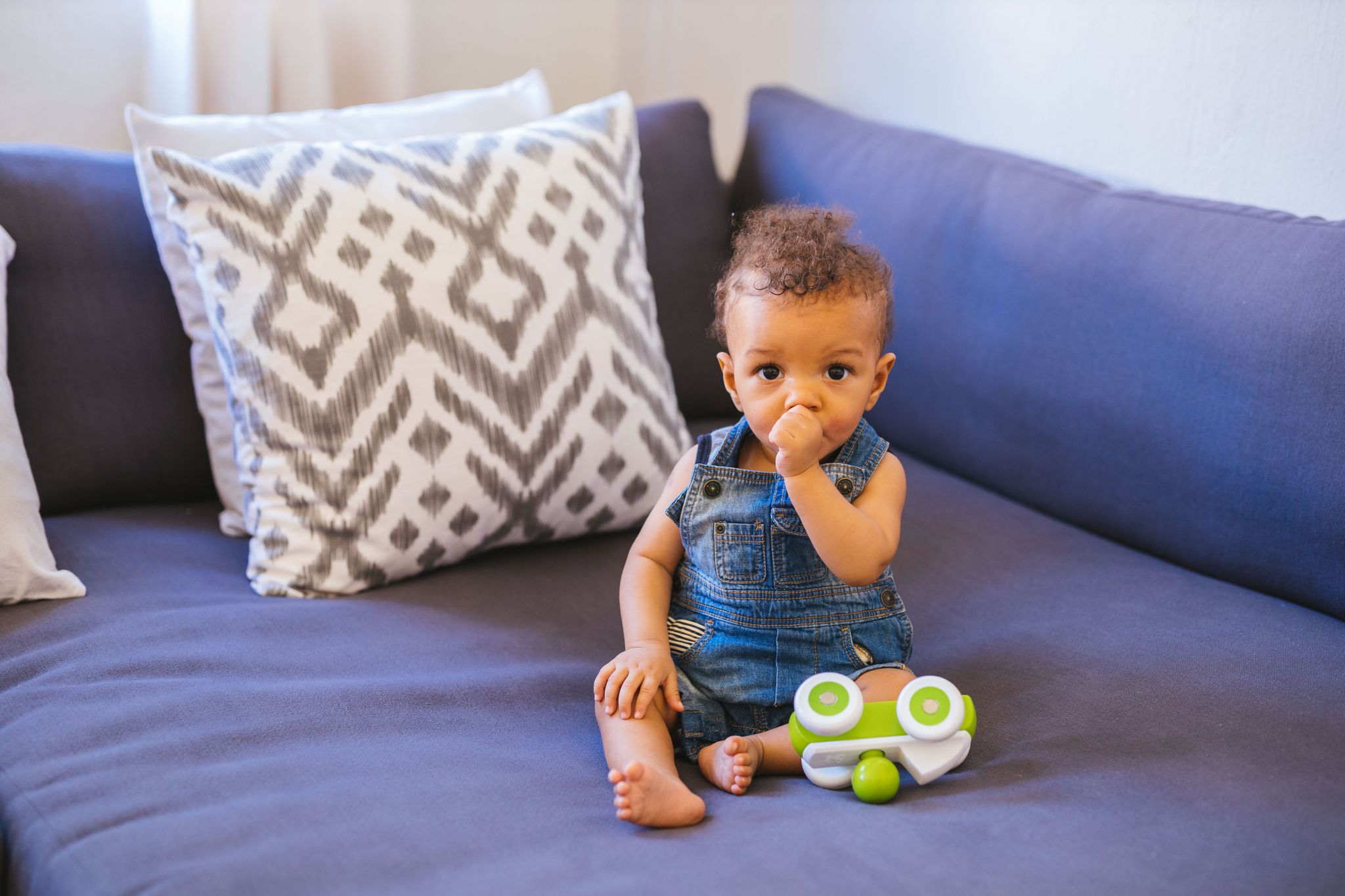 It’s been a month since we worked with Marilize and Goodnight Baby. She’s checked in on us a couple of times after the initial two weeks ended and had an exit consultation with me for me to ask whatever questions I needed. She mentioned that nap time can take quite a few weeks to get used to. Kenzo’s gotten better with his morning nap and sleeps mostly with no issues. We’re still working on the afternoon nap. I’m proud (albeit nervous) to say, he’s been sleeping through the night for a month now. We didn’t get here easily. Looking back on it though, I honestly wish we’d done this all sooner.

Would I recommend Goodnight Baby?

Absolutely yes. Honestly. It wasn’t easy, and they know that. That’s why they pair you with a team member to help and support you along the way. It’s changed our lives, Kev and I have evenings now. We have an extra 2-3 hours we didn’t before and that’s gold. Our baby isn’t cranky throughout the day and he happily puts himself to sleep at night, no complaints. Kai is another story!
Mind you, having a sleeping baby doesn’t automatically mean that I’m sleeping. Apparently for new moms, even if your baby is sleeping, our cortisol levels can still be high (so we’re on alert to listen out for our baby needing us) and that interrupts our sleep. I know that my lack of routine and recent stress levels haven’t helped there either. All this to say, I think I’m the one who needs sleep training now.

Goodnight Baby packages go for R1 995 – R2 430 depending on the age of the child. They include the consultation, a customised sleep plan and 2 weeks follow up. They assist children up until the age of 13. For more information, have a look at their website and their blog for helpful articles.

What’s your sleeping situation? Is your baby or child sleeping through the night like Kenzo or still waking up sometimes like Kai? Would you hire a sleep consultant for your child?